Senior Jacobi Boykin’s left fibula broke out of place as he slammed a Lindbergh wide receiver to the ground.

He didn’t hear the crack of the bone.

He initially couldn’t even feel the pain.

The adrenaline began to wear off and with it came the pain of breaking a major bone, the pain of seeing a game, a season, diminish.

Five plays later, Boykin finally staggered over to the sideline.

During the third quarter of Thursday, Sept. 25’s 22-16 win over Lindbergh, running back and linebacker Boykin saw his last minutes wearing the navy blue and kelly green colors as his brake became one of the approximately 1.4 million sports-related injuries to high school athletes last year, according to the Center for Disease Control.

“It really hurt my numbers as far as my stats and it made the recruiting process a little harder than it should’ve been or could’ve been,” he said.

Despite losing a few recruiters after his injury, Boykin said he gained several offers as well. Maybe not schools in his originally desired division, but offers nonetheless.

“When it happened I had to stay positive,” he said. “If I was all negative about it, everybody else would’ve been negative about it. If that would’ve happened, I’m pretty sure the season would’ve ended way worse than it did.”

The Mustangs finished the season 4-6 after a heartbreaking playoff loss the second time they played Lindbergh.

Boykin watched from the sideline, something he said was the hardest part of his injury.
“It made me appreciate [football] more,” he said. “Of course everybody gets days where they don’t want to be at practice or something, but I would kill to have another day of practice that I could actually do something in.”

Alison Donjon, MHS trainer, has been working with sports injuries for the past three years. She said about 25 percent of the injuries she sees in a year require doctor attention.
“We do everything we can so that they do get back to normal,” Donjon said. “So the doctor, obviously, they’re going to make sure that they’re back to normal before they release them to play.”
Donjon said almost every athlete ends up making a full recovery, but the process can be long and hard.
“These kids love these sports, that’s why they play them at a high school level,” Donjon said. “So, when they’re out for a while, they tend to get discouraged and kind of part of my job is to keep them at least doing something.”

To keep the injured from sitting idle on the sidelines, Donjon said she has them work out uninjured parts of their body along with their physical therapy.

Donjon said bad concussions and injuries involving surgery generally requires the most recovery time. During this recovery, she said it can be hard but also rewarding for her to watch students work to get better.

“There are kids who are really determined to come back and so they go to their physical therapy, they’re doing everything they’re told and then seeing them progress is more rewarding,” Donjon said.
John Meyer, head baseball coach, also has seen the effects of injuries up close in baseball players.

“We’ve typically dealt with some type of injury to a primary player almost every year,” Meyer said.
He said injuries, especially to arm joints, can occur when athletes overwork or don’t take care of themselves properly in training. He said the team carefully monitored workload in recent years to prevent these types of injuries.

“It’s heartbreaking when kids get hurt in high school, especially later in high school, like toward the end of their career if it’s a senior because you know they put their heart and soul into it, you empathize with them,” Meyer said.

“I think it’s a grueling, mental test that they have to overcome because taking any shortcuts in that situation is never gonna lead you in the right place.”

The frustration athletes feel during recovery can often be multiplied for those who want to play in college and are sidelined by injuries as scouts recruit.

“Kids are pushing themselves to get recruited and it’s a trap because I think it makes you do too much too soon,” Meyer said. “You overdo it and then your body usually doesn’t respond very well to that.”
Scholarships offers also can be taken back, so students already offered college play could see their opportunities threatened by a severe injury. In the midst of all this pressure, Meyer said it’s important to find balance.

“You just gotta trust the process,” Meyer said. “But usually kids try to rush into this and that’s when things go bad.”

Sydney Stickland, senior had a similar experience to Boykin as she received a severe concussion from during the girl’s volleyball season.

“I didn’t leave my house for a week, then I started to do physical therapy and only did half days for another two weeks,” Strickland said. “Then after that, I went to the nurse or the Library if I needed to and now I’m at school for the whole day but I have to wear sunglasses and my headphones.”
Strickland said her injury forced her to relearn things that she once did without thinking.

“I have to retrain my eyes to track objects and I have to be able to handle steadying my gaze because it bounces around a lot,” Strickland said. “I also have to do balancing exercises because I get really off balance and fall over.”

Since getting the concussion, Strickland said she had to give up many opportunities that she would have taken without a thought, like playing volleyball her senior year or playing in the powderpuff game. She’s also had to drop AP classes.

She said the toughest part lies in the fact that she is very limited to what she can do.

“I’m a very productive person, so its really hard to just sit there and do nothing at all,” Strickland said.
But, she said her concussion forced her to take a step back and focus on her health.

“It has definitely changed me,” Strickland said. “It made me a lot more patient and it helped me realize the importance of finding people who’ll support you no matter what.”

Kevin Schultz, head varsity boy’s basketball coach, said how well the student takes care of their body plays a heavy role in their recovery and their recovery speed.

“The kinder you are to your body with the sense of what you put inside your body and how often you work out and how well you take care of yourself truly determines how quickly the body will repair itself,” Schultz said.

Schultz said students who are recovering from an injury need to take everything in one day at a time.
“Keep your head up, tomorrow’s a new day,” Schultz said. 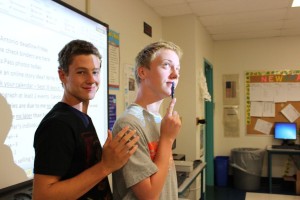 Kacen is a senior and he has been on staff since sophomore year.  At MHS, he's involved in speech and debate.  Out of class, he likes to play soccer... 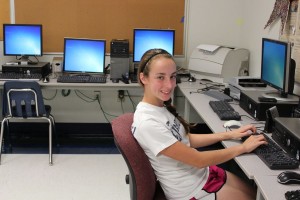 Catie Lambert is the editor in chief of the newspaper this year. She has been on newspaper for three years and has really enjoyed the experience. At MHS,... 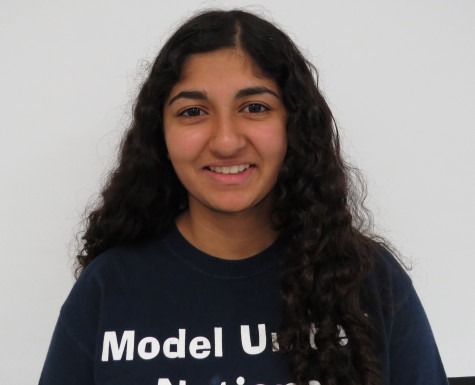 Devika Menon, senior, has been on staff for two years and is the news editor. She is involved in a variety of clubs like Model U.N and Speech & Debate....