For some students, a COUCH is a bed, and an ever changing parade of friends’ houses is home. This is homelessness; not the man in rags outside of Busch Stadium or the poverty struck family sleeping on the streets, but the boy sitting next to you in math class.

The 17 students at MHS who are officially classified as homeless come from a wide variety of backgrounds. Some are from middle class families who hit hard times and are now living with relatives. Others decided they didn’t want to live with their parents and are now “sofa surfing,” or staying with different friends for short periods of time. Despite their diverse circumstances, these 17 students all have one thing in common: under the McKinney-Vento Act, they are considered homeless.

Joe Davis, senior, was one of these students. His and his mother’s names have been changed to protect their privacy.

“I got into some trouble at home and my mom kicked me out,” Davis said. “There was a homeless shelter in Hazelwood and I ended up staying there for one and a half months.”
Davis stayed at a shelter called Marygrove, which provides transitional living for 150 children and young adults.

“We lived in these cabins and they provided food and we had recreational time,” Davis said. “If you’re over 16 you could roam the campus and walk down all around Hazelwood going shopping.”
Davis said it was hard living away from home and adjusting to a new environment, but the shelter was an extremely nice facility and he met many nice people while living there.

“My mom actually dropped me off there,” Davis said. “She was surprised that I actually didn’t want to come back.”

Davis said he was somewhat resentful of his mother for taking him to the shelter
“It really gets frustrating when your parents drop you off at an irregular place and they act like they’re sorry when they aren’t sorry,” Davis said.
But to Kelly Davis, Joe’s mother, Marygrove seemed to be the only option, she said.

“He refused to follow the rules of the house, he was disrespectful, he was not doing what he was supposed to be doing in school and it got to the point where we had irreconcilable differences, so rather than end up with a child abuse case, I found a children’s home that would take him and Marygrove agreed to take him,” Kelly said.

Kelly said that while Joe was angry and disappointed at first, when he returned from Marygrove he had a lot more respect for her.

“We still have our moments, but our relationship is doing much better,” Kelly said.
While living at Marygrove, Joe was officially classified as homeless, a word Kelly said has many misconceptions.

“I think people equate homelessness with the image of a vagabond, people with all of their belongings on their backs and sleeping in the streets, and that is one definition of homelessness, but it is also when you are displaced due to no fault of your own” Kelly said.

Homelessness, as defined by the McKinney-Vento Act, simply means a student is not sleeping in a fixed, regular and adequate residence.

Once a student has been recognized as homeless, Casey works with the district to help make their life as normal as possible.

Homeless students also are provided with free lunches and a backpack full of food every week through the Backpack Program, which Casey runs at MHS. In addition, if the student doesn’t have money for a school event, like Senior Farewell, Casey will try to find a way for them to go.

“To try to make their life as normal as possible, that’s the ultimate goal,” Casey said. “It’s hard being in high school anyway, let alone this. Anyway that I can help them, that’s my responsibility and that’s what I choose to do.”

One of the major concerns for homeless youth is ensuring their academics don’t suffer.

For students whose family’s have always struggled financially, grades don’t seem to change drastically when they are are identified as homeless, Casey said. However, for “sofa surfers” and students from well-off families who hit hard times, the story is much different.

“Their grades will generally go down because all of a sudden, whether they like it or not, they have to worry about the fact that they no longer have a $20 bill in their pocket and they’re not sure where they’re sleeping,” Casey said. “And the ones who were relatively middle class or upper class, oftentimes their grades really do take a nosedive because for them the loss of lifestyle is devastating.”

Barbara Duffield, director of Policy and Programs at the National Association for the Education of Homeless Children and Youth, said she also recognizes academics and education as a major concern when it comes to homeless youth.

Many individuals who are considered homeless have to cope with the stress of planning where to call home for the night, which plays a large role in the amount of focus and dedication they can give while in an academic environment

“When students are in the classroom, they experience so much stress.” Duffield said. “They worry because they don’t know where they’re going to sleep that night necessarily, they may be worried about their brother or sister, they don’t know what’s going to happen when the school day is out, so all of that worry and stress can get in the way of focusing on what’s going on in the classroom.”

This academic stress is reality for homeless youth in America, a demographic that has been growing nationwide at an alarming rate. Since 2006, there has been an 85 percent increase in the number of homeless children in America, Duffield said
Despite this increase in homelessness, 70 percent of homeless people are living in homes, but in doubled up situations, which could include staying with friends or relatives.

“Staying at someone’s house one week and then someone elses house another, that’s really what homelessness looks like for students,” Duffield said.

Dr. Terry Harris, coordinator of Educational Equity and Diversity, is the district-wide coordinator of homelessness within Rockwood. Every student considered homeless goes through his office.

Dr. Harris said the statistical breakdown of homeless students in Rockwood is in concordance with the national averages. In total, Rockwood has 193 homeless students. One hundred and five of those students are doubled up, 8 students are living in shelters, 25 are living in a hotel or motel, and 55 are unaccompanied youth, which means they are not living with their legal guardian.

“There have been so many stories that are amazing stories that you can’t make up, but every story is different, there’s no one homeless situation that is alike,” Dr. Harris said.

The situation may vary from a family getting evicted from their house to a house fire, but across the board no one chooses to be homeless.

For the 193 total homeless students in Rockwood, the district is taking an active role in helping make their lives a little less difficult.

“Our job is to alleviate all of those barriers and make sure that students can reach their full potential within Rockwood,” Dr. Harris said.

One aspect the district tries to help with is supporting students who can’t afford ACT or AP tests.
Keeping up with academics is a big challenge facing homeless students, and this year the district is trying to analyze academics in order to better support these students.

However for a homeless MHS student, contacted anonymously through Casey, moving out hasn’t affected academics a great deal.

For about two months, Anonymous has been living in an apartment in St. Louis county with two roommates.

Anonymous said when they turned 18, due to difficulties at home, they decided it would be better to move out.

Although Anonymous has enjoyed their experience, there have been some challenges, which the school has helped them overcome. The school helped Anonymous get health insurance and food stamps.
The most perplexing part for Anonymous, is being labeled “homeless.”

“I didn’t understand it at first because I am not homeless. I feel I have a place to stay,” Anonymous said. “What it really means is I have no parental financial support.” 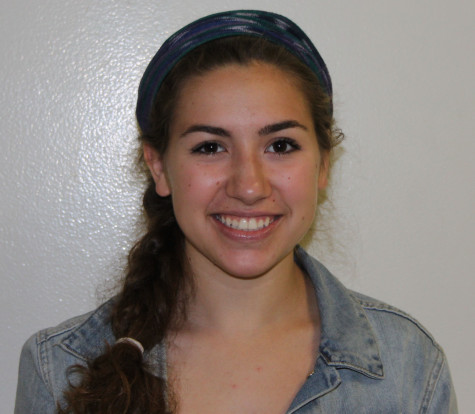 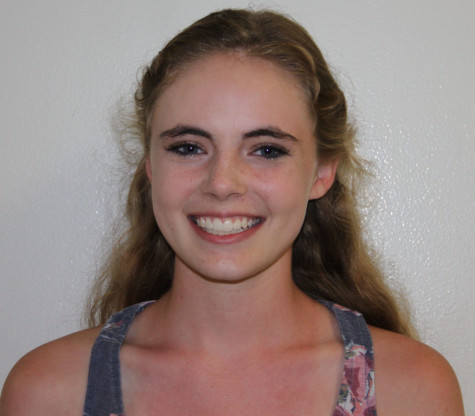 Abby Schilly, senior, is the copy editor for the Marquette Messenger. This is her second year as a reporter, and she loves it so far. She has been on...

One Response to “Homelessness in Rockwood: Rockwood students defy sterotypes of homelessness”