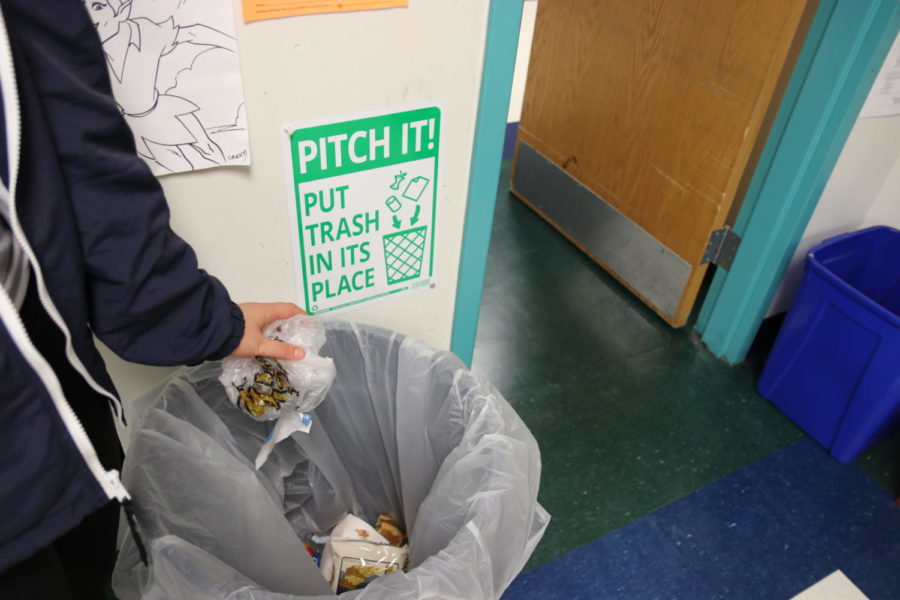 For a whole week, Kathryn Andrews carried around her trash. “Before I did this project I didn’t realize how much trash I produced,” Andrews said.

From April 10 to April 17, Koch presented his students with the  extra credit project that for a week, they carry all the trash they produced. At the end of the week, they weighed their trash.

Koch said that many APES teachers across the country also use this project to bring awareness to trash produced. He said about 25 percent of his students participated in the project.

Koch said. “I really want the students to see how much waste they create in just one week.”

After a week of carrying around her trash, Andrew’s bag weighed three-fourths of a pound.

¨I learned how much waste I actually make in a week,” Andrews said. “It was eye opening.¨

According to the Environmental Protection Agency, we produce 254 million tons of trash per day.

Andrews said this lesson helped her distinguish between good waste (biodegradable waste) and bad waste and in all, she found the project very beneficial.

“I was a little iffy about the project in the beginning, but I think everyone should do it eventually,” Andrews said.

Kathleen Hatch, Ph. D student at Mizzou, plans to major in environmental science and said the project was a good idea. She said a lot of people do not understand the extent of environmental problems.

“A lot of scientist don’t like to make predictions, but if we continue to not do anything, it will be Generation X paying for these problems,” Hatch said. “Overtime, crops will stop growing in certain areas and the amount of available water will continue to drop.”

Hatch said people can take many measures to help lessen their environmental impact. She said it’s important to know your daily schedule and to look for important things to reduce. For example, she drives more than 140 miles a day. To compensate for her driving, she bought the most fuel efficient car she could afford.

“I think it’s important to raise awareness for the environment and always work to reduce your environmental impact,” Hatch said.