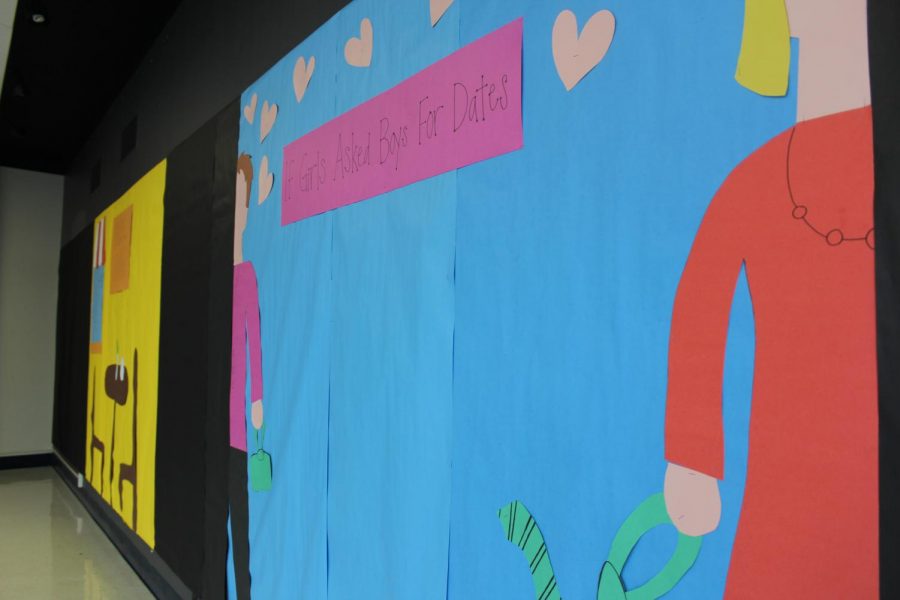 One Acts, short plays directed and executed by seniors involved in the Marquette Theatre Company (MTC), are an annual tradition . This year, there are only two student directors. In the past, Blindauer said she has had three One Acts but the amount of One Acts is determined by the eligible people who apply for student directing positions.

Students must be a senior, be enrolled in a directing class taught by Rebecca Blindauer, drama and speech teacher, and have an approved play by Blindauer to become a student director. Their plays can not be longer than 30 minutes, have  a small cast, and if a touchy topic, be covered in a respectful manner for it to be approved.

Blindauer said she lets the student directors do most of their own work.

“I am just there as a mentor,” Blindauer said. “I try to sit through rehearsals and give them a little advice but I really stand far back because I want it to be their show and not a show I am kind of directing.”

She said student directing provides students with a new view on the theatre process.

“It’s always nice to get another perspective because they have never been in a situation where they have had to direct other students before,” Blindauer said.

Claire Schmitz, senior, is directing “If Girls Asked Boys for Dates”. The play highlights the idea of traditional dating customs and what would happen if they were reversed were reversed.

Schmitz also will be student directing “Peter and the Starcatcher”, the play in the spring, and said the one acts have taught her some valuable lessons.

“I’ve learned that it is a long process and everything slowly comes together,” Schmitz said. “I’ve learned to have patience with other people.”

It’s exciting to see it from a different perspective and be on the other side of the theater.”

Lauren Fenton, senior, is directing the one act “Boise, Idaho”. Fenton said it features a couple who are eating at a restaurant and their experience is being described to the audience through a narrator. However, they soon learn the narrator is within the restaurant and they begin to go along with the narrator’s story.

Fenton said the directing class she took prior to the one acts has been helpful.

“I really learned a lot about staging things and being able to project my ideas in an organized fashion,” Fenton said.

Fenton said she has enjoyed being a student director as it has taught her new information about theater she is unable to learn on stage.

“It’s exciting to see it from a different perspective and be on the other side of the theater,” Fenton said. “It has really helped me become more organized in my life in general. It has also taught me to be more patient and work things out with people and understand other peoples’ perspective.”