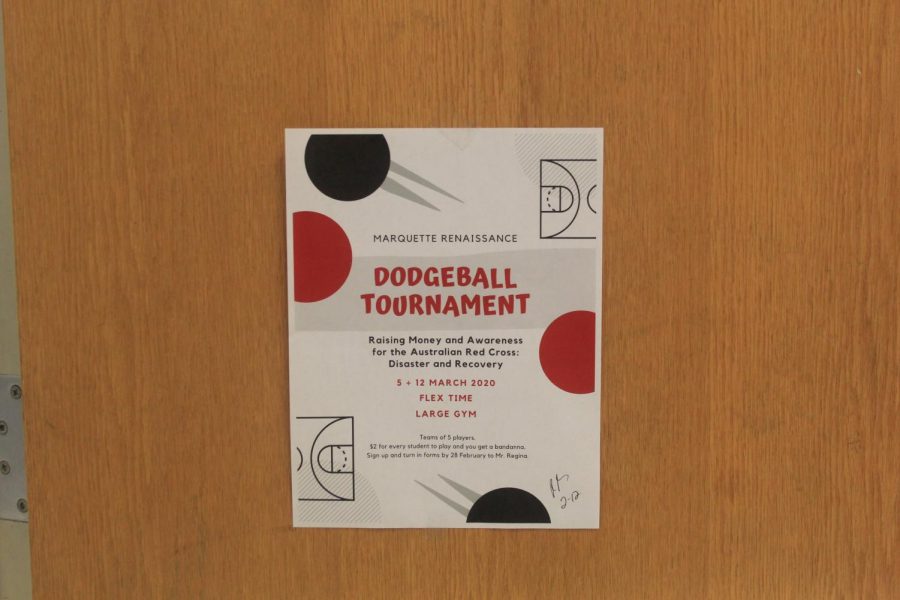 For the first time in two years, Renaissance Club is reviving the dodge ball tournament. Packets are available at lunch and in room 301.

The tournament will be March 5 to the 12. Teams are made up of five people and there is a registration fee of $10 per team. Each team will receive matching bandanas and the remainder of the money will be donated to the Australian wildfires. The two top teams will compete at the spring assembly.

“We do a lot for the school but not a lot of people are aware of it,” Shah said.

Although she and the other officers are seniors, they hope the dodgeball tournament continues for years to come.

“We wanted to bring it back as our lasting legacy,” Shah said.

Senior Principal Dr. Rick Regina is the Renaissance Club sponsor. He said the tournament was successful in the past, which motivated the officers to revive it.

“We are going to add another layer of fun to Flex Time activities,” Dr. Regina said.

Similar to Shah, Regina said he hopes the tournament is successful this year and can be replicated in the future.

“Our main goal is to get dodgeball going again,” Regina said. “Hopefully this year will spark something and then it will grow from there. I want it to be part of the school culture again.”

“I think it is going to be so much fun and I love that all the donations are going to help Australia,” Bunderson said. “I think it’s such a good cause.”

Packets are available in Room 301 and at lunch and are due Feb. 28.