Cautious Optimism: The National Nightmare Is over 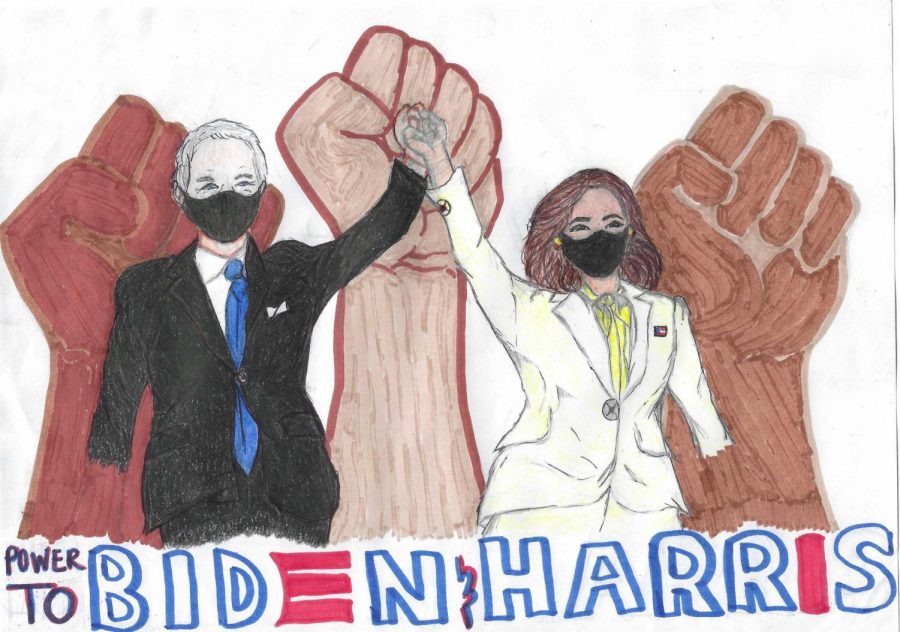 Women of color, especially Black women, uplifted president-elect Joe Biden and vice-president elect Kamala Harris to the White House. However, they cast their ballots with their own safety and support in mind, not with the intent of saving America from the past administration’s destruction. Marginalized groups need to be prioritized on the Biden and Harris’ agenda in return for years of sacrifices when the government’s response was to no avail.

I cried tears of joy. I took a breath for the first time in months. For four years, I adapted to living in a nightmare of anxiety for my future, my family and my beloved marginalized, minority communities. I exhaled with those dancing in street parties in Los Angeles, honking horns in rejoice in New York and spontaneously celebrating in London and Berlin.

After days of uncertainty, Americans voted for change—electing Joe Biden as their 46th president and Kamala Harris, daughter of Jamacian and Indian immigrants, as the first female, first Black and first South Asian vice president in the nation’s 244-year-existence.

This tight presidential race represents an intensely divided nation and polarized political landscape. As a Black female, I am terrified by the support from more that 70 million voters for the past administration, stained with racism, sexism and startling regression for human rights.

The record voter turnout and glass-shattering victory needs to be taken with caution. American democracy is in a state of fragility. This national nightmare will linger unless society acknowledges the gradual diversion from unity, equality and integrity and the demands everyone, including Biden and Harris, must meet to push the U.S. toward progressiveness.

In spite of Harris’ win, she alone cannot diminish the history of racism, white supremacy and sexism coursing through the veins of America.”

Even the past administration’s lack of support for Black Americans during a summer of awakenings to racial injustice and disproportionate effects of the coronavirus pandemic onto disadvantaged communities failed to sway the masses to support the democratic challengers.

In spite of Harris’ win, she alone cannot diminish the history of racism, white supremacy and sexism coursing through the veins of America. Harris is facing a country who demonstrated a strong resistance to her opportunity to hold a position in the highest ranking office. She is not the symbol of a healed, post-racial society nor the answer for racial inclusion or inequity.

Still, I am ecstatic by the disruption of Harris, a woman representing immigrants and undervalued racial minority women, in the timeline of white, male dominated White House and nation. She is an inspiration for Black women to set boundless goals, seek respect and pursue political leadership in the face of racial and gender stereotypes, discrimination and bias.

Harris rightfully referred to Black women as the “backbone of our democracy” in her victory speech. Yet due to racial oppression, we were left without an impactful voice until the passage of the 1965 Voting Rights Act. Black Americans, most profoundly Black women, in key cities such as Philadelphia, Michigan, Atlanta and Milwaukee heavily aided Biden’s triumph through their ballots and their often female-led voter mobilization efforts.

Women of color have once again re-energized the vision for equality, support and representation, diverting society from four years riddled with failures. Black women historically carried the Democratic vote while the rest of the nation reaped the benefits. When will America break the cycle of refusing to elevate the same Black women who elevated Harris?

When will America break the cycle of refusing to elevate the same Black women who elevated Harris?”

The new administration may prove to be the leadership America has been starved of for years, infusing the needs of all minorities into their agenda instead of leaving us to endure the nation’s legacy of entrenched oppression, disenfranchisement and exploitation.

Biden and Harris must be held accountable to support reform and plans for improving the social-economic conditions and upholding the rights of people of color and immigrants because racial diversification in the White House alone is an empty, symbolic gesture.

The president-elect and vice president-elect will have the daunting task of restoring trust to the American institutions, the news media and science dismantled by the past administration while facing a likely divided Congress as well as economic and coronavirus crises.

In order for the next administration to govern with compassion, integrity and decency, everyone needs to work towards easing the tensions of the current ideological hostility, striving to embody the founding principles of liberty and justice for all and empowering a grueling, long-overdue transition to a renewed, reborn nation.

Cautious Optimism: The National Nightmare Is over