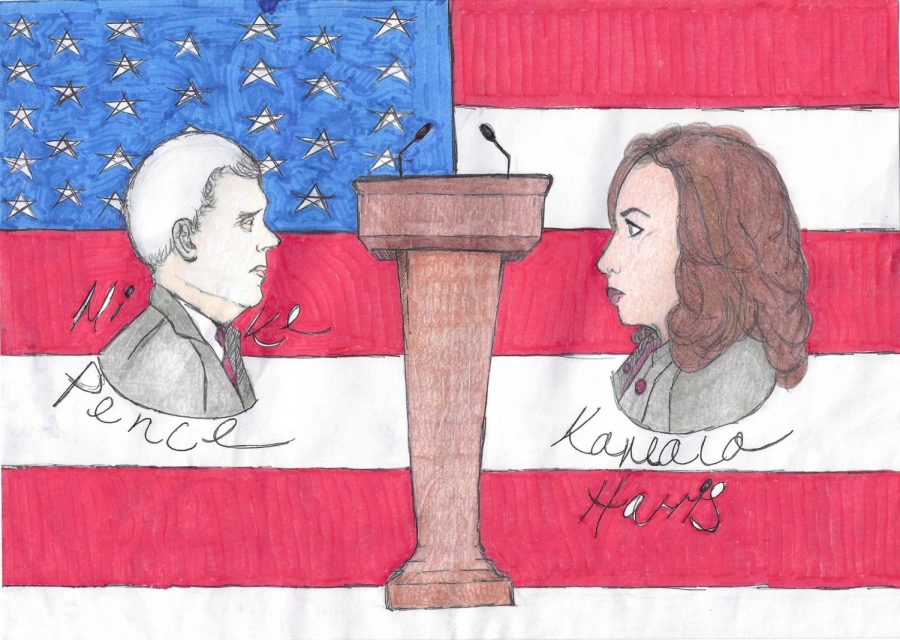 As a woman of color, Sen. Kamala Harris was compared to Vice President Mike Pence on her apparent “likeability”. Often, voters take this into consideration in deciding if a woman is a “qualified” leader, rather than solely their accomplishments and agenda. This judgement on behavior and outward femininity is generally more harsh for Black women, experts say.

When Harris said “I’m speaking” as Pence interrupted her 16 times and took ownership of her historic debate, Harris empowered me to challenge racism and double standards with pride.

As a Black female, I connected with her cautious tone, demeanor and remarks in the limelight of a predominantly white audience. Pence’s frequent interruptions of Harris couldn’t prepare me to stomach his intolerable denial of the existence of systemic racism and implicit bias, insulting Harris and people of color.

Racism, white supremacy and racial stereotypes were as embedded in the presidential debates and candidates as they are in current American society. Indifference to racial issues present that night is unacceptable. Seeing candidates contend for the highest U.S. executive positions, yet continue the decades old argument over systemic racism, filled me with despair.

With President Donald Trump’s refusal to denounce white supremacists in the first presidential debate, the president and vice president have affirmed their repeated denials of racism and support of law enforcement.

They would rather remain behind the picket fences of the American Dream, rather than address the side effects of these ideals—dehumanization and segregation of people of color. The shield of their race cannot hide them from the atrocity of the denial of history and the remnants of racism.

How will history stop repeating itself without the oppressors acknowledging the racial inequities plaguing the oppressed?”

Pence doesn’t deserve the right to argue that his campaign supports the Black community when he has refused to say “Black lives matter” and accused Black Lives Matter (BLM) movement leaders of supporting calls for violence and fronting a “radical-left agenda” in June.

His trust in the criminal justice system and stern condemnation of violent protests exposed his privilege and distance from the realities of racism. His divisive statements distort the fact that more than 93 percent of all demonstrations for BLM were nonviolent and nondestructive, according to the Armed Conflict Location & Event Data Project.

Detached from the grave magnitude of racism, he focused solely on the aftermath of centuries of exploitation. His faith in a system of ruthless mass incarceration can result from his skin color not chaining him to the misconstrued wills of justice onto Black Americans.

Pence embodied the blatant ills of American society, but Harris was internally combatting the intangible, unspoken stereotypes that shaped my life. Settling into a classroom, or sitting on a national debate stage, Black women prepare to demonstrate their qualifications, their right to have a seat at the table. ”

The presumption the U.S. is systemically racist and biased, Pence said, was an insult to law enforcement. Pence was the one adding insult to injury by disregarding centuries of discrimination and inequity, especially concerning the outcome of the Breonna Taylor trial.

The only insult to police officers is their legacy since slave patrols. Without racism and racial bias, what will explain why Black drivers are found far more likely to be stopped than white drivers, even though they often find less contraband?

Or why Black Americans are three times more likely than whites to be killed by police?

Or why Black Americans account for 13 percent of the population, but more than one third of fatally shot, unarmed victims?

Or why Black Americans are 3.5 times more likely to be arrested for marijuana possession than a white person even though rates of usage are similar in the legalization era?

Pence embodied the blatant ills of American society, but Harris was internally combatting the intangible, unspoken stereotypes that shaped my life. Settling into a classroom, or sitting on a national debate stage, Black women prepare to demonstrate their qualifications, their right to have a seat at the table.

A lens of stereotypes and presumptions fixated on Harris. In school, I have mirrored her restraint of her attitude and temper so my voice would matter instead of being disregarded or seen as “angry,” “aggressive” and “disrespectful.”

Those words were used to describe Harris the day after the debate by Trump as well as against Michelle Obama. The portrayal of Black women as rude, threatening and overbearing is labelled as the emasculating Sapphire Caricature. This has been used to shame those who display any dissatisfaction or undermine the social norms of being passive and unseen.

Though Harris was criticized for her violation of expressing displeasure in her facial expressions and body language, she masterfully dared to establish her worth in the face of a nation who often refuses to recognize the importance of Black women.

To loosen the grip of racism on American structures, systems and stereotypes, individuals must seek to understand the racial issues embedded in this debate, so people of color won’t walk their own seemingly insurpassible tightrope alone.