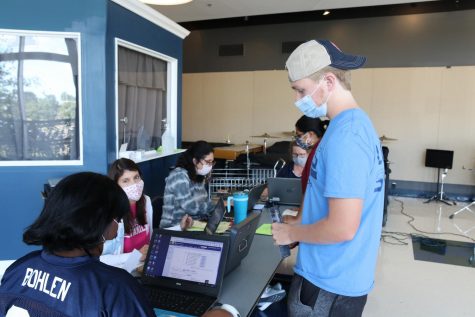 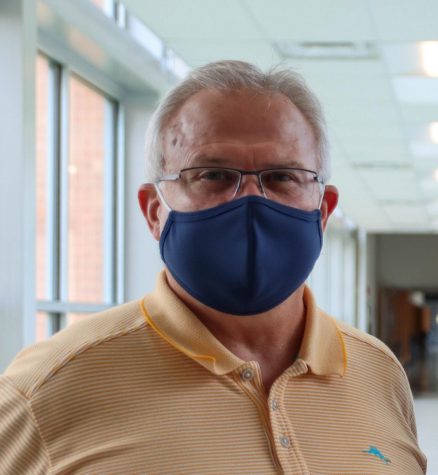 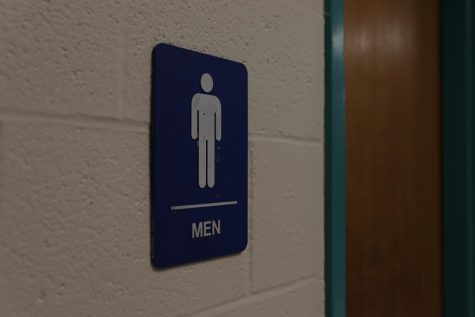 ‘It’s A Shame’: MHS Admin React to ‘Devious Lick’ Challenge
We Will Never Forget: The Flags of Valor Commemorate the 20th Anniversary of 9/11 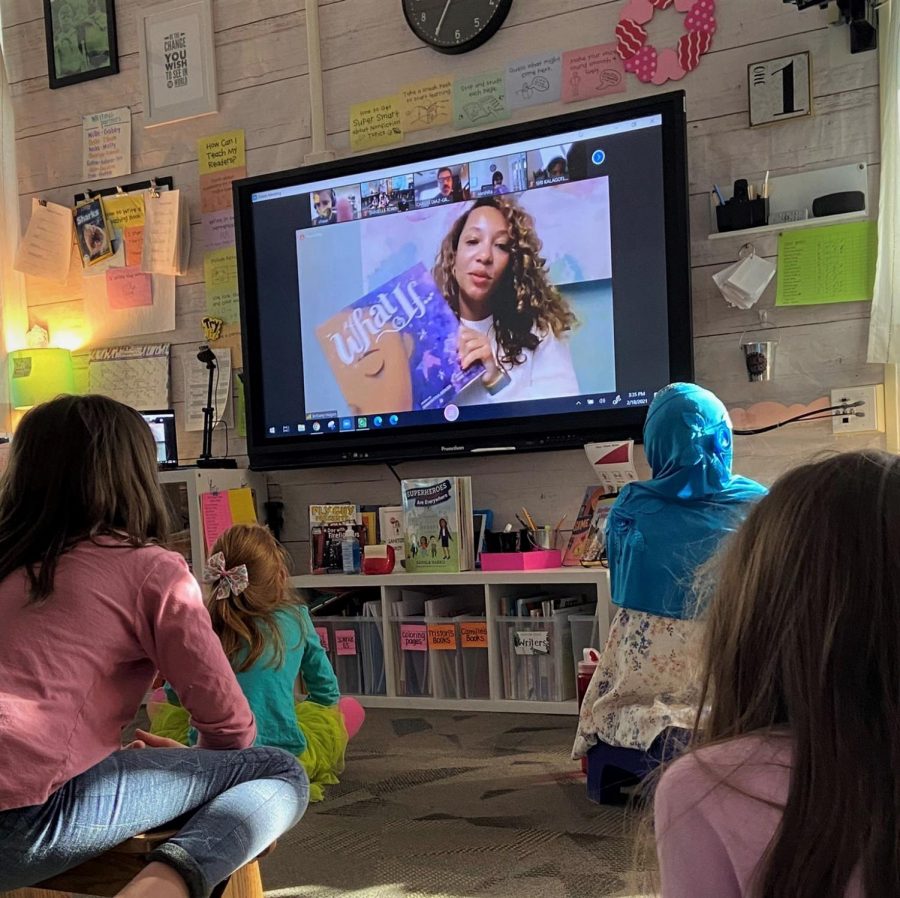 Director of Educational Equity and Diversity Brittany Hogan has read “What If…” by Samantha Berger to elementary school students, such as those in Pond Elementary, for the district’s diverse read aloud initiative. “Our curriculum continues to be a focal point of ensuring our kids are seeing reflections of themselves through windows, mirrors and sliding doors,” Hogan said. “I have hopefully laid the foundation for great work to continue.”

Director of Educational Equity and Diversity Brittany Hogan informed the Board of Education (BOE) of her resignation in an April 8 BOE meeting effective Wednesday, June 30.

Hogan served in RSD since 2013 when she transitioned from social work in the non-profit sector to facilitating, coordinating and directing educational diversity and inclusion.

As this school year presented a unique set of challenges, Hogan said, the unprecedented stress played a role in her decision to resign. She is grateful for her experiences and personal growth while working alongside students, parents and her peers to promote equity.

“I have been under a great amount of pressure that has always existed, but it has been more magnified,” Hogan said.

Since the beginning of the COVID-19 pandemic, Hogan has continued to heighten her focus on ensuring a sense of stability for students by providing necessary resources from nutritional meals to internet hotspots. For instance, she has helped facilitate the RSD Got Your Back Pack program, which supports homeless families and those in underprivileged neighborhoods by providing food and resources in drop-offs.

It is terrible she’s moving on because the district needs Brittany Hogan.”

Hogan said after the death of George Floyd, she has had more conversations about racial equity and social justice than in her entire eight years in RSD. Last summer, The Beloved Community, the equity and access strand of the RSD five-year strategic plan, The Way Forward, was developed to address those concerns in four focus areas  — human resources, professional learning, curriculum and access.

There is room for improvement, Hogan said, especially for access, which will continue to develop along with advancements for equity and diversity in the other focus areas.

Hogan said she hopes the district will continue to make a space where all students feel welcomed and to reflect the diverse student population of RSD in her absence.

“I want it to continue to be a priority to be on the hearts and minds of the students and the adults who work in the district,” Hogan said. “We have to continue to do this meaningful, impactful work.”

Brenda Casey, social worker, has networked with Hogan since she was hired as a social worker. Casey said Hogan is a dynamic, student-centered woman who is never afraid to address issues regarding the well-being of students and will do anything to promote cultural diversity, awareness and growth.

I wish she could stay so more people could meet her because she is a very good person, and they will be missing out on a great mentor.”

“She is going to leave us with a major loss,” Casey said. “It is terrible she’s moving on because the district needs Brittany Hogan.”

Hogan has been one of her favorite colleagues to work with, Casey said, and at the end of a hard day, she is one of those people who can still bring a smile to almost anyone’s face.

Casey said Hogan played an intricate role in the L.O.V.E. group, which is an out-of-class empowerment program implemented by RSD to help Black students at MHS, Lafayette and Rockwood Summit have higher self esteem.

Terriale Moore, senior, was in the L.O.V.E. group at Crestview Middle School and Lafayette High for a total of three years. Moore said Hogan never missed a meeting or put attention onto herself. During sessions, the girls sat in a circle and were asked to share something positive about themselves, something to improve on and to give the person next to them a compliment.

“She always gave students nice, detailed compliments like ‘I think Terriale is going to be a wonderful, strong, powerful young lady’,” Moore said. “She was honest, and you could tell this was something that made her happy.”

Moore still uses tools from Hogan, such as practicing daily affirmations and meditation, she learned in the group. Hogan inspired Moore to advocate for minorities through social work because of their insightful conversations and her generous personality.

She did not play politics because what mattered to her was being true to herself.”

After her mother passed away her junior year, Moore said Hogan stepped in as a motherly figure and exchanged phone numbers. She said she would not be the person she is today had she not met Hogan.

“I never got a break because COVID happened right after, but she always looked out for me,” Moore said. “Even when we weren’t in the building, she always kept in touch. She can reach out to me whenever she needs to talk to me and vice versa.”

For instance, Moore’s closet caught fire last November and destroyed most of her clothing. Hogan took her to find all new clothes, Moore said, even though she didn’t ask or tell her that she needed them.

“I wish she could stay so more people could meet her because she is a very good person, and they will be missing out on a great mentor,” Moore said.

Executive Director of Student Services Dr. Terry Harris said because he and Hogan are people of color, their work is fulfilling in the way they can identify and connect with students. Dr. Harris said she is a model of what it means to be an educator, advocating for equity and justice.

“She’s not replaceable,” Dr. Harris said. “To suggest a person is replaceable, is to not really honor their humanity, existence and legacy. She’s shown the blueprint of what it looks like to genuinely love students to health, well-being and life.”

Out of respect for her work over the last six years, Dr. Harris said, RSD will continue to strive toward being a leader in creating an equitable school system that centers around all students. He said the next steps include hiring a new director to access and progress equity work, which is also the role of the entire district community.

It is the responsibility of the students who knew Hogan to voice their expectations for potential new hires, Dr. Harris said. He said he would like to gather a group of students from all RSD high schools to learn what they would like to see for this position before anyone is hired.

Dr. Harris said Hogan was unique in various ways. One, she loves her hometown, the South Side of Chicago, and she is a reflection of the hard-working Black people in those communities. She is unapologetically Black and connected with her ancestors in every decision in her leadership. Lastly, she is brilliant and led with a genuine, authentic heart.

“She did not play politics because what mattered to her was being true to herself,” Dr. Harris said. “When she reflects on her school district, she’s not going to talk about how much money she made or how many people she hired. She’s going to reflect on ‘how did I feel in those eight years?’”

Outside of RSD, Hogan said she plans to re-enter the non-profit sector and will share more details in the upcoming weeks. Her resignation is a realignment with a commitment she made to St. Louis to advance racial equity and social justice when she moved here 14 years ago.

“My work will look different, but this isn’t a goodbye,” Hogan said. “Leaving the kids is the hardest part and loving them has been the best part. It’s hard to imagine not being with them.”

Hogan said being the only Black woman at the district level has at times been tough and lonely, yet meaningful. She is grateful to have worked with Dr. Harris because she has not always seen reflections of herself in her educational experience, but it has been a joy to love the kids of RSD.

“I put my heart and soul into this work and to show you all that you can be anything,” Hogan said. “I’ve tried to be the best person I can be, in hopes it makes your lives better. I will always be part of you all’s village, as long as you will allow me to be.”