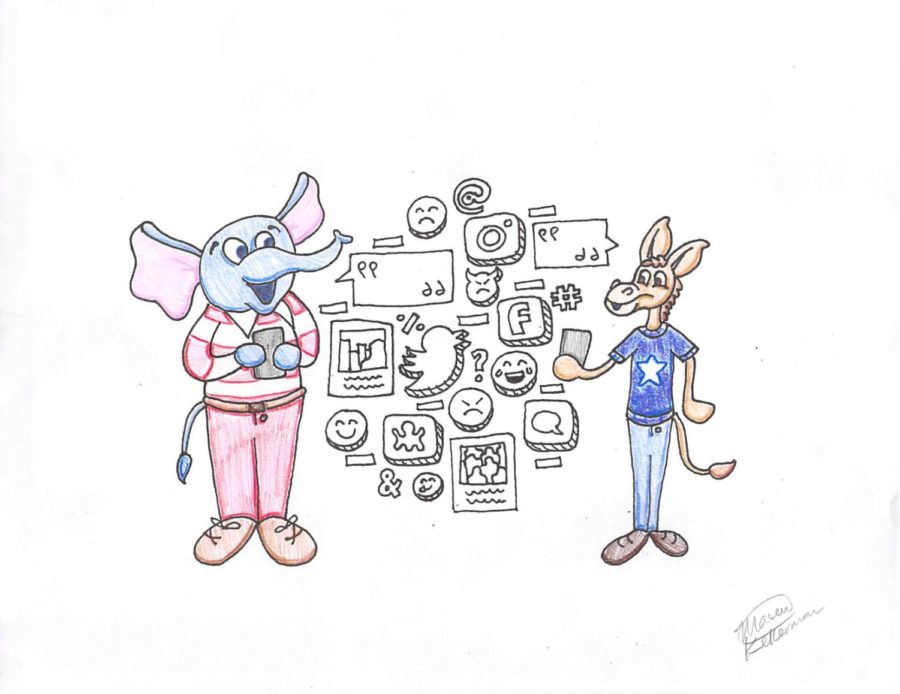 A republican elephant and a democratic donkey on smartphones.

Peyton Rubenstein, sophomore, scrolls on her phone liking pictures of her peers and her favorite celebrities.  Other posts she scrolls past include current events and political issues, mostly posted from classmates. Some students, like Rubenstein, think these political posts are oversharing.

“I feel like people only do that when they want to fight with someone,” Rubenstein said. “I don’t feel the need to post my personal opinions for everyone to see.”

Rubenstein finds scrolling through political views to be annoying.

“When everyone was posting about the pro-choice or pro-life situation, people were putting seven of the same picture on their story and I just thought that was unneccesary because at that point it’s beyond just spreading awareness,” Rubenstein said.  “There’s a limit, but I don’t think it’s a bad thing in itself.”

Harrison Seeling, senior, shares Rubenstein’s belief that sharing opinions online can be beneficial, but that it has its downfalls.

“It can work in theory, but we all know how it actually goes down when it happens,” Seeling said.

Seeling also says that he thinks people should be free to share what they want about politics but that they need to be ready to deal with the consequences.

On the other hand, Kate Hull, sophomore, loves the outlet of her social media accounts.

“I think it’s okay as long as you strictly talk about your own opinions and not force them on other people or try to argue with other people,” Hull said.

Without the whistleblowers of the media, our democracy will suffer.”

Although Hull loves to utilize her social media to voice her opinions, she also recognizes that there are limits to what she can say.  With most things online being controversial, she knows that those who choose to post their views must be aware that they should be careful with what they share.  Hull, someone who is passionate about what she shares, becomes aggravated with people who share their words just because they can.

“Sometimes people post and they don’t really know what they’re talking about,” Hull said. “They shouldn’t post anything if they aren’t educated on it.”

Katherine Bauman, social studies teacher, said the use of social media in politics is necessary, but can be hard to monitor.  She said that today’s world has been revolutionized by technology, so including it in global conflicts is required.

“It has revolutionized the way we communicate with each other,”  Bauman said. “In one respect, social media provides a platform to disseminate information and have civil discourse, but also provides anonymity, where many feel emboldened to be crass and say things such as hate speech or share misinformation.”

Bauman said that to avoid the hateful and uneducated speech from disrupting those trying to become educated, people should take their research into their own hands. This also could help broaden what young people see on their feeds so they are not being shown stories from only one side.

News that becomes heavy on only one side of an argument, Bauman said, can make the sharing of opinions dangerous.  Bauman recognizes this pattern of aggravation and said it comes down to respect and tolerance for the other side.

“Students should be able to share whatever opinions they have regarding their political ideology, but they should also be prepared for others to the same and any potential social consequences that result,” Bauman said.

Despite the complications that come hand in hand with sharing political opinions on social media, Bauman stressed how world leaders deeply depend on it. Whether people love it or they hate it, they have to look at it.

“Without the whistleblowers of the media, our democracy will suffer,” Bauman said. 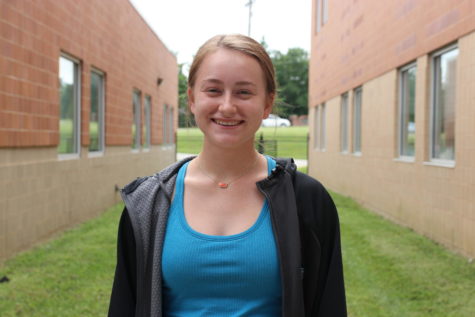