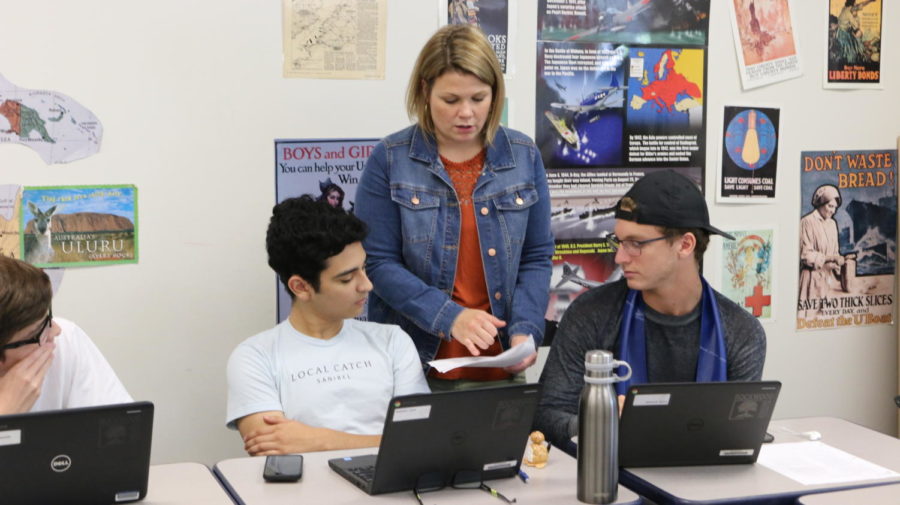 Beginning her freshman year at MHS, Cece Kreh had expectations about high school. Kreh has older siblings that give her advice and recommendations as she starts her classes.

“My two older siblings told me to take all honors while the other told me not to,” Kreh said.

When Kreh began her schedule at MHS, she discovered her expectations did not match the reality.

“Some of my honors classes are a lot easier than they said it would be, while Geometry and Biology are a lot harder for me,” Kreh said.

Kreh was given advice from teachers and her siblings. She was told to take honors classes that she was interested in.

“Teachers made high school sound a lot harder than it actually is while students were more honest about it,” Kreh said.

When Maddie Gwinner, sophomore, started her first AP class, she “heard it would be challenging.” This year Gwinner is taking AP European History and  was told this class was “a lot narrower than World History,” which influenced her to sign up for the class.

To be successful in her first AP class, Gwinner was told to take notes and study hard.

“Because it was college level, I thought it was going to be a lot of lecturing and really hard,” Gwinner said. “It’s not something that comes super easy, you have to work for it.”

She had this view while she was signing up for AP European History, but her reality of the class was slightly different.

“It’s definitely not as hard as I thought it was going to be,” Gwinner said.

My expectations have been blown out of the water.”

For her, the reality did not match her expectations. Gwinner’s assumptions of AP European History were incorrect; her perspective shifted as she experienced the class, giving her an accurate judgement of her first AP class.

“My expectations have been blown out of the water,” Bauman said. “Mr. Szevery and Mr. Stiglich did a great job preparing them for an AP class. They are already set up for success.”

Bauman began her AP European History class unsure of her students’ initial ability and what strategies she would need to teach them.