New York Times best-selling author Nic Stone visited students the afternoon of Nov. 29  to speak about her books “Dear Martin” and “Odd One Out” and to give inspiration as well.

Stone said she gained her inspiration for  “Dear Martin” from an incident, Nov. 23, 2012 in Jacksonville, Fla., where a 17-year-old black boy was shot by a white man at a gas station over loud music.

“Dear Martin” is about a 17-year-old black boy, Justcye, who goes to a predominately white school and battles the racial prejudice around him.

Stone said her main takeaway for people after reading her book is for them to realize the power they have within themselves.

Stone also said she would like to encourage people to take hold of the power they have and be satisfied with who they are.

Stone gave larger presentations for language arts classes during fifth and seventh hours where she spoke on the power all people hold and allowed the audience to ask questions.

“I thought she was fair as to her portrayal of white people who were ignorant towards the situation,” Durham said.

He recommends the book for both teenagers and adults.

“Police brutality and profiling is such a topic in the news, especially in St. Louis,” Durham said. “I think it’s an important book for our generation.”

Mary Olubogun, junior, went with her language arts class to the fifth hour session as well.

She hasn’t read Stone’s books, yet after hearing Stone speak, she plans to do so.

She said she was encouraged by Stone as a young adult and as an African American women.

“ I think her view compared to someone older is different and I’ve never really heard that perspective before,” Olubogun said.

Olubogun said it motivated her to journal about her own personal experiences as a biracial female.

“She inspired me to not keep all of your experiences in. There’s still a way to verbalize your experiences and your heart without having to be condemning or rude or hateful,” Olubogun said. 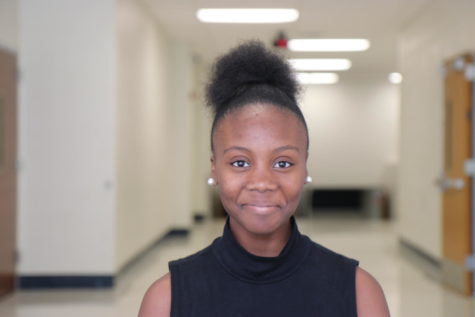 Sam Hall, sophomore, is a staff reporter for the Messenger. She is involved in Equity Club. She dances six times a week along with some conditioning and... 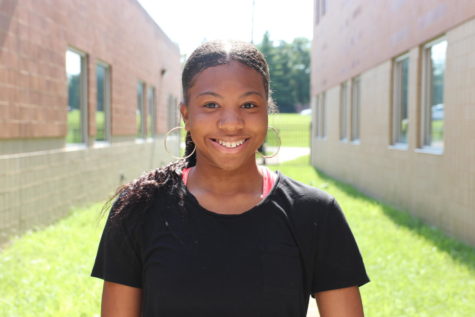 Jadynne Watts, senior, is the Recruiting Manager for MHSNews. She has ran Track and Field since freshman year, and is new to Cross Country this school...