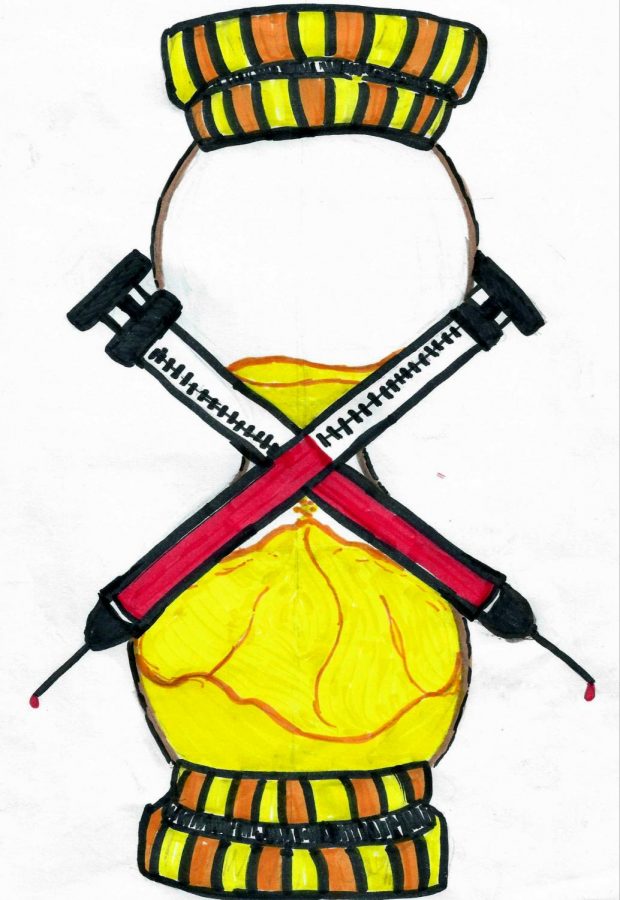 The nation is running out of time to end federal executions and abolish the death penalty and strive towards a sense of humanity and dignity in the criminal justice system. The legacy of the U.S. is stained by the unprecedented rate of barbaric federal executions onto the imprisoned that are not limited to the “worst of the worst”. As a leading country for capital punishment, the U.S. is regressing while over 50 percent of countries that have abolished the death penalty, as stated by Amnesty International, are progressing.

I was frozen in time, grief-stricken and directionless since the night I learned Brandon Bernard, a federal prisoner, was declared dead.

Bernard, 40, was executed by lethal injection following a Supreme Court rejection to a grant stay to his execution despite a national outcry from human rights groups, the trial jurors and the former prosecutor regarding new evidence suppressed by the prosecution that further diminished his role in the crime and his poor defense representation.

Bernard, who was 18 years old at the time of his crime, is one of the first individuals executed under a lame duck president in more than 130 years and the youngest offender executed by the federal government in at least 68 years.

Alfred Bourgeois, 56, was executed Friday, Dec. 11, bringing the number of federal executions since July to 10—the highest in a year since 1896—after the 17-year execution hiatus was ended by the Trump Administration.

For the first time in history, the U.S. government carried out more civilian executions in a year than all states combined, according to the Death Penalty Information Center (DPIC).

The Trump administration has three more executions scheduled ahead of the Inauguration Day, Wednesday, Jan. 20. Four of the five inmates set to die are Black men, except for Lisa Montgomery, 52, who would be the first woman executed by the federal government in nearly six decades. Her execution is set for Tuesday, Jan. 12.

The rapid, state-sanctioned murder of inmates prior to President-elect Joe Biden’s presidency is senseless, disturbing and dishonorable. Capital punishment, which is more costly than incarceration and fails to improve public safety, must be abolished. This is due to its history of racial bias, inadequate counsel, problematic executions and exoneration rates.

The death penalty was instrumental in the racial terror lynching originating in centuries of slavery. Black Americans generally ranged between 9 to 19 percent of the U.S. population since the 1700s, but they accounted for 47.5 percent of recorded executions between 1608 and 2019, according to information compiled in the Espy File.

Inadequate lawyers to capital defendants contribute to wrongful convictions as the decision to sentence a defendant to death depends on the defendant’s ability to afford quality counsel, according to the Equal Justice Initiative.

Also, multiple individuals, like Bernard, were executed under the age of 21, where brain development of the social-emotional and cognitive control systems and executive function is indistinguishable from juvenile offenders exempt from execution. Recent neuroscience research provides evidence that immature brain functioning influences the tendency of criminal behavior.

Lastly, for every nine people executed in this country, one person has been exonerated, and this does not include those who were executed despite compelling evidence of innocence or who were found to be innocent after their execution.

Lethal injection is modernized public lynching, where capital punishment can be conducted behind closed doors, allowing the rest of the nation to be shielded from its cruelty. Utilizing only life imprisonment without parole sentences allows for leverage in the event of a wrongful conviction without the barbaric, biased and inhumane revocation of citizens’ lives.

It is time for society to continue the work for change during a summer of demonstrations for racial equality in the streets to a winter of political and social advocacy directed at political changemakers in the White House and the U.S. Capitol.

The Biden Administration must be held accountable in upholding their claims to abolish the death penalty and be pressured to sign executive orders to halt federal executions in his first 100 days in office.

There is less than a month until the next federal execution, but society still has a chance to save a life by changing public discourse on the death penalty and writing letters and signing petitions in opposition of future executions to the president and members of the U.S. Congress.