“The Show Will Go On”: Inclement Weather Delays Auditions for Musical 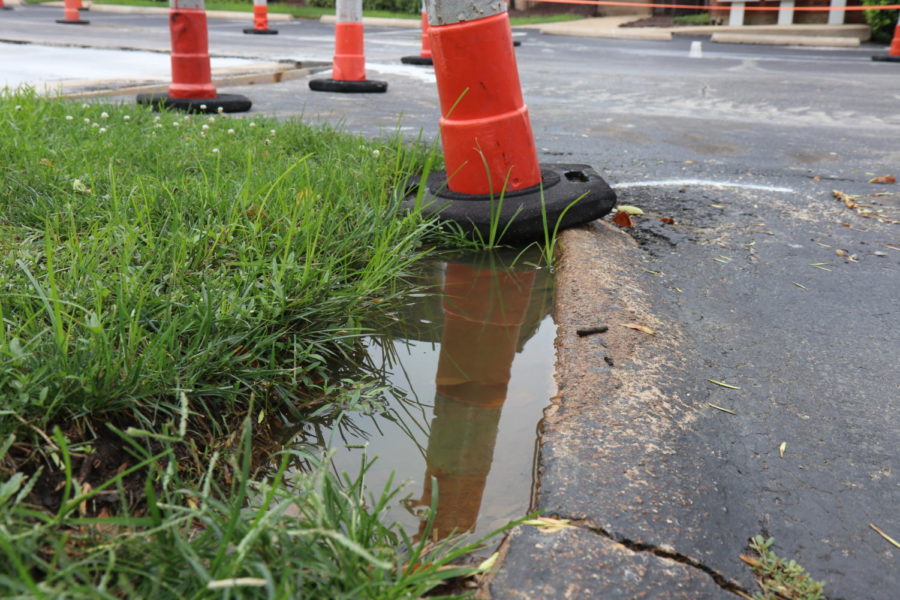 The district cancelled classes due to localized flash flooding.

The first Late Start day of the school year could not possibly seem any better of a day for Elizabeth Bleyer, sophomore, to audition for the fall musical, “How to Succeed in Business Without Really Trying.” But when she heard from her friends today at 7:30 a.m. that the district had cancelled classes due to localized flash flooding, she could not believe it, but sure enough it was true.

While Bleyer enjoyed her day off by going out with friends and studying for her upcoming math test, she also prepared for her audition, which is now Wednesday instead.

“I was relieved that I had another day to practice my audition song,” Bleyer said. “But I was disappointed because I was so excited to get started [with] the audition process.”

She initially had chosen to audition on Monday so she could focus on her vocals first and then have a day to mentally prepare and switch for the dance part of the audition, which was originally supposed to be Wednesday but will now take place Thursday.

“I will have to switch mind focusses right away and just prepare the best I can at home in advance,” Bleyer said.

Rebecca Blindauer, theatre teacher, was contacted by students, just like Bleyer, with questions about auditions due to the day off. She had already arrived at MHS when RSD shut down the district because her commute to work was not affected by the flooding unlike many of the other teachers’.

As teachers I think we are always ready for some kind of snow day, just not in August.”

After discussing the situation with Jason Winter, choir director, Blindauer decided to shift the audition process back a day except for the vocal auditions already planned for tomorrow.

Blindauer said having a full day off today gives every student who was planning on auditioning more time to practice, even if they still have their audition tomorrow.

“We are hopeful that it will help everyone be that much more prepared for their auditions,” Bilndauer said. “We would rather everyone be safe than trying to get to school when roads are flooded.”

This was also the priority for Activities Director Shane Matzen who said making decisions about the activities and sports always come after ensuring everyone’s safety.

Matzen posted on Twitter this afternoon that voluntary practices and rehearsals are to be held at MHS starting at 3:30 p.m. Coaches would be in contact with students regarding further details on their activities.

“The Show Will Go On”: Inclement Weather Delays Auditions for Musical