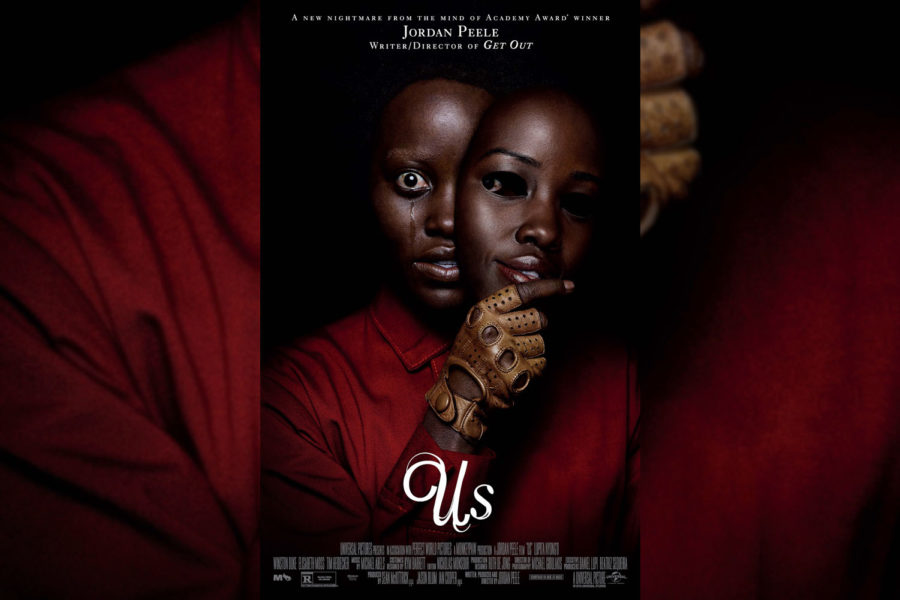 Despite a director who’s new to the film business, “Us” goes far beyond the cliche horror movie scope of a flaky story with jumpscares sprinkled in the mix. Following the success of his 2016 horror film “Get Out,” writer and director Jordan Peele is back and ready to win some Oscars.

At face value, “Us” is an extremely effective family-focused thriller. Adelaide (a PTSD-ridden Lupita Nyong’o) and her family visit their summer home near the Santa Cruz beach. On the first night of their stay, duplicate members of her family, led by an unnamed version of Adelaide (still Lupita Nyong’o, but much more demonic), appear to terrorize and torture them.

Playing the roles of both Adelaide and her doppelgänger (who is named for the first time as “Red” when the credits roll), Nyong’o proves herself as a genuinely prominent actor of our time.

Playing the roles of both Adelaide and her doppelgänger (who is named for the first time as “Red” when the credits roll), Nyong’o proves herself as a genuinely prominent actor of our time.”

Due to her PTSD, Adelaide is timid, with her movements being clearly motivated by fear. Conversely, Red’s voice is demonic and raspy, and her demeanor is robotically flawless. Nyong’o commits to both roles; her performance on its own is a reason to see “Us.”

Another strong reason to see Peele’s latest film is how it decides to scare its audience. Peele very well understands that jumpscares are a tried and true method of getting a reaction from viewers. Instead, he opts to butter up a pan, toss in any innocent bystanders and cook them over a tension-lit fire. About 20 minutes in and for the remainder of the masterpiece, I desperately regretted not bringing someone to cling onto.

And while acting performances and scares should be enough to get your money, more casual moviegoers should be cautious of the movie’s heavy symbolism and theme development. After the first act, the focus shifts from the concept of a horrifying duplicate family to developing said themes and symbols about how meaningless and hollow the American Dream is. Peele doesn’t lose sight of the story he wants to tell. I think they build off of and empower each other, but if you aren’t a fan of over-analyzing films, you probably won’t enjoy it as much as I did.

Regardless of any themes, symbols or scares, “Us” is still an original film with a primarily black cast and director, which isn’t too common in Hollywood these days, and that alone makes it worth seeing.