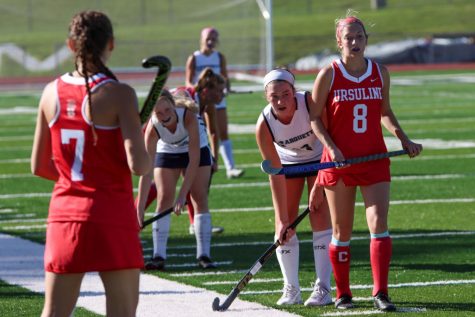 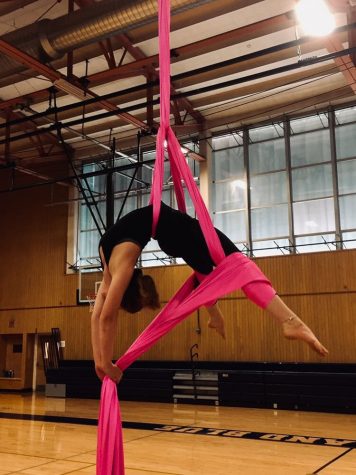 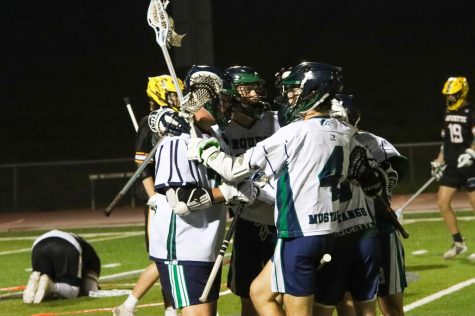 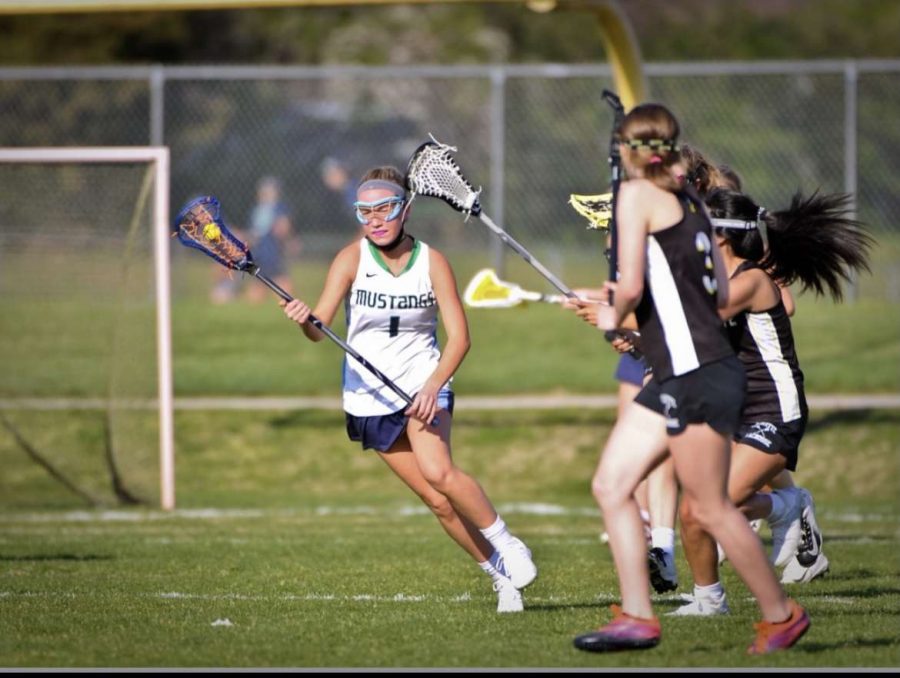 As Claire Montgomery, sophomore, walked onto the turf for lacrosse tryouts, it was not only a new season, but also a whole new sport for Montgomery.

In January of 2021, just two months before tryouts, Montgomery decided to try out for lacrosse as a sophomore. Montgomery had played soccer for most of her life before she quit in seventh grade, but she knew lacrosse and soccer were similar so she wanted to try it out.

“The goal of the game and the positions are similar, but I have found that lacrosse is more aggressive,” Montgomery said. “I think that makes it more fun.”

When Montgomery made the j.v. lacrosse team, led by Coach Marissa Albanello, she said she was excited to get the season started. So far, she said she has enjoyed being on the team and playing a sport she loves while representing MHS.

“As a team we have definitely grown and become much better,” Montgomery said. “We don’t have a great record, but that is okay because we’re having so much fun.”

Montgomery said she has made so many new friends within her teammates and loves that she has a new group of friends.

Jessica Kellerman, sophomore, is one of Montgomery’s closest friends on the team. They met for the first time in their language arts class during freshman year.

“We definitely became a lot better friends because of lacrosse though because it allowed us to be around each other everyday,” Kellerman said.

Like Mongomery, Kellerman quit soccer and wanted to continue playing a spring sport for MHS, so that is why she started playing lacrosse. She said Montgomery has grown as a player so much in her short time of playing lacrosse.

“Claire has gotten really good at playing on her left side and catching all of my bad passes,” Kellerman said. “She has also gotten a lot faster over the past few months.”

Practices have been long and hard for Kellerman, Montgomery and their teammates. Kellerman said, however, that they are improving everyday and that Montgomery is getting better with each practice and game.

“In our game against MICDS, Claire assisted my goal, which was exciting because we worked well together,” Kellerman said.

Julie Montgomery, Claire’s mother, has loved watching her daughter and her team play this season, but it came as a bit of a shock when Claire first said she wanted to play.

“I was definitely a little surprised, Claire is not a very aggressive person, and lacrosse is an aggressive sport,” Julie said.

She also mentioned how she was able to catch on to the rules of the lacrosse game quickly because of her background with soccer and watching Claire play for years.

“Fouls, out of bounds, rules and positions are pretty much all the same, so I didn’t have a hard time learning the rules,” Julie said.

Julie said Claire has improved so much, and she has been playing extremely well. She said she could not be happier with Claire’s teammates and Coach Albanello.

“The coach sends out a weekly email with their game plan for the week, so that way, I never have to worry about missing a game,” Julie said.