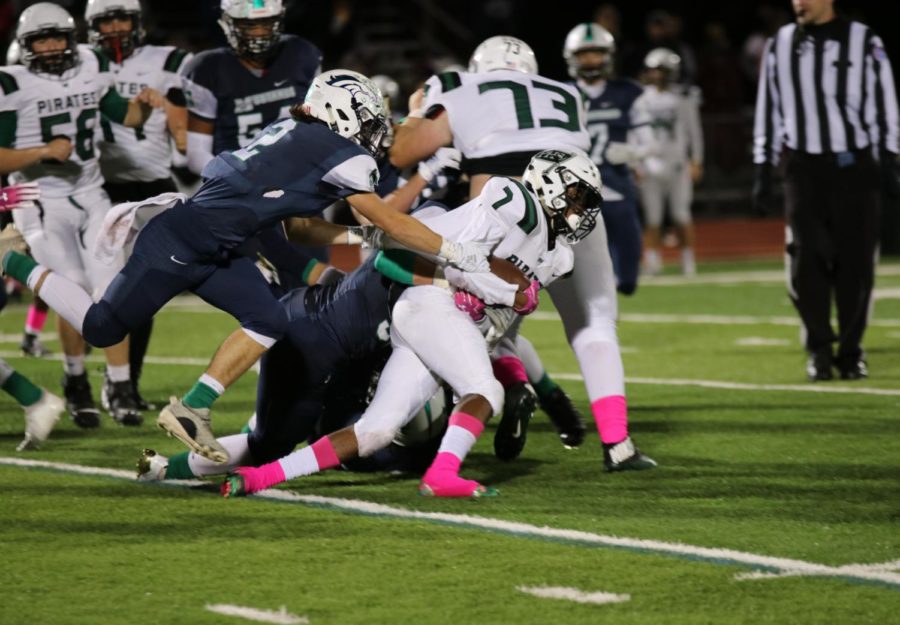 “When me and Ben were cleaning out our lockers, we were the only ones who got to keep our stuff, and we both just looked at each other like, ‘We got one left’,” Callahan said.

The ACS All-Star Game is 1 p.m. Dec. 15 at Lindenwood University. Out of the 78 schools in the St. Louis area, 31 schools including MHS are being represented. The game will be accompanied by a national anthem singing, as well as a Survivor reception by the new Xtreme Football League team, the St Louis Battlehawks.

Callahan and Cohen were nominated by football coach Michael Stewart and selected by the ACS’ coaches board committee, which is made up of past head coaches and former NFL players.

Out of the 100 plus nominations sent to the ACS, Callahan and Cohen were selected to be part of the elite 76 players chosen.  Callahan plays for the Red team, while Cohen plays for the White team.

“I’ve been told many times in my life that I’m not good enough, and I’ve been overlooked. This is a great opportunity to showcase that I can play with 4-star and 5-star players,” Cohen said.

In addition to being honored to represent MHS, Cohen said he is excited he can “get the pads back on” one last time before the year ends.

He said he is looking forward to experiencing brotherhood and being part of a community with his ACS team, many of whom he already knows from playing over the years.

But most of all, having personally known family friends who have battled cancer, Cohen said he is looking forward to being able to give back to cancer survivors through the game.

“It’s a heart-wrenching cause, but we are able to give a light for these people, something to grasp onto,” he said.

Callahan lost his great grandmother to cancer and has an aunt currently battling it and said he is honored to be able to help out through the game.

“I know how much family feels pain, and I’m just glad we can help,” Callahan said.

In addition to the general public, coaches, former NFL players and cancer survivors, college football scouts and recruiters will be at the game.

I know how much family feels pain, and I’m just glad we can help.”

Stephanie Hadfield, senior manager of community development at ACS, organized the all-star game. Hadfield said the goal of the game is to raise funds for ACS research and patient programs like Hope Lodge, a cancer residence for patients and caregivers where patients only have to pay for food, and Road to Recovery, where ACS volunteers provide cancer patients rides to and from life saving surgeries.

“Every single school across St. Louis has been touched by cancer, and [we] wanted to have a unifier for all of those schools to come together and be a part of something bigger,” Hadfield said.

Hadfield said the ACS game is an honor for those selected because ACS’ goal is to put together the best possible football teams they could.

Hadfield said there hasn’t been an all-star football game in St. Louis since 1987, so the ACS game gives players a brand new experience of playing in a huge game, and for a meaningful cause too.

Hadfield said the reason Callahan and Chase are on opposing teams, like many other duos from the same schools, is to promote the attitude that the real game is against cancer.

“They’re supposed to be on opposing teams because in the end it doesn’t matter who wins, we’re defeating cancer that day,” she said.

Hadfield said games, and other events like these can lift up and support the community, and generally make people feel better over all. Hadfield said it’s her job to create moments for cancer victims to genuinely enjoy themselves.

“It’s about the honor and participating in something bigger than themselves and getting to support the ACS and playing for people that are fighting every single day,” Hadfield said.