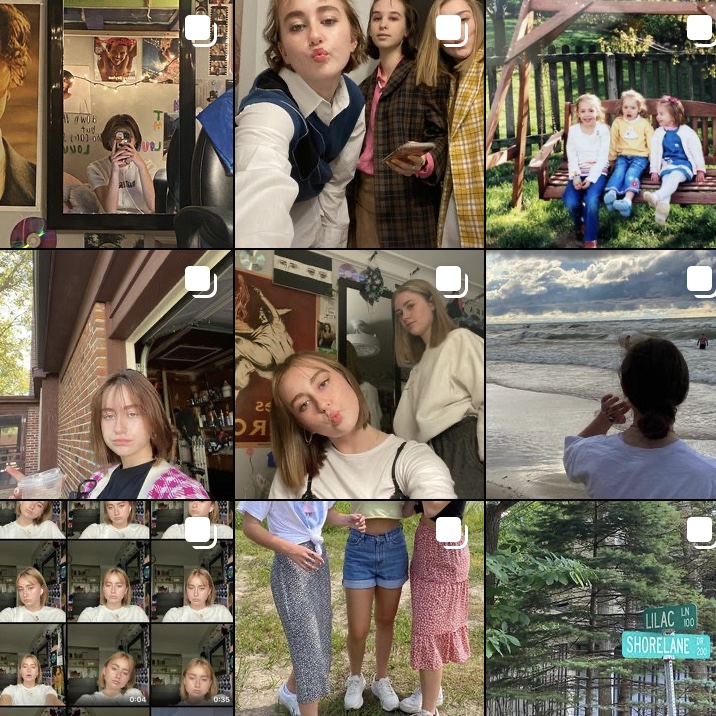 Sydney Goldsmith, junior, is one of the many teens who have embraced casually posting on Instagram.

Over the past five years, Instagram has become heavily commercialized. In its early years, the platform was used to share casual images, but the platform now focuses more on shopping and advertisements than photo-sharing.

What once was a photo-sharing forum is now a mock Amazon.

To combat Instagram’s commercialization, many users have taken it upon themselves to make #makeInstagramcasualagain a trend, by posting frequent and candid photos.

While the idea of having a platform that praises authenticity is thrilling, it is nearly impossible to accomplish in today’s day of cash-grabs and marketing ploys.

In perhaps the least user-friendly update yet, in July of 2020, Instagram replaced its activity tab with a shop feature. The update was unpleasant as it made viewing likes, comments and followers a hassle.

Not to mention the fact that it does not pertain to Instagram’s purpose as a photo-sharing application whatsoever. It is a very obvious money making ploy.

This update commercializes Instagram and only makes it stray further from its original purpose as an app to post photos.

What once was a photo-sharing forum is now a mock Amazon. ”

Now, everytime I log into Instagram, my feed is flooded with advertisements, and it discourages me from posting. I don’t want to post on an app that emphasizes formality and advertisements.

Marketing ploys are the reason why Instagram can never truly be casual again. They make it seem as though your photo has to be “perfect” to be considered “Instagram-worthy.”

The platform is nothing like what it once was, and while it is impressive that so many teens are taking it upon themselves to authenticate the app, it is out of their control.

Instagram can never be casual again, simply because it has commercialized itself to the point of no return. Which is part of the reason why Instagram will fizzle out in upcoming years.