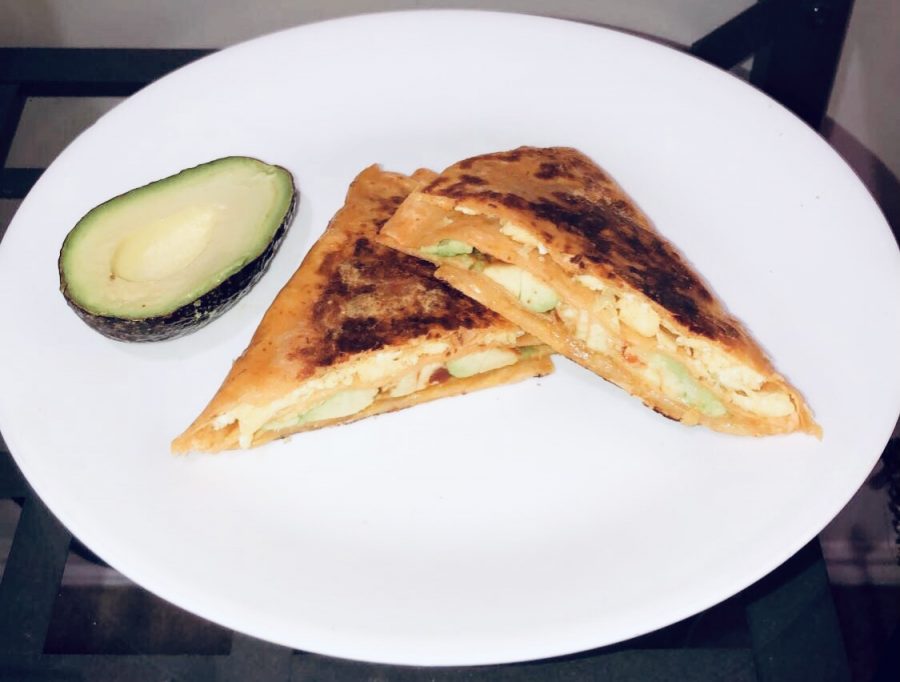 With likes and shares multiplying, the #tortillatrend has been the new food hack surfacing on Tik Tok. Here’s how to make your own tortilla wrap to try the trend out for yourself.

With likes and shares multiplying, the #tortillatrend has been the new food hack surfacing on Tik Tok.

The distinctive feature of the trend is the creative way the ingredients in the tortilla are assembled and folded.

Instead of folding the tortilla in half-quesadilla style or rolling it into a burrito, the trend calls for a slit in the tortilla that goes about half way across. You put your ingredients of choice in each of the four quadrants of the tortilla. Then, starting with the side of the slit, the tortilla is folded with each section overlapping the other.

Often, ingredients in the tortilla are not equally distributed, so this hack is meant to solve this issue, making it possible to get a taste of every element of the filling all in one bite.

I have seen a number of people on the app trying the trend and the resulting dish has compiled good reviews and satisfied taste buds, so I was enticed to try it myself.

Preparing the tortilla, I picked out four ingredients to make a breakfast style wrap: scrambled eggs, sliced avocado, shredded gouda cheese and drizzled hot sauce. Following the TikTok, I folded the tortilla and grilled it until the cheese had melted.

I took a bite into the creation and was pleased with the results. All of the filling was spread evenly throughout and the wrap had a delectable taste. Every bit was truly packed with flavor, and no ingredient seemed like it was missing.

I did encounter a few difficulties along the way. Folding the tortilla was not as easy as displayed in the videos, and the first fold was the most challenging. Flipping the wrap was also a tough task to perform because the ingredients would easily fall out due to the way the tortilla was assembled.

Overall, I enjoyed the preparation process, and the final product was worth the effort. The hack definitely lives up to the attention it is receiving, and I would highly recommend others to attempt their own version of the #tortillatrend as well.