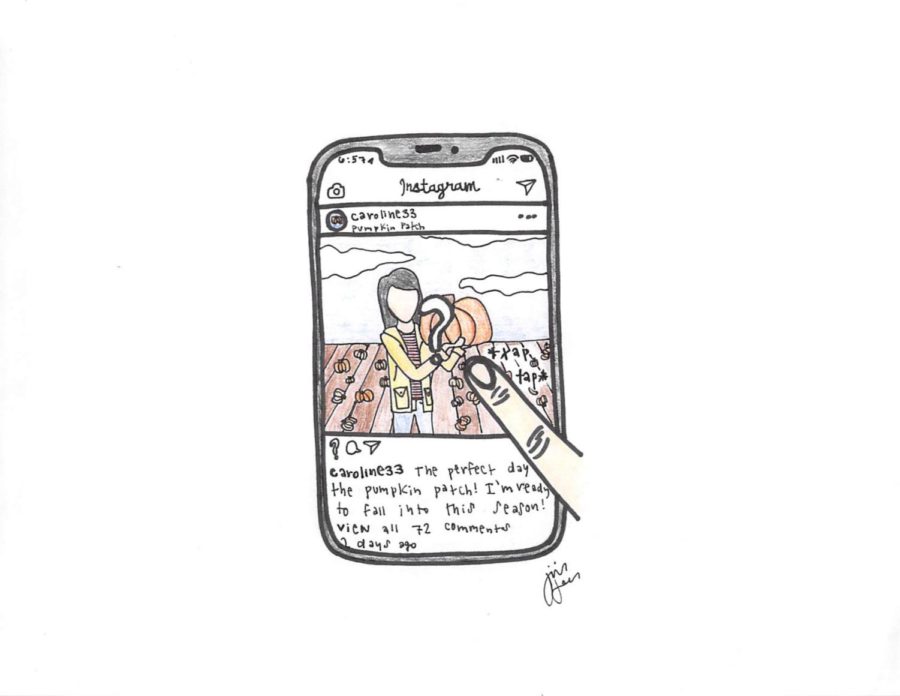 It’s the day after the dance, a family outing, or a late night out with friends. In other words, it’s the perfect time to post on Instagram.

Before teenagers officially post, they look up the best time to post: weekdays from 8 p.m. – 3 p.m. with high activity on Thursdays.

Now, it is time to post, but the anxiety has not yet diminished. For hours after teenagers post, they are constantly reloading their feed in hope to see more likes and comments.

This attachment and obsession with virtual likes has become an unhealthy habit displayed by most teenagers.

In recognition of this habit, Instagram began experimenting with ridding itself of likes on June 15.

This adjustment is a step in the right direction to eliminating unnecessary comparisons between teenagers. Although these virtual likes are nothing more than a double tap, they somehow represent validation.”

Currently, when users view other people’s profiles, they see the amount of likes people have on a photo. With the new update, they can still see who liked the photo but not how many people have liked.

This adjustment is a step in the right direction to eliminating unnecessary comparisons between teenagers. Although these virtual likes are nothing more than a double tap, they somehow represent validation.

Teenagers are constantly comparing their amount of likes to past photos and their friend’s photos. This creates an unhealthy level of comparison. By eliminating the number attached to likes, Instagram is helping eliminate this toxic level of comparison.

Although eliminating likes is good, it is not good enough. To fully fix the negative effects of Instagram, the app must become more like VSCO.

By eliminating the public pressure to have the most likes and republishes, VSCO has truly created an app that is focused around the self and not others, and social media platforms like Instagram should follow suit.