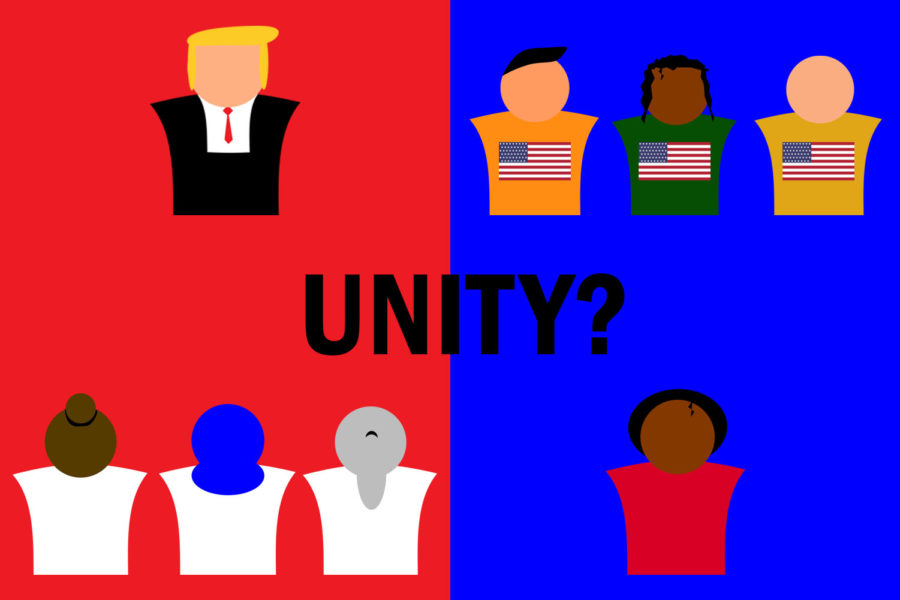 What do three American D-Day veterans, a Holocaust survivor, a 10-year-old brain tumor survivor and Buzz Aldrin all have in common?

They are 6 of 13 special guests, members of Congress, Supreme Court justices and other government figures who were subjected to listen to all 82 exhausting minutes of President Donald Trump’s disappointing, disingenuous and disheartening State of the Union (SOTU) Address on Tuesday, Feb. 5.

The SOTU is vitally important to rhythm and harmony of each year’s legislative agenda between the President, House, and Senate. President Trump’s failure to deliver an accurate and meaningful SOTU exhibits to the American people that our President will continue to cause our nation to be in bipartisan gridlock.

I knew a few things going into this year’s address. I knew that the president’s speech was supposed to call for unity in the legislative system. I knew that bountiful amounts of untruths and semi-truths would be used by the president to persuade uninformed viewers, because it seems these days many claims he makes are shredded to bits by fact checkers.

I knew that the majority of female Democratic House legislators in attendance planned to wear white in celebration of the 100th anniversary of the 19th amendment. And, I knew that this speech would tell tales of the 2020 election.

For the most part, I got exactly what I expected.

Unsurprisingly, President Trump blundered every step of one of the longest SOTU addresses ever. His prose was sloppy, insincere and tried so desperately to balance between what he thought the Democrats wanted him to say and what would make his administration look good. It was a complete mess. So much so, that most of the post news coverage was devoted to fact checking each statistic and claim, most of which had some level of falsehood.

I think President Trump’s biggest misstep was not having a clear audience.

From this perspective, it can be understood how impossible of a task this is. Yet, the Obama and W. Bush administrations were able to convey much stronger messages in their equally divided state of governments. President Trump and his speechwriters could have used this address in a more effective way, but they completely wasted it.

The democratic response, however, did more in seven minutes than President Trump did in 82.

The response was delivered by democrat Stacey Abrams, the first African-American woman to give the response and former Minority Leader in Georgia’s House of Representatives. Abrams was a smart choice to give this rebuttal, as she is not currently a democratic candidate for the 2020 election.

Unlike President Trump, Abrams knew exactly who she was addressing and how to address them. She aptly connected with people of all classes and spoke of the possibility the future holds, while also directly acknowledging that Trump’s rose-colored speech is inaccurate and begs for Americans to keep believing in him.

In Abrams’s own words, I don’t want the president to fail, but we need to tell him the truth.”

When speaking of voter suppression, I felt as if Abrams focused too much on her loss in Georgia. But the rest of her personal examples were spot on and connected with the national demographic she was aiming for. A variety of Americans literally stood behind Abrams, while the president stood in the way of the most diverse Congress in U.S. history, failing to completely connect any audience.

In Abrams’s own words, I don’t want the president to fail, but we need to tell him the truth. Despite all of his attempts to convince the public otherwise, this administration is failing the American people more than it’s supporting them. Real, unbiased facts prove this and go against most of everything that comes out of the White House.

President Trump tells us that the state of our union is strong. But with the third year of his term beginning and national unity growing weaker by the day, his poor leadership skills must right themselves to truly help heal deep partisan wounds.