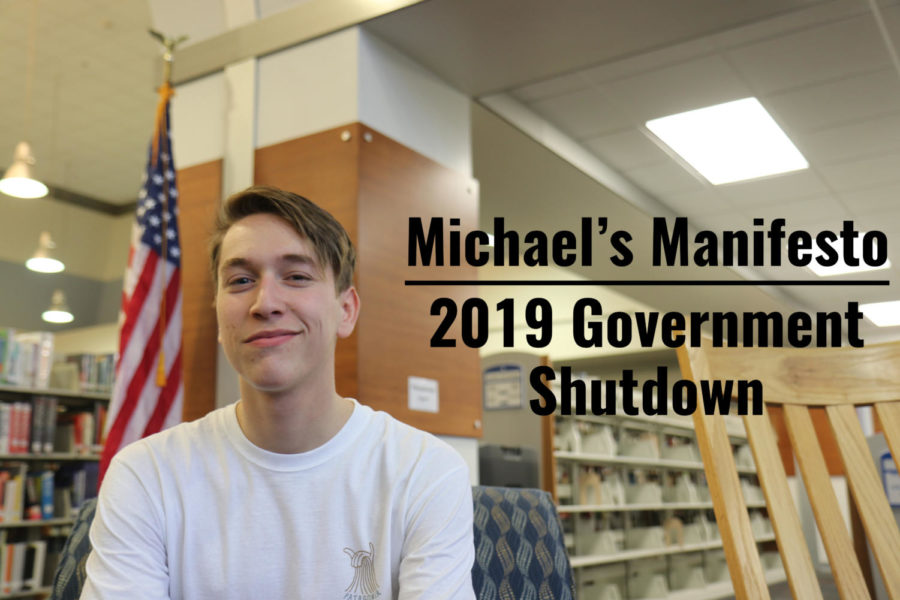 It is only one day until Donald Trump’s latest government shutdown becomes the longest in American history. Since Dec. 22, non-essential parts of the federal government have had their pay furloughed or have been put on leave without pay. This shutdown, the third government shutdown since Donald Trump took office, is a result of the Republican-controlled Senate inserting a $5 billion proposition to build “the wall” within the annual federal budget.

The proposed wall, which was a Trump campaign promise dating back to 2015, would span 700 miles to prevent the illegal crossing of immigrants into the United States. Democrats have countered with the offer of $1 billion for “border security,” but the Republicans, under Trump’s leadership, refuse to cave.

I increasingly am horrified of our current government. Over the last two years, this presidency has begun to feel like less of a joke and more like a nightmare. Currently, 800,000 Americans are going without pay due to this government shutdown. Some people have simply been told not to go to work and have forced to rely on their savings; however, according to “Market Watch,” 420,000 Americans with crucial jobs are being asked to work without pay. Federal law enforcement and correction officers for instance are being asked to put their lives on the line while perhaps struggling to feed their families.

Real people are being put in horrific financial situations during this shutdown, the government will be forced to pay $10 million dollars in taxpayer money due to interest penalties, and all of this is because Trump doesn’t want to have another promise fall flat.

Media outlets have scoffed at White House Press Secretary Sarah Huckabee Sanders’  figure that 4,000 terror suspects cross the southern border each year, but in truth I could care less about the invalidity of Trump’s statistics at this point. Whether his reasons are meritable or not for building the wall, the fact of the matter is that he’s torturing the American people to get his way. The president continues to take a loose interpretation of the Constitution as he threatens to declare a “national emergency” to order the building of the wall without Congress’ approval.

A Reuters/Ipsos poll has estimated that 61% of Americans oppose shutting the government down for the wall. Maybe more people aren’t coming out in support of the president because the general public doesn’t support shutting down the government for useless concrete slab. The duty of the president and all other public officials is to fulfill the desires and needs of the people, not dictate them.

The reality of the wall and (so far) the second longest government shutdown in American history is that Donald Trump doesn’t want to come short on yet another campaign promise. Where is the repeal and replacement of the Affordable Care Act? Why hasn’t he put Hillary Clinton in prison like he said he would? Why hasn’t he pulled us out of NAFTA yet so that American manufacturers are no longer put out of business by their cheaper Mexican competitors?

Most knew these campaign promises would never happen, but if Trump similarly fails on his ultimate promise, the wall, then he knows his cult of personality will leave him. He won’t be Trump the outsider, Trump the wildcard, Trump the swamp-cleaner – he’ll just be Trump the politician. Except most politicians don’t cause the government to shut down.