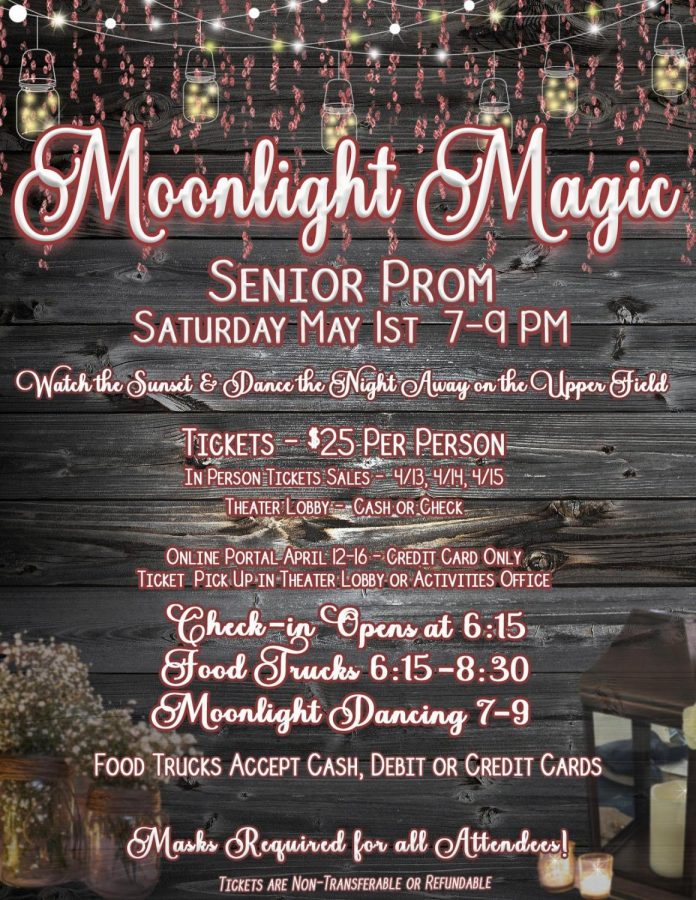 Tickets to the MHS Prom cost $25 per person and are available to purchase online from Friday, April 16, to Friday, April 23, by credit card payment only. To pay with cash or check, students should visit the Activities Office next week.

When Elizabeth Bleyer, junior, found out the MHS Senior Prom, was opening up to juniors this afternoon, she was quick to log onto her computer and purchase a ticket.

“I was really upset when I first heard juniors weren’t going to be allowed to go to Prom but when I heard the news today, I was extremely excited,” Bleyer said.

Bleyer is dating a senior, who initially wasn’t going to go to Prom without her. In addition, many of her friends are seniors who can now go as a group.

The news broke by email today. The tickets are first come, first serve, as tickets are limited for juniors. Bleyer said this might create an issue for some of her fellow classmates.

Janet Koch, business teacher, sponsors the Junior Cass and has been working with Lisa Nieder, activities secretary, and the administration team to plan Prom.

“Although this year’s prom is being held on campus, you need to delete any preconceived thoughts you may have about having a prom at school,” Koch said. “This is going to be a first class event.”

Prom is scheduled for Saturday, May 1, from 7-9 p.m. and will be located on the upper athletic fields. The theme for this year’s Prom is “Moonlight Magic,” an elegant rustic theme. Koch said the event will be outside with Edison lights, lanterns, a boxwood chandelier in the middle of the tent and chiffon drapes.

I honestly believe that this year’s Prom is probably the best Prom we’ve put together. I don’t think it’s going to be anything short of spectacular.”

Koch said MHS is renting a large wedding tent with a dance floor and a DJ. The entire area will be professionally decorated.

No outside guests will be allowed and the event is limited to two hours mandated by St. Louis County.

Students will be allowed to check-in at 6:15 p.m. to purchase food from food trucks before the dancing starts at 7 p.m. Seniors are responsible to pay for their food, but water bottles and canned soda will be free of charge, Koch said.

All attendees must wear masks unless when eating and that time will be limited to 15-minute increments, Koch said.

Nieder said they also calculated the time of the sunset, which will be setting in the middle of Prom.

“I honestly believe that this year’s Prom is probably the best Prom we’ve put together,” Nieder said. “I don’t think it’s going to be anything short of spectacular.”

Nieder said Activities Director Shane Matzen and coaches worked together to move games and practices so the upper athletic fields would be available.

“It’s going to be this experience that they [seniors] will treasure always,” Nieder said.

Senior Principal Dr. Dan Ramsey said the administration is trying to balance county rules with what the students want.

“I don’t know of an event where we had to jump through so many hoops and holes to make something happen,” Dr. Ramsey said. “Usually, Prom is a simpler task.”

I made a commitment that I was going to do everything in my power so this event happens for the seniors who have had a rough year and a half.”

Dr. Ramsey said it is better that the majority of juniors who want to buy a ticket can get one, in comparison to none of them getting one.

“We never wanted a prom where juniors were excluded,” Dr. Ramsey said. “After it looked like we could accommodate some juniors, we put the tickets on sale for them.”

Principal Dr. Steve Hankins worked with Assistant Superintendent of Supervision of Schools Dr. Lisa Counts to get St. Louis County to approve the holding of a Senior Prom, which was approved with a maximum capacity of 450 students.

After tickets were put on sale for seniors, tickets were bought at an average level, but there were still some available spots, which is why Dr. Hankins decided to open it up to juniors.

Another issue that played a role in that decision was the cost of holding the event. After calculation, the costs that MHS had to cover were large, and Dr. Hankins said he didn’t want to risk it for the seniors who had already bought tickets.

“I made a commitment that I was going to do everything in my power so this event happens for the seniors who have had a rough year and a half,” Dr. Hankins said.