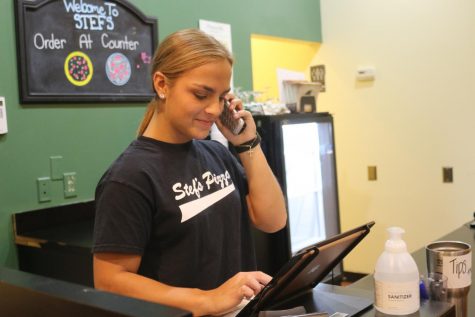 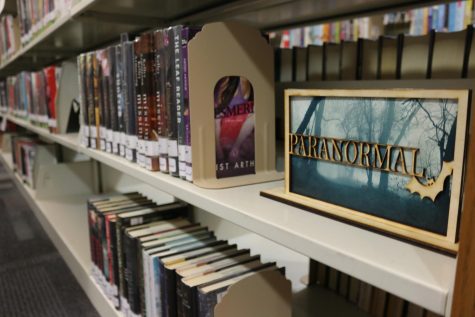 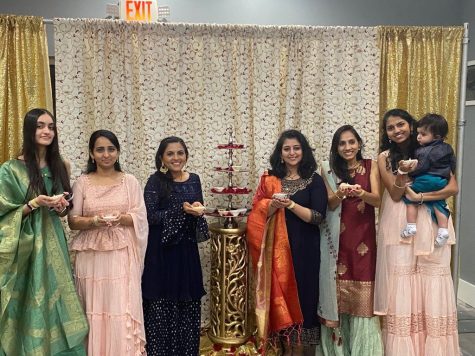 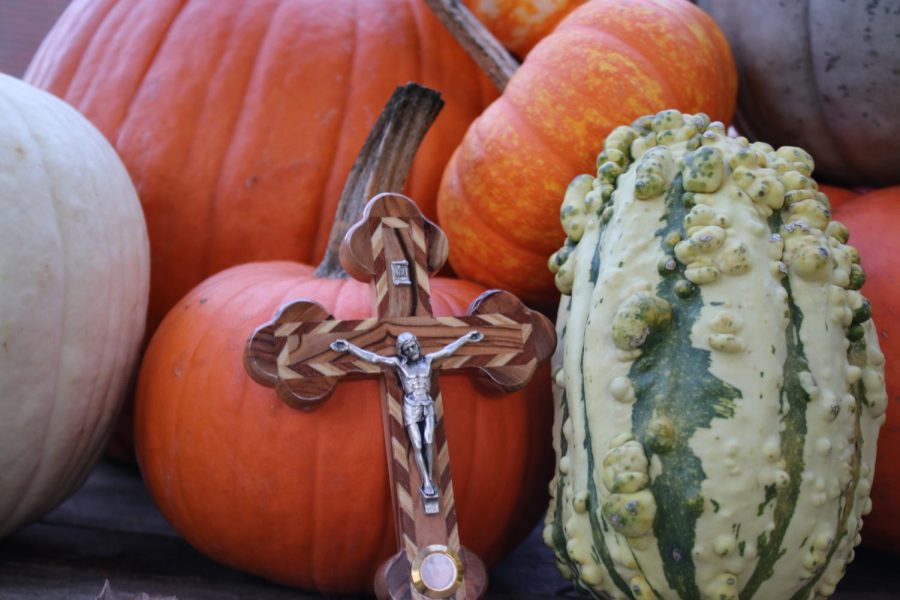 Though Halloween has become popularized in the United States, more traditional beliefs against the holiday are still held in parts of the world. Oksana Tyulyayev, MHS parent, is originally from Ukraine and said her beliefs against the holiday come from the Bible. She said a quote from Ephesians 5:11 summarizes her thoughts as it says, “And have no fellowship with the unfruitful works of darkness, but rather reprove them.”

Frivolous costumes and bags weighed down by candy are what mark most children’s memories of Oct. 31.

In many eastern European countries, however, the holiday is considered taboo based on religious ideals and looked over in favor of the more respectful and family-centered holiday seasons ahead.

Students such as Kate Bobrusev, senior, grew up in such households with parents wary of letting her and her siblings participate in Halloween.

Bobrusev’s parents are originally from Latvia, and she said as a result of their more conservative ideals, her parents were very hesitant to allow trick-or-treating at first.

“My neighbors were all doing it, and so she began to allow us,” Bobrusev said.

Bobrusev said she trick-or-treated throughout grade school before stopping in middle school. She then went to church and spent time with her church’s youth group to celebrate the holiday.

She thinks of Halloween as like a devil’s ceremony. I just think it’s just a fun celebration to hang out with people. People like scary stuff and I don’t really see anything wrong with that. It’s just a form of entertainment.”

As a middle schooler, Christina Tyulyayev, junior,  snuck out of the house one Halloween but was caught 10 houses down.

Christina said her mother is a traditional Christain Baptist from Ukraine and brought her conservative ideals to America.

“She thinks of Halloween as like a devil’s ceremony,” Christina said. “I just think it’s just a fun celebration to hang out with people. People like scary stuff and I don’t really see anything wrong with that. It’s just a form of entertainment.”

Christina was allowed little association with any aspect of the holiday as a child.

“Anything that had Halloween in it, my mom didn’t like,” Tyulyayev said. “Even the candy wrappers, if they had anything Halloween associated with it we couldn’t have it. As a kid, you don’t really understand what’s happening, and why the other parents are letting their kids trick-or-treat while yours aren’t.”

The origins of the holiday can be traced back to the Celtic festival of Samhain. In this festival, participants lit bonfires and wore elaborate costumes to ward off ghosts.

It was believed the line between the living and dead was blurred and ghosts returned to earth to wreak havoc.

Oksana Tyulyayev, Christina’s mother, said the Bible includes many passages that warn against the exact sort of actions that many partake in on Halloween.

I don’t want to participate in evil. It is not possible to separate from the evil part during celebrating.”

“I don’t want to participate in evil,” Oksana said. “It is not possible to separate from the evil part during celebrating.”

Conversely from her daughter, Oksana said she feels immensely relieved the Halloween season is over and that the Thanksgiving season can be a time when her family is able to refocus on God and His blessings.

“Before, I feel sad seeing people giving into evil. [This] will interfere with enjoying God’s creation during the fall,” Oksana said. “Afterwards, I feel joy about the upcoming Thanksgiving and Christmas.”

She said as a first generation immigrant to the United States, the family gathering and meal that comes along with Thanksgiving is her much preferred type of celebration.

Karina Solomakhina, junior, understands the aversion to the violence-associated parts of the Halloween holiday she has experienced in her household.

Instead of carving jack-o-lanterns, Solomakhina and her family would gather with their other religious friends to paint pumpkins. Her family would occasionally attend a church with a mini-festival for the holiday, so they could collect candy.

Solomakhina grew up in a Christian Ukrainian household where she said she learned Halloween wasn’t a part of her religion. Though she still holds her beliefs and does not engage with the holiday, she said her attitude toward the holiday has developed over time.

“I believed the same thing as my parents: trick-or-treating is bad, costumes are bad,” Solomakhina said. “As I got older, I was easier about it. I don’t really mind if people celebrate it. It’s their choice.”