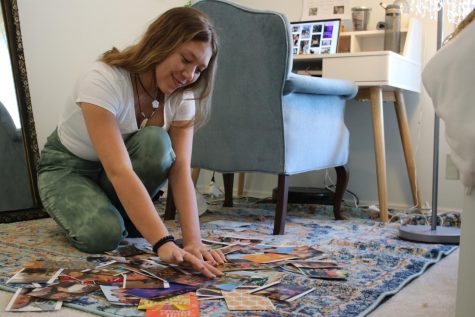 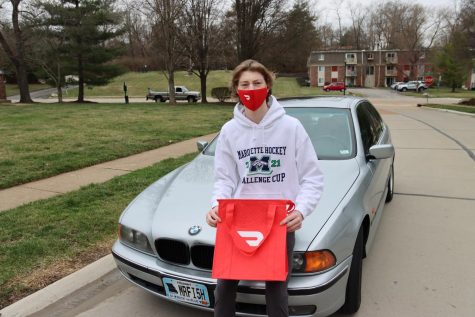 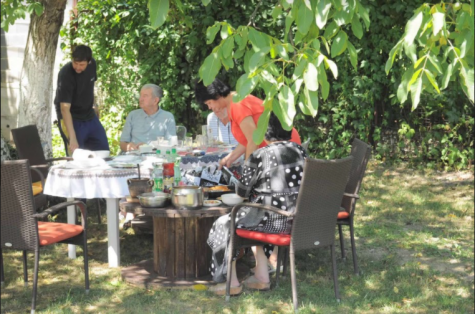 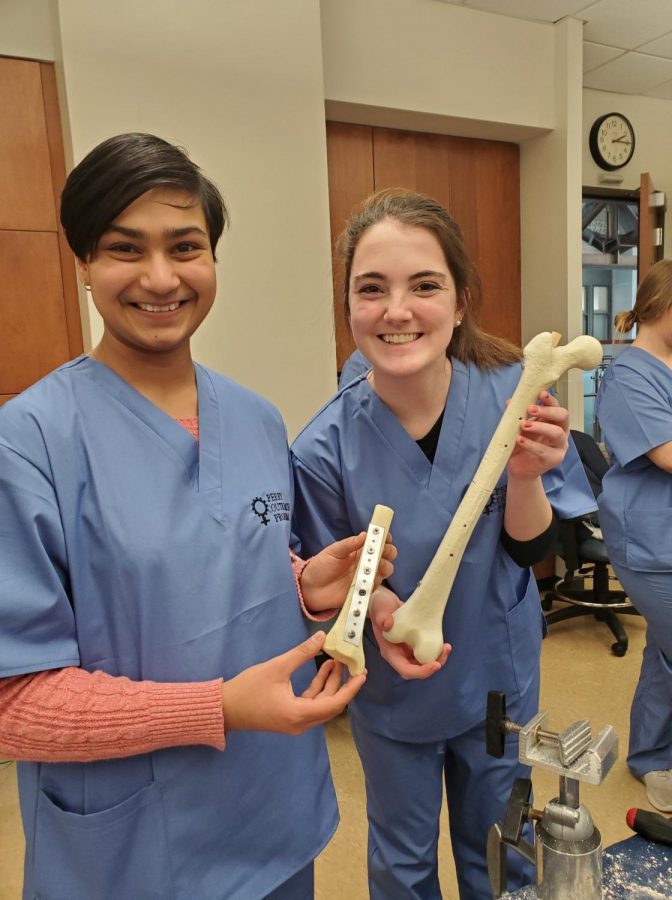 Senior Amanda Eshelman [Anisha Jarang on the left] participated in Perry Initiative Program at WashU in which they hosted a series of events encouraging girls to pursue careers in Orthopedic Medicine and Engineering which is a profession that is only 6% women. Eshelman said this program inspires her to combine her interest in healthcare and computer science. She said was amazed at the process of using technology in orthopedic surgery to place screws and visualize joint replacements.

When Amanda Eshelman, senior, accidentally found herself in Ms.Blanke’s CCL computer science class at age 8 little did she know she would gain national achievement for her work in the field 10 years later.

“As a third grader, I remember walking into my first computer science class and wanting to walk right out because I was the only girl in the room,” Eshelman said.

Eshelman said she initially found computer science boring and she felt out of place due to the lack of female representation. She had all intentions of quitting and never looking back.

Eshelman was selecting her courses for sophomore year and she hesitantly picked Introduction to JAVA as an alternative course per her dad’s recommendation but had no desire of actually taking the class.

“When I actually got put in the class, I thought it was a mistake and was not thrilled to say the least,” Eshelman said.

Eshelman said while taking biology, she was irritated by the fact that she was forced to read complicated codon charts to match the DNA and RNA sequences to their corresponding amino acids, so she created a codon reader as her first project.

“I recognized that I was finishing my biology work more effectively and in a timely manner than before,” Eshelman said. “This is when I realized that my computer science skills were more than a hobby and could help me solve problems in the real world.”

As her passion progressed, Eshelman said she continued to take more classes in the field but it was not until she had Elizabeth Dierker, computer science teacher, junior year that she really felt that a career in coding was possible.

“Since computer science is a male-dominated field, all my teachers had been male except for Ms. Dieker,” Eshelman said. “She was the first girl I met who knew how to code, which motivated me as a female to eliminate stereotypes.”

Dierker said Eshelman is different from most students interested in computer science because she illuminates enthusiasm. Most of her students are smart but Eshelman is one of the few who shows excitement for challenges presented.

“It’s as simple as giving me a high five everytime her program works, which is something only Amanda does,” Dieker said.

In a class of 20 percent girls, Dierker said Eshelman is doing exceptionally well and is well-rounded which is why she personally reached out to her to apply for the NCWIT Award for Aspirations in Computing.

“I know Amanda has done various impressive projects outside of class such as her organ donor system,” Dieker said. “I see her becoming a programming manager in the future so I pushed her to apply even when she was in doubt.”

Eshelman said she has gotten involved in computer science beyond MHS in forms of hackathons (48-hour projects with a given prompt) and created programs of her own.

An organ donor allocation system has been her favorite project. Eshelman said she was concerned with the inefficiency of the system of organs being shipped after someone passes, which was costing lives, so she made a plan using her computer science skills to better that.

“Through this project, I realized that I want to do something in which computer science and medicine are interrelated, so I can use my skills to better other lives,” Eshelman said.

After positive feedback from her friends and Dierker, Eshelman said she decided to submit her application for the contest using the organ donor portfolio.

Sneha Chandra, senior, has been a close friend of Eshelman’s since sixth grade and said she is shocked by how much Eshelman has progressed.

“Amanda’s complaints about her first computer science class in high school gradually turned into her pushing herself and coming to love the subject,” Chandra said.

Chandra said Eshelman is such a humble person and doesn’t vocalize a lot of her achievements to others but her talent in computer science is purely obvious.

“Looking at Amanda’s projects, I remember being in awe and telling her that she has the potential to be the best of the best,” Chandra said.

Along with Chandra’s reassurance, Eshelman said she found inspiration from her idol last summer.

“Reese Witherspoon once told me that computer science was meant to be used to benefit a greater community,” Eshelman said. “Hearing those [words] coming from her struck me to want to use my skills in making the world a better place.” 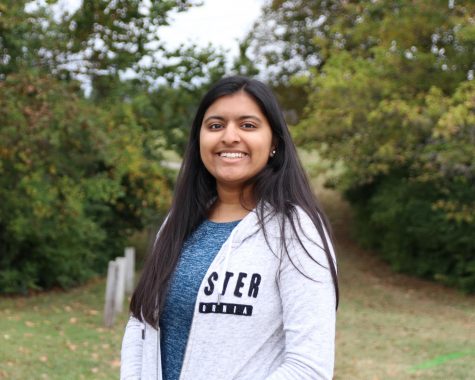