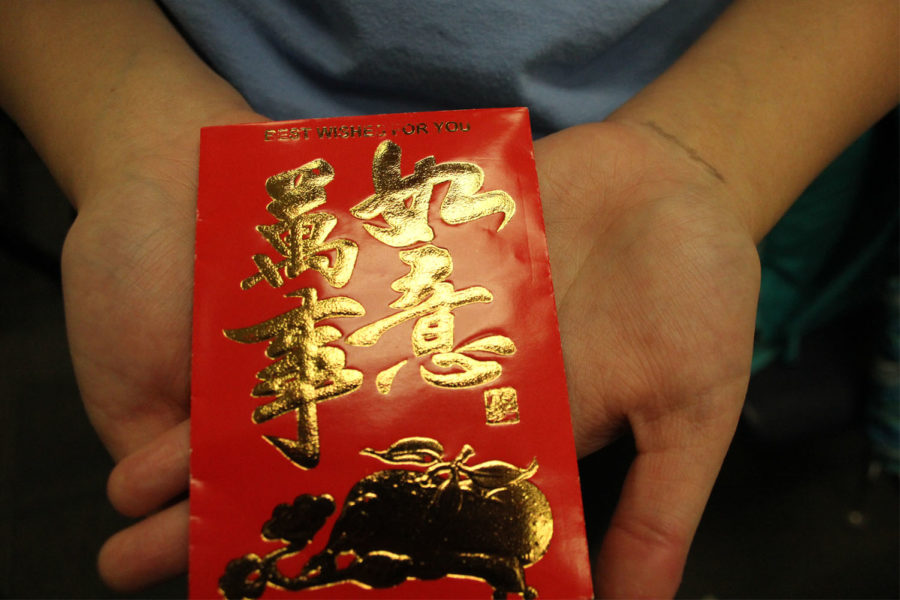 Maggie Yang, senior, received a red pocket, or red envelope, containing money from her parents. Yang said the money, given to kids by older relatives, can get up to 20,000 yen or 3,000 dollars. While Yang’s extended family lives in China, she said they use WeChat, a phone application, to send red pockets. “It’s different because we are overseas but they still have ways to do it,” Yang said.

Chinese New Year, also known as Spring Festival, is one of the largest cultural holidays for Chinese people across the world. The date varies every year depending on the lunar calendar. This year’s Chinese New Year, on Feb. 5, marked the beginning of the Year of the Pig, one of the twelve animals in the Chinese Zodiac cycle.

While Chinese New Year is technically on the fifth, Yang said the eve could be considered the most important day of the celebration because of the large, symbolic dinner that is prepared.

“You typically want to eat food that has a meaning in Chinese that is different but sounds the same as another word,” Yang said. “Say you have duck, in Chinese it sounds similar to the phrase for good fortune.”

However, Yang said the spread at her house, consisting of five dishes, is smaller than that which can be expected in China where celebrations include red wall decorations, posters and even early shop closings.

Yang said her extended family lives in China and celebrates by eating the New Year’s Eve meal together.

“Everybody goes to my grandma’s house, so there are around 20 people celebrating and eating there, but here it’s different,” Yang said. “It’s just me and my parents.”

Yang said while most people spend the actual eve with their family, in St. Louis it’s common for Asian families to have Chinese New Year parties the weekend before or after to celebrate the holiday as a community.

“If I compare it with a holiday in the U.S., it’s more like the combination of Thanksgiving and Christmas,” Jun said.

Jun said the core of the celebration is spending time with family and having a good meal with them. Because of this, he said there isn’t a significant difference in how the holiday is celebrated in China or the United States.

However in China, the transportation rush is a major indicator of the holiday.

“Airports, train stations, bus stations – everywhere will fill with a large number of people because they are all trying to get home on time,” Jun said.

Jun said because of how large China is there are unique traditions specific to certain regions. These can vary from dancing to local theater performances to food customs.

“There are many different local  activities, but overall the entire country is filled with a kind of joyful atmosphere,” Jun said.

Jun said one of the most important rituals, celebrated by all, is visiting older family members such as grandparents, aunts and uncles. Usually the younger generations visit the older generations and receive “red pockets” or red envelopes containing money from them.

Rachel Yue, junior, received a red pocket from her mother on the morning of Chinese New Year. Yue said her envelope had a picture of a pig on it to represent the beginning of the new year.

While holidays aren’t a big deal in Yue’s household, she said her mom always cooks a large meal that includes fish the night before, and her family watches a Spring Festival television program that features live skits and performances from Chinese public figures.

Yue said Chinese New Year is an opportunity for her to connect with Chinese culture.

“Chinese New Year is a way to remind myself of my roots,” Yue said. “I’m in America. I’m American but I also have these these roots in China and I can celebrate them with my family.” 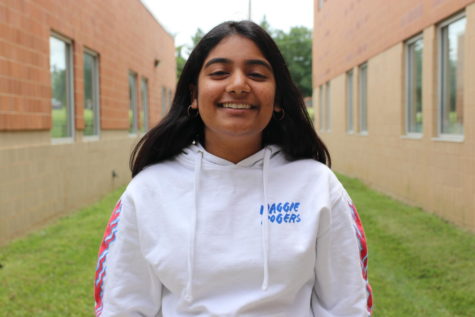