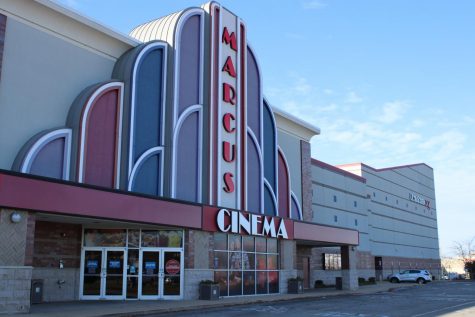 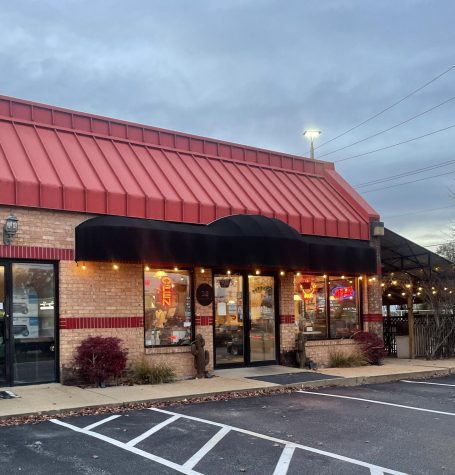 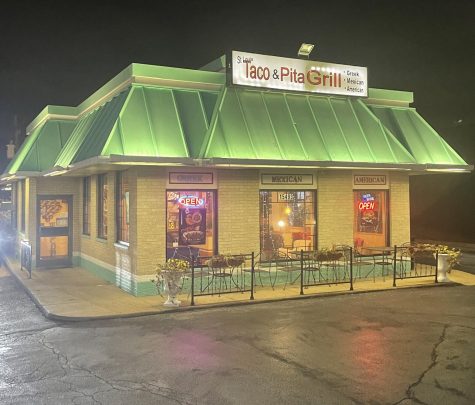 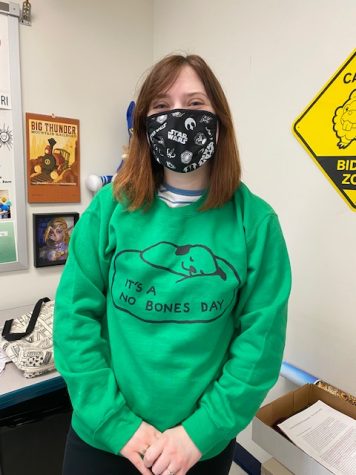 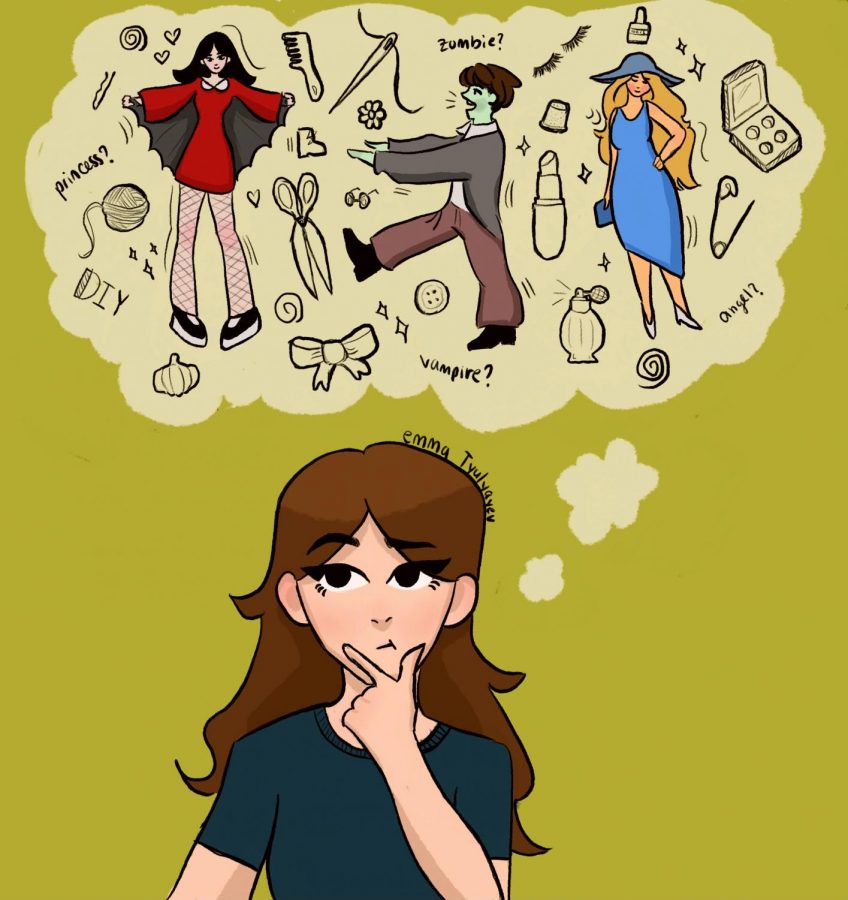 MHS students have created and put together their costumes by buying pieces online, thrifting them, or DIY-ing them.

While scrolling through TikTok, Paige Starr, junior, realised the lack of Millie from Helluva Boss cosplays on the platform. Taking matters into her own hands, she decided to spend the next couple months working on the costume herself.

“I am kind of a person who loves everything about Halloween,” Starr said. “Like the decorations, the music, but most of all, the costumes. In fact, the ones I’m going to be using this year I have been working on since August.”

Starr, who has dressed up almost every Halloween since she can remember, hopes Halloween will be better than last year, when COVID canceled it.

“The only challenging part is the arrival dates for deliveries from Amazon because It even said it might arrive in November, past Halloween,” Starr said.

Starr said she has been buying materials and clothing pieces from Amazon and stores like Spirit Halloween. In total, she’s spent around $95 and up to $130.

She has bought black cosplay hooves she plans on painting red as well as getting horns she will paint with white stripes. She is also getting her first pair of yellow colored contacts for the costume.

If her items arrive later than expected, Starr said she plans on dressing up as Marceline from “Adventure Time.”

Mallory Kaimann, fashion teacher, said students DIY-ing and thrifting their own costumes is increasing in  popularity.

She said it is also a good way for teens to save money and help keep the Earth a bit cleaner. The amount of fast fashion and fabrics out there are in high numbers, and Kaimann said reusing these clothes that would otherwise be thrown out is a benefit.

“It helps to keep that carbon footprint down, and makes sure that we are reusing clothes that people have already worn,” Kaimann said.

Max Nishimura, senior, is planning on using clothes he already owns to make his costume of the bass guitarist from Queen, John Deacon.

Nishimura has spent a couple weeks looking for all the pieces, which includes his favorite piece: a guitar. He plans on visiting  a thrift store if he isn’t able to find the right t-shirt. Overall, Nishmura said he has probably spent $10 at most.

Brooke Lawson, junior, is also putting her costume together from scratch. Like Nishimura, she is thrifting her costume, which is going to be Mrs. Peacock from the movie and board game “Clue.”

Lawson has been looking at thrift stores, clothing stores and online stores for her pieces. In all, she said she’s spent around $20 so far.

Lawson said she is excited to find the accessories for her character, who is a stereotypical upper-class woman who wears expensive clothing and flashy jewelry.

On the other hand, Lawson has found it challenging to look for certain costume parts.

“Originally I had planned on thrift shopping and I went to three different places,” Lawson said. “I couldn’t really find anything that I thought would fit the costume.”