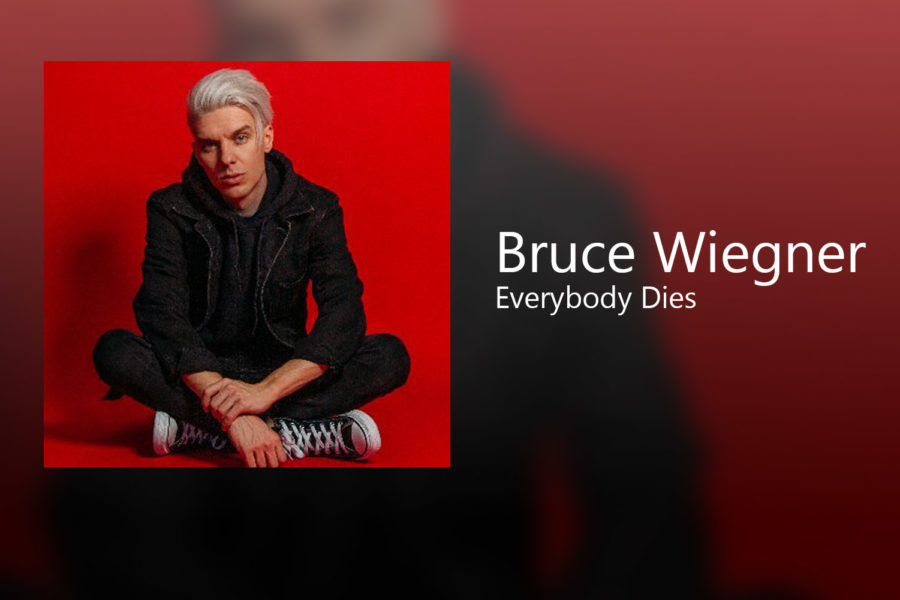 Who would have known the phrase “Everybody Dies” would be so comforting?

Bruce Wiegner released his newest single “Everybody Dies” Dec. 3 and its morbid title is so far from what the song truly is.

Wiegner sings about a time when he was panicked and anxious until his friend told him that “everybody dies.”

Ultimately, my favorite part of this entire song isn’t necessarily the musicality but it’s the message behind the song.

He relays the theme that, in the reality of life, if you are always stressing and worrying about the future, you will miss the life you have now. Everybody dies at some point and worrying and stressing just wastes the time you are already given.

Ultimately, my favorite part of this entire song isn’t necessarily the musicality but it’s the message behind the song.”

I also enjoy the fact that all the lyrics in this song make me think. My favorite line is “it’s so hard to admit that everybody dies but not everybody lives.” This lyric is so true in that so many people let fear control their lives and they never truly enjoy the life they are given.

But in the end, everybody does die. You have to make the most of the time you are given and Wiegner truly captures this.

I love the beat drops and guitar riffs in this song. It combines this fun, electric beat with a unique guitar arrangement and I think it is so flawless.

It’s  also so fun when something at face value looks so dark and depressing but is actually a song of inspiration. The musicality of this song creates this strange positivity to the song.

I love when artists have some kind of unique aspect to their song and Wiegner definitely delivers this. Instead of wrapping up the song and ending it like normal music, the song ends suddenly when he says “everybody.”

This creates the effect of death being sudden and also continues the theme of the song that you have to make every moment count because you never know when your time will be taken away.

Overall, I am so in love with this song and I plan to carry it’s message with me from now on.