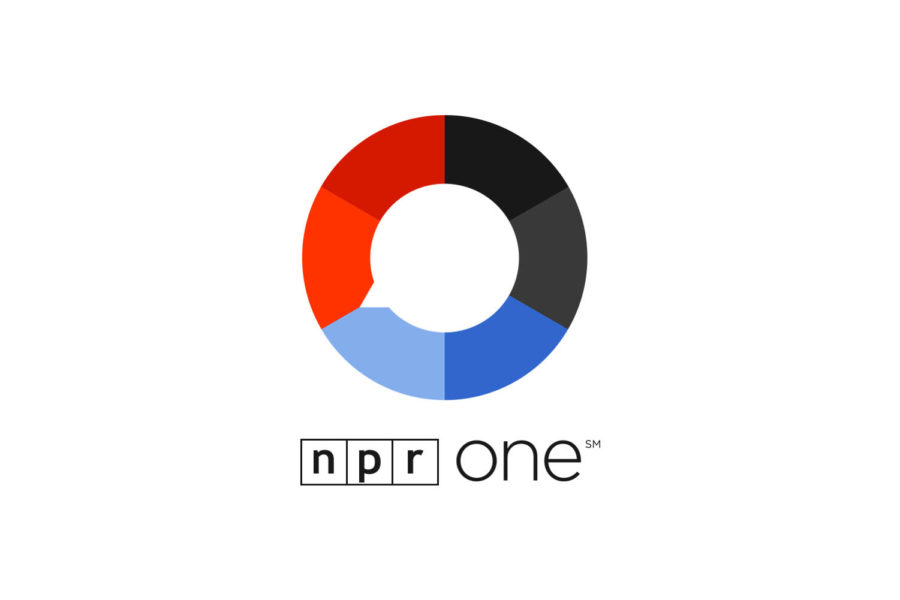 In the mid 2010s NPR, like most other traditional radio stations, ran into two seriously formidable competitors: streaming services and podcasts.

Platforms like Spotify, Amazon Music and Apple Music burst onto the audio scene, providing an easy-to-access home for the podcast medium’s breakout success.

So in 2014 NPR responded with a streaming service of its own called NPR One. Not to be mistaken for the “NPR” news app, NPR One was extremely underutilized by its creators in its startup years and was left to the wayside aside from a few minor updates. However, recent developments in the tech industry have caused a resurgence in updates, attempting to revitalize the app as a contender in the audio soundscape.

What sets NPR One apart from Spotify and Apple Music is the way it blends NPR’s signature radio content with their original podcasts.

Booting up the app for the first time, users are prompted to make an account and choose their local public radio station. From this point on, the app begins queuing (seemingly always in this order) national and local newscasts, longstanding programs like “All Things Considered” and podcasts.

The consistent order of programing is nice because it provides the listener with the most up-to-date news, before moving into longer form content. The more the app is used, the more your brain starts to ease into the pattern of cognitive attention needed for each story length, making it easier to predict when to skip a program that might be redundant.

There’s not a whole lot to discuss about the standard or variety of the programs themselves. NPR is considered to be one of the most unbiased major news sources in the world, as well as a leader in radio news. Expertly crafted stories and concise newscasts are exactly what the app delivers, which is a major draw for mobile listeners.

The quality of stories is enough for most listeners to overlook the disappointingly lackluster features of the user interface. On the main playback screen labelled “Listen,” the user is presented with a mostly blank white screen and only four buttons: search, rewind 15 seconds, pause/play and next track. It’s almost like looking at a Jitterbug phone made for senior citizens. What may be viewed as simplicity for older listeners in NPR’s primary demographic appears barren to younger users.

For starters, the queue isn’t even viewable unless you swipe to an “Explore” page, and even then it’s tucked all the way at the bottom. Only three programs are queued at a time, so choices are limited. Thumbnails for programs are so small and hard to see that it’s hard to remember what you listened to.

Only some programs have the option to be marked as “Interesting,” while none have the ability to be negatively tagged, limiting listener feedback. Specific programs can be subscribed to, but it doesn’t seem like this makes them appear more regularly. Podcasts can be tagged for later listening, but once again that list is at the bottom of the explore page.

Despite housing many of the features missing from the Listen page, the explore page itself is surprisingly low on content. There are a few subpages where NPR recommends programs, but the number of choices on my account is less than 50. That may sound like a lot, but it feels like there should be a lot more offered that just isn’t visible. No matter how careful I am at displaying my preferences via the Interesting button, the content never changes to something I would better enjoy.

The one good part of the Explore page is the “Dive Deep” section. Here you can find stations that better curate thematic content than the regular Listen page. More unique and interesting podcasts can be found here, which is most likely because NPR editors specifically select what is played on these stations. The longer I use the app, the more I move to these stations instead of Listen.

Updated But Not Equal

The truth is, NPR One hasn’t changed all that much from its release in 2014. That is, on mobile devices and computers it hasn’t. The smart home market is where NPR is really concerned.

At a journalism conference in Washington D.C., NPR emerging platforms engineer Anne Li shared that 20 percent of people in the U.S. own smart home products like the Google Home or Amazon Echo line of products, and 50 percent of those people own more than one device.

NPR One is being reshaped to be most effective on these devices which are mostly speech controlled and don’t have screens. The mobile user interface may be underwhelming, but when you have to remember commands to say aloud, simplicity is key. To be fair, simplicity becomes a much more positive factor when looking at smart home products in their own category.

The app is owned and operated by NPR, meaning they own it in its entirety and do all of the coding, designing, user testing and program curating themselves.This is important to note because it prevents competitors from having a stake in the company.

Amazon, however, has forced NPR into a closer partnership with them by insinuating the creation of a similar app, with Google Home and Spotify already having a similar agreement, as well as a larger variety of content to offer. NPR also does not have and is not considering the creation of their own device, practically making them the last dog at the bowl.

By focusing most of their research and development efforts purely into the smart home version, they are missing out on establishing a key user base in mobile users. It is highly unlikely that smart home technology will surpass smartphone usage, and even if it miraculously does, mobile phones are inherently more accessible throughout the day.

NPR is fighting for a dominant spot in the new technological audio soundscape. By putting most of their eggs in the smart home basket, they have begun to take a risk at earning that spot.