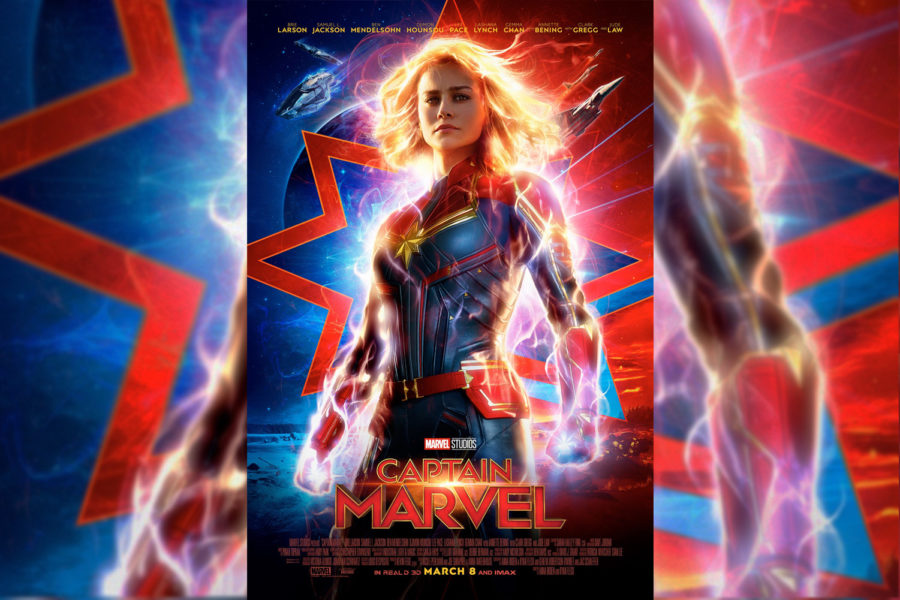 “Captain Marvel” takes place in 1995, as Vers/Carol Danvers, (an enjoyably lax Brie Larson) a member of an alien race called the Kree, defends Earth from an expansion-minded alien race called Skrulls that can mimic the appearance and voice of any person. Amidst the fighting, Vers has flashbacks of being a U.S. Air Force pilot, which S.H.I.E.L.D. agent Nick Fury (a naturally young looking Samuel L. Jackson) helps her recover.

“Captain Marvel” does well in terms of emotional fulfillment, especially as an origin story, due to Danvers’s reunification with her best friend from the Air Force, Maria Rambeau (a reasonably realistic Lashana Lynch). While their reunion is a defining moment for the movie, it doesn’t surpass emotional climaxes from other MCU origin films like “Spider-Man: Homecoming” or “Black Panther.”

In terms of fun action, however, it’s an incredible film. Directors Anna Boden and Ryan Fleck understood that not many people (intergalactic or otherwise) can take on Danvers in a one-on-one fight, and that shows. As a result, any fight involving Danvers tends to end quickly but creatively.

Brie Larson simply portrays Carol Danvers as a determined individual that anybody, regardless of perceived gender, can identify with.”

There’s also the handling of the Skrulls, which all in all, goes fairly well. Despite the large information dump of Kree and Skrull politics that “Captain Marvel” needed to wade through, its execution meshes relatively well with the plot. That being said, someone who accidentally wonders into a showing of “Captain Marvel” with no background information might end up somewhat taken aback by these political relations. At least it’s not “The Phantom Menace,” which is infamous for being bogged down by heavily exposited space-politics.

As for the feminist aspect of “Captain Marvel” that some anticipated and others dragged their feet over, I didn’t really feel it. While yes, in some flashbacks Danvers has from her childhood and early adulthood men tell her that because she’s a girl, she can’t do this or that, but it doesn’t go any further than that.

Skrull antagonist Talos, (a Ben Mendelsohn with an extremely well-acted balance between humor and seriousness) who, yes, is what would be considered a male by Skrull terms, or any of his comrades, never berates Danvers for simply being a woman, nor does anyone else from the cast, albeit those few men from her flashbacks. Brie Larson simply portrays Carol Danvers as a determined individual that anybody, regardless of perceived gender, can identify with.

If anything, at least her only weakness isn’t an absurdly easy-to-find green space rock.