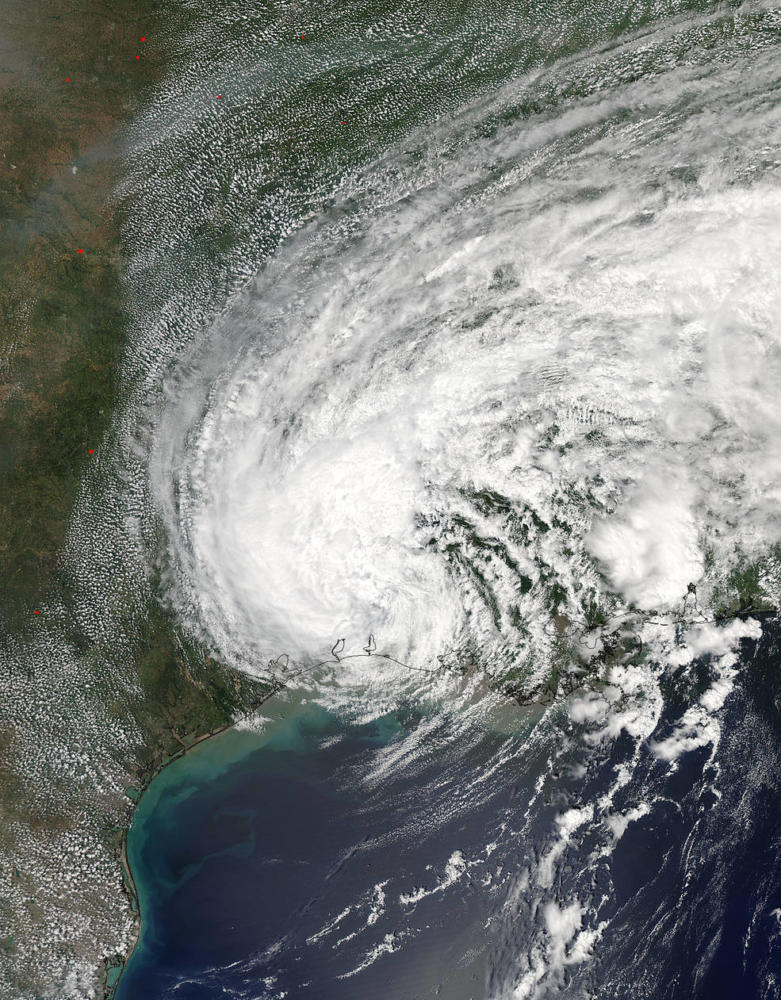 Pictured: Hurricane Harvey over the states of Louisiana and Texas.

From President Bush in Katrina to President Trump in Houston, many citizens have criticized the ways politicians have responded to natural disasters, claiming that the government is not doing enough to help victims in situations of need.

Many citizens claim that President Donald Trump visited “too soon,” while President Bush made his visit “too late.”

If Trump would’ve come to Texas in the middle of the disaster, he would’ve been interfering with the rescue and care of those in need. Trump would need his own protection, media and followers in order to ensure his own safety and to spread the word of the government’s actions, which would take away from those who need it.

This isn’t a time for political discussion. Instead of debating the actions of our government, we should look for ways to band together to help others.

While it may seem like it doesn’t affect us,this hits closer to home than you may think.

On Aug. 24, Missouri Task Force 1 (MOTF-1) was contacted for deployment to Texas as part of the government’s emergency response team (FEMA). The crew packed their supplies and shipped off within four hours of emergency contact.

These are people’s parents, siblings, children. These are our paramedics, doctors and first responders from all across Missouri. Despite knowing the dangers that may be present, they are shipping off to help others within four hours of being told where to be.

With Hurricane Katrina, many civilians were trying to evacuate at the same time and it resulted in heavy traffic. Many people got stuck in their cars and therefore drowned because of it.

In an effort to avoid this dilemma during Hurricane Harvey, only necessary cities were ordered to evacuate.

Yet people find this to be “not enough.”

I am closely related to one of the first responders who gave up everything to help out because he wanted to. All of these responders want to help out.

These ordinary heroes volunteered to fight danger in an effort to aid others. I won’t stand by and let this side of the story be neglected.

In the end, I think it is unfair to belittle the efforts of both the government and the ordinary people who volunteered themselves to help save lives. So, if you want to go out and criticize their endeavors, why don’t you volunteer.