Movie Review: Beauty and the Beast 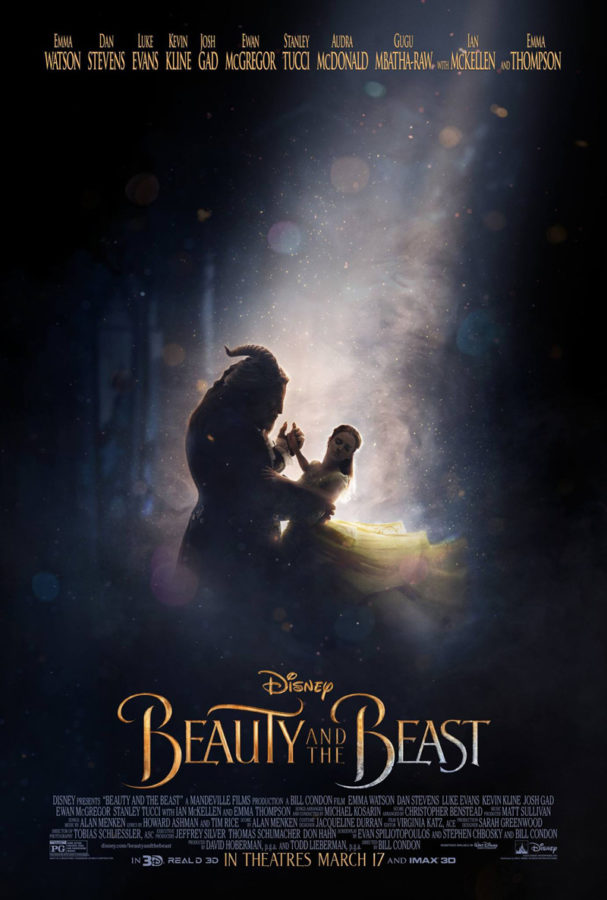 This movie was one of the best films I have seen in a long time. Emma Watson (Belle) and Dan Stevens (Beast) provided a wonderful blend of voices. I loved the soundtrack more than the story itself. The classic sounds were completely reborn by the amusing voices of the 2017 cast.

Throughout the story, I found myself laughing, crying, and all of the in between. The emotion was brought to life by the real life people and by the CGI. I couldn’t believe how well this movie was executed.

Mrs. Potts (Emma Thompson), Chip (Nathan Mack), Cogsworth (Ian McKellen), Lumiere (Ewan McGregor), and many more managed to continue the beloved aspect that the cartoon version gave: objects that were brought to life. I was concerned as to how these characters would be portrayed on screen. I thought that they would ultimately fail making the movie a major flop; however, Disney proved me wrong, and I’m glad that they did.

And how could we forget the amazing bad guys that we love to hate. Luke Evans (Gaston) truly had me sold on the arrogance and true self-interest that Gaston is known for. His attitude and violent actions were well executed and only benefited to the overall picture.

Although only a bad guy due to his involvement with Gaston, Josh Gad (LeFou) truly sold me on his character. After learning that he had played “Olaf” in Disney’s Frozen, I wasn’t sure how I would feel about him playing another character. I felt that I would only be able to hear Olaf whenever he talked. Gad completely took me surprise and reinvented the character. I loved his take on it and I wouldn’t have casted anyone else.

With the dark aspect at times, this movie was a little more mature than the original but the movie uses it to it’s advantage to one up the original. Kids in modern times are exposed to greater violence making this movie an even more current play on the old.

Of course, while I can never say this is better than the original, I can say that this movie was outstanding. I recommend it to anyone who just wants to hold on to their childhood and relive the precious moments that they grew up with.

Movie Review: Beauty and the Beast