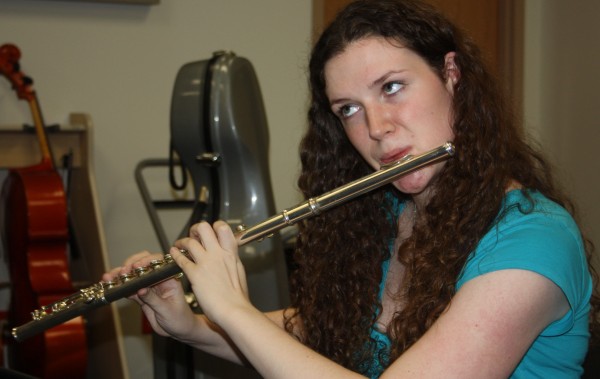 Eminem and Rihanna? Try Beethoven and Brahms. While the former may have topped the Billboard charts, the latter topped the summer of Carter Purcell, senior.

Purcell spent the majority of her summer at the Brevard Music Institute in North Carolina participating in the high school division of their annual music festival. After going through an audition process, Purcell was one of six flutists accepted into the program.

“[Brevard] is one of the finest music camps in the country,” Stan Minor, band director, said. “The performers they bring in and the faculty there are all top-notch.”

“She is probably the top performing flute player we have here,” Minor said. “[Her music] is definitely a career path for her.”

Already involved in MHS’s band as well as the St. Louis Symphony Youth Orchestra, Purcell woke up at around 6 a.m. every day from Friday, June 25 to Tuesday, August 10 tired but ready for a full day of music.

“We had music theory or music literature class starting at 8 until 9,” Purcell said. “I had band rehearsal Monday through Friday from 9:30 to 11:30, and then orchestra rehearsal usually went from 12:30 to 3:30. … Whatever hours we had off were basically practice time; there were lots of practice rooms we would go in for hours at a time. … Then every night except Thursdays there were concerts put on by students, faculty, and other people.”

“The faculty are sought out for their exceptional skills in playing and teaching,” Kristine McCreery, communications officer at Brevard, said.

There were many professionals there to teach and guide the students. Purcell had two private teachers: Dilshad Posnack and Marianne Gedigian, both accomplished flutists, among a few other teachers, conductors, and musical directors.

Not only was Purcell able to receive guidance from professionals, but other students were there to help her, too.

“There was a college division, which was great because we could ask all the college students for advice,” Purcell said.

Purcell met many other high school students from across the country and the world. There were some who came from as far away as Japan and Iceland, Purcell said.

All of the different people there exposed her to different perspectives on her music, making her a better overall musician. The many hours of practice also improved her technique.

The program provided a professional atmosphere for students to intensively practice their instrument with other students as dedicated as they were, McCreery said.

“My favorite part was being able to listen to really amazing musicians on a pretty regular basis,” Purcell said. “Around here we have the Symphony, which is great,  but it’s the same musicians over and over again.”

James Nacy, orchestra director, has known Purcell since she began high school through her involvement in band and orchestra.

“I think we have so many talented musicians here at Marquette, but you always grow as a musician when you’re working with people who are new to you,” Nacy said. “You learn new things from them because they are bringing different experiences with them. … [Purcell] was able to spend time with a lot of people who are equally as serious about the study of music as she is.”

Although the camp primarily focused on classical music, there was all sorts of music performed including some pop and jazz.

“You walk around the practice rooms and you hear everyone practice all the time so there’s always music going on,” Purcell said.

Purcell, Minor, and Nacy agreed it is important for students to participate in any activities like this to further their talents and “to keep life interesting,” as Minor said.

“It’s a tremendous educational opportunity,” Nacy said. “Carter had to work with people who had different experiences than she has so she has learned from that and then she brings that back here to Marquette and shares that with the students she’s working with on a regular basis, so everybody benefits from it.” 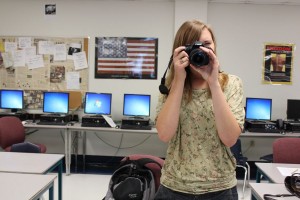 Melissa is a senior and this is her third year on staff. At MHS, she is also involved in Marquette Theatre Company as the historian, and she is a member...