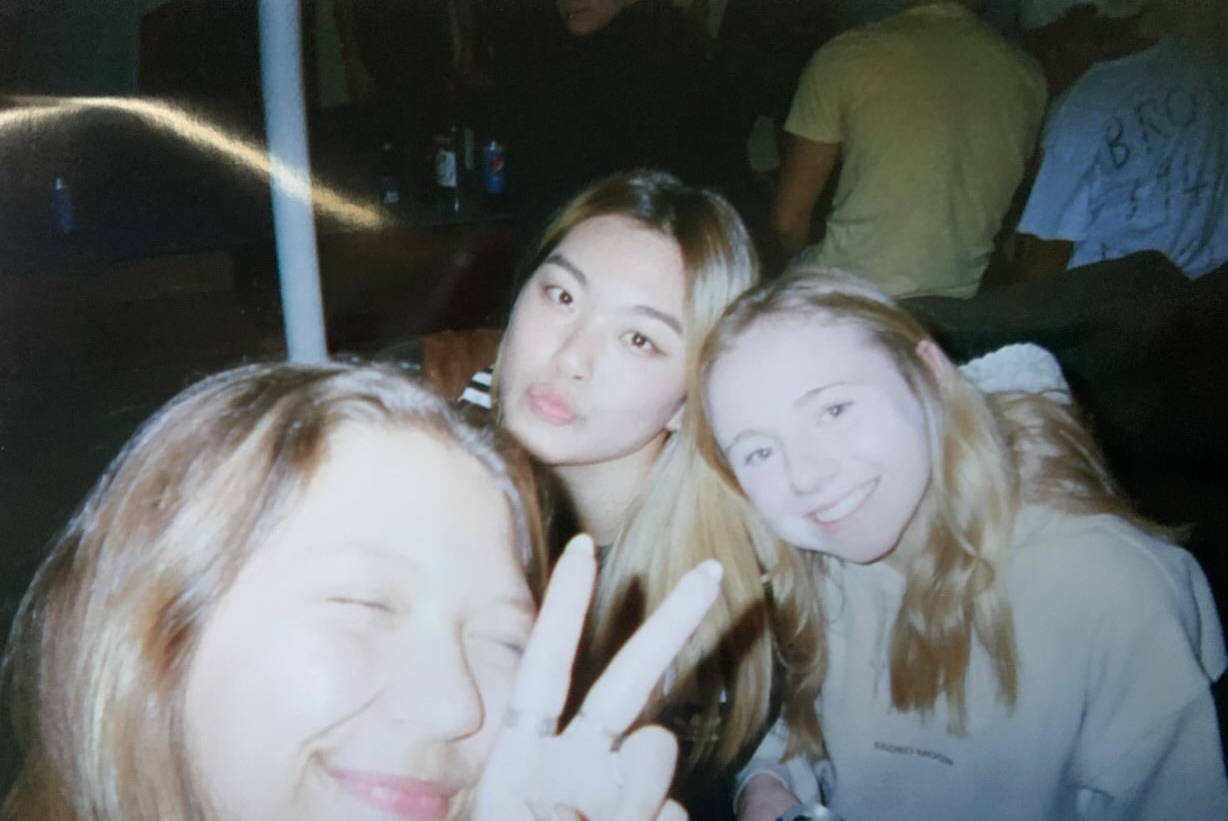 Teens opt for disposable cameras instead of digital cameras to achieve a “vintage” look. (Media by Winnie Arnold)

Teens opt for disposable cameras instead of digital cameras to achieve a “vintage” look.

To add a “vintage” vibe to their photos, teens are documenting their lives via disposable cameras as opposed to digital cameras or cellphones.

Dating back to the 1960s and gaining popularity in the 90s, disposable cameras were the easiest mode of instant photography prior to the invention of digital cameras and cellphones, so they were immensely popular, according to Kodak, camera company.

Their comeback can be traced back to the mass popularity of all 90s trends currently. Disposable cameras are considered “vintage,” thus teens are attracted to them, much like the return of record players and vinyls.

During the first wave of disposable cameras, people carried them around everywhere and simply snapped a photo whenever they wanted. The camera would then be sent to a developer who would then print the photos. Afterward, the 65 cent camera was thrown out and replaced with a new disposable.

It leaves a lasting memento of the event. Whether it be of something or someone, it’s memorabilia.”

The photos taken are oftentimes sent off to a local CVS or Walgreens photo developing booth where they are ready for pick up in two to four weeks.

Photos produced from these cameras are often grainy, overly-saturated with color and heavily light-streaked. Though this is a far cry from the high-quality photos produced from new age cameras, it is the effect that Gen Z is opting for nowadays.

Winnie Arnold, senior, said she prefers a disposable camera over her phone at times because of its vintage look as well as its limited capacity.

“I like the one-shot moments,” Arnold said. “I like to have them in my hands, and I can look back on them years from now.”

Arnold brought her Fuji film disposable camera along on her trip to Florida with a group of friends over Spring Break.

“There is one picture from our first night there, and we’re all sitting on the beach at sunset,” Arnold said. “We were so excited to be there, and it showed in that photo.”

Arnold said she collects these photos and hopes to continue building up her portfolio this summer.

Similarly, Aditya Gunturu, sophomore, also has indulged in the resurgence of disposable cameras.

Gunturu opts for his Fuji film disposable as opposed to a digital camera as he likes to have physical copies.

“It leaves a lasting memento of the event,” Gunturu said. “Whether it be of something or someone, it’s memorabilia.”

There is no ‘perfect’ take, disposables capture the moment as it is.”

However, Gunturu said disposable cameras can be difficult to deal with at times.

“You have to live with the mistakes that are made,” Gunturu said. “There is no redo or editing.”

Sridhar said she dislikes how there’s a limit to how many photos that can be taken, because she likes to take a disposable camera on all of her traveling ventures. So, she oftentimes has to pack multiple cameras when going on long trips.

On her trip to New York City, Sridhar snapped a photo of the skyline with her Fuji film disposable camera that she will never forget.

“It was my first time going to NYC, so having a physical copy of that picture made it so memorable,” Sridhar said.

Sridhar uses her disposable on a daily basis and prefers it over her iPhone camera, as it makes photos look more natural and less “posed.”

“There is no ‘perfect’ take,” Sridhar said. “Disposables capture the moment as it is.”