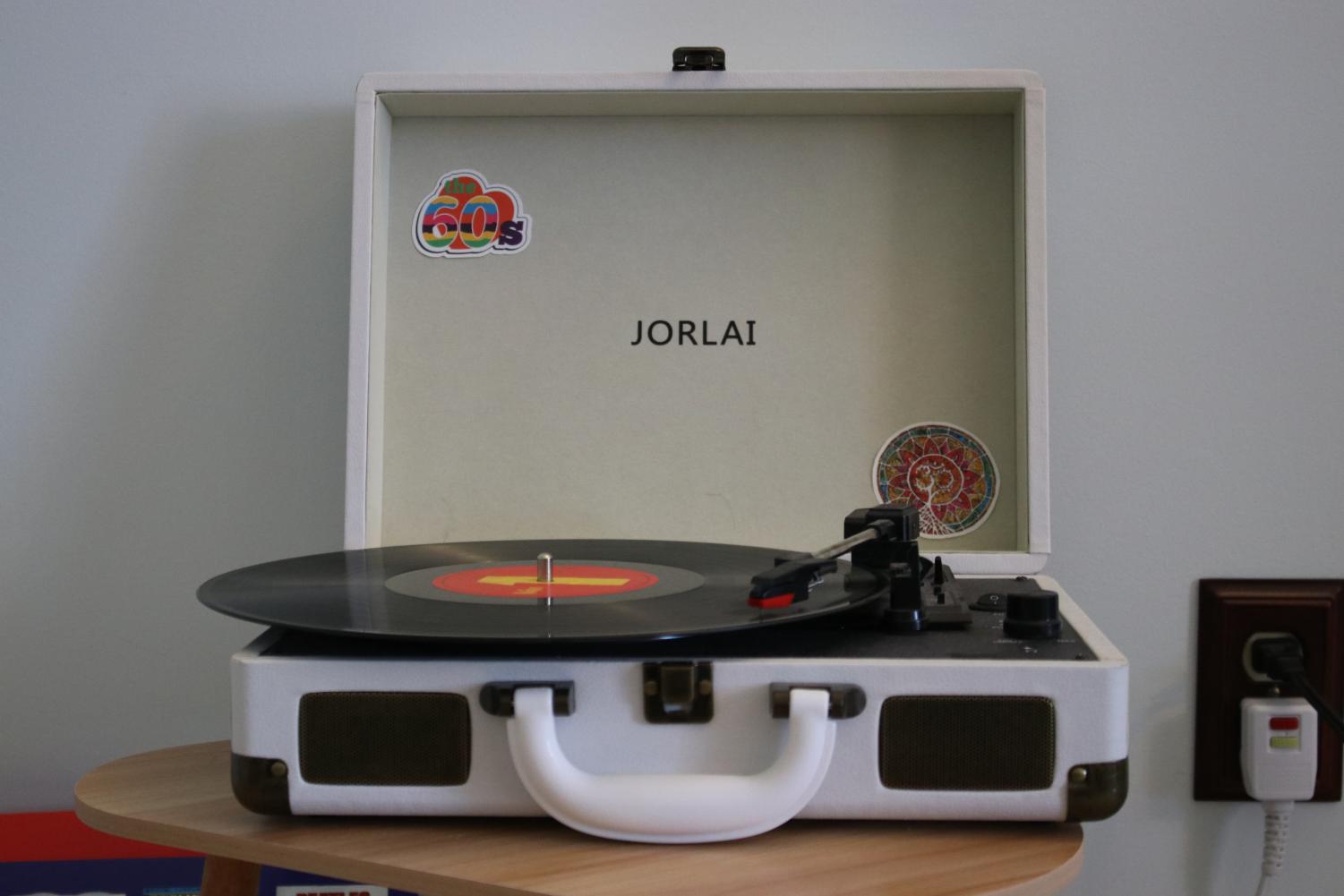 The most popular record players amongst teens are Crosleys, Victrola’s and Jorlais, but there are a variety of options for the vintage music device. (Media by Waha Siddiqui)

The most popular record players amongst teens are Crosleys, Victrola’s and Jorlais, but there are a variety of options for the vintage music device.

A few years ago, senior Jack Walker’s parents gifted him a Crosley record player. Since then, Walker has preferred listening to music on his record player over streaming on Spotify or Apple Music.

“Something about playing a record on a record player is a bit more relaxing and fun than listening to music on my phone,” Walker said.

“It’s one of my favorite albums of all time and playing it on the record player perfectly fits the vibe of the album,” Walker said.

While Walker is glad to see more teens dive into the vintage music device, he said most teens purchase record players simply because it’s trendy, but a record player is a medium of music that should be reserved for avid music listeners.

According to a survey conducted by Consequence of Sound, 2020 was the first time in 20-30 years that physical vinyl sales exceeded CD sales.

Sanjana Iyer, junior, is glad that an older trend was able to come back and get more appreciation

“It started as a popular social media thing that went with the vintage aesthetic, but more and more people have started appreciating records from all different music tastes and styles, which I think is really cool,” Iyer said.

Iyer says she loves listening to records such as “Wonder” by Shawn Mendes, “Don’t Smile At Me” by Billie Eilish and “Folklore” by Taylor Swift on her tried and true Crosley record player. 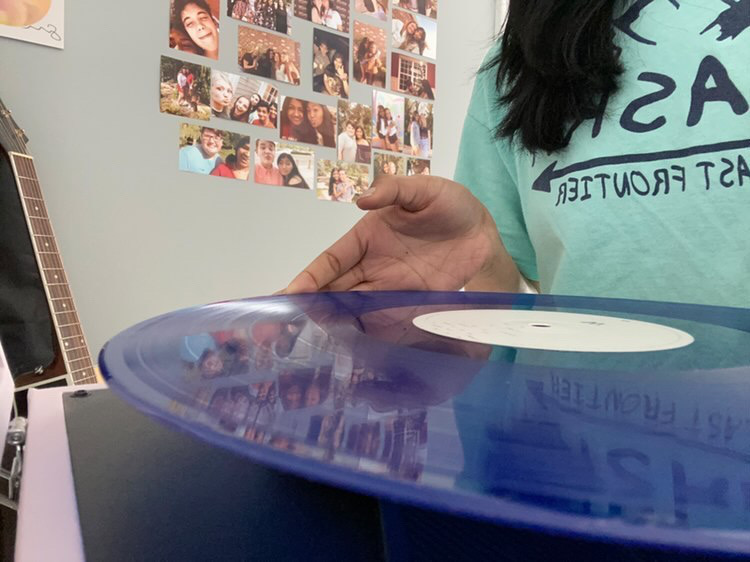 Iyer says the difference between the audio through an iPhone speaker and the audio coming from a record player is very noticeable.

“The music speaks to me more when it’s on vinyl and almost as if the artist is right in front of me,” Iyer said. “It creates a sense of appreciation for the vocals and lyrics that go into creating music that are sometimes overlooked.”

Iyer tends to prefer listening to music on her Crosley, rather than on her phone.

Like Iyer, fellow Crosley owner Maria Mcadamis, junior, said teens are currently drawn to a vintage aesthetic and record players are a good way to express that.

Mcadamis enjoys listening to “Folklore” by Taylor Swift on her record player, as she thinks the Indie-Folk tone of the album is perfectly conveyed through it.

“I like listening to records most when I’m doing homework because it’s much more calming than listening to it off your phone or computer,” Mcadamis said.

Sarah Abbas, senior, has owned her Victoria record player for approximately two years now, and her vinyl collection gets bigger by the second.

“‘Melodrama’ by Lorde and ‘Circles’ by Mac Miller are both religious experiences on vinyl,” Abbas said. “They’re good albums on their own, but listening to them on a record player is a whole different experience.”

Abbas is also happy to see her peers indulge in record players.

“Having your music as something tangible and as something you can collect and discuss is a really cool thing,” Abbas said. “Not to mention the fact that the sound quality is top notch.”

Neil Landow, manager of Euclid Records in Webster Groves, says listening to a record is a completely different experience.

“A vinyl has texture, warmth, and it makes the music sound smooth,” Landow said. “Truly, it is an experience that you wouldn’t have had through phone speakers.”

Landow sees that most teenagers tend to own Crosleys, and thinks it’s ironic because they used to have a bad reputation for scratching and ruining vinyls. He said that Crosleys are a good beginning point for people newly getting into records.

Landow is also responsible for purchasing vinyls for the store, so he has seen the increase of record sales firsthand. For Euclid Records, record sales have increased tremendously in the past four to five years and he attributes that to the increase in teenage record fanatics.

“It seems to be more of a revival, rather than a fleeing trend,” Landow said. “Teens have grown up in this digital age, but now they’re being reintroduced to record players through older generations.”