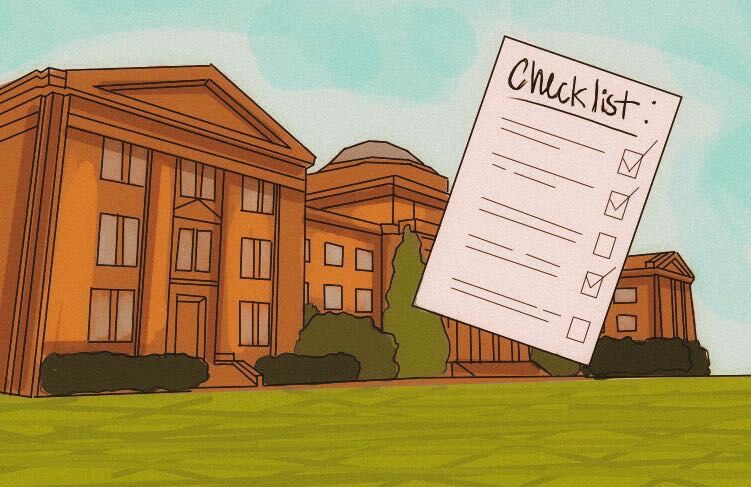 Affirmative Action may be on the chopping block in regards to college admissions after two tumultuous Supreme Court hearings on Oct. 31. Affirmative Action is the practice of favoring individuals belonging to groups known to have been discriminated against previously. (Media by Emma Tyulyayev)

Affirmative Action may be on the chopping block in regards to college admissions after two tumultuous Supreme Court hearings on Oct. 31. Affirmative Action is the practice of favoring individuals belonging to groups known to have been discriminated against previously.

Affirmative Action, or the practice of favoring individuals belonging to groups known to have been discriminated against previously, is on the chopping block in regard to college admissions after two Supreme Court hearings on Monday, Oct. 31.

Though the practice was established in 1978 and has been followed since, race-conscious admissions programs at Harvard and the University of North Carolina came into legal question in January of this year.

As a Pakistani immigrant applying to colleges right now, I am sure to include my background when given the option. I’m not doing it to “get a step up” or to evoke sympathy from the admissions office, I am simply telling them how my experiences differ from others and what those differences could bring to their institution.

In the Harvard case, the plaintiff suggested that the university discriminated against Asian American students. The process for application includes assigning applicants ratings based off of academics, extracurriculars, athletics, recommendations and personality, according to Harvard. At trial, Harvard claimed that while Asian applicants scored similarly to white applicants on recommendations. However, trends showed that Asian applicants scored higher in academics, and extracurriculars, yet lower on personality and athletics. The plaintiff believes this method limits Asian applicants and hurts their chances of admission.

Harvard, however, outright denied these claims. At trial, Harvard mentioned that Asian and white students were admitted at roughly equal rates, so the parity in individual ratings didn’t prove discrimination. Harvard’s websites states: “Harvard College does not discriminate against applicants from any group in its admissions processes.”

The University of North Carolina case is centered around the plaintiff’s claim that through preferential treatment toward Black, Hispanic and Native American applicants, the institution is discriminating against white and Asian ones. The university denied these claims and argued that the policies in place “fostered educational diversity” and were lawful under the precedent behind affirmative action.

A ruling will not be available until spring or summer of 2023. 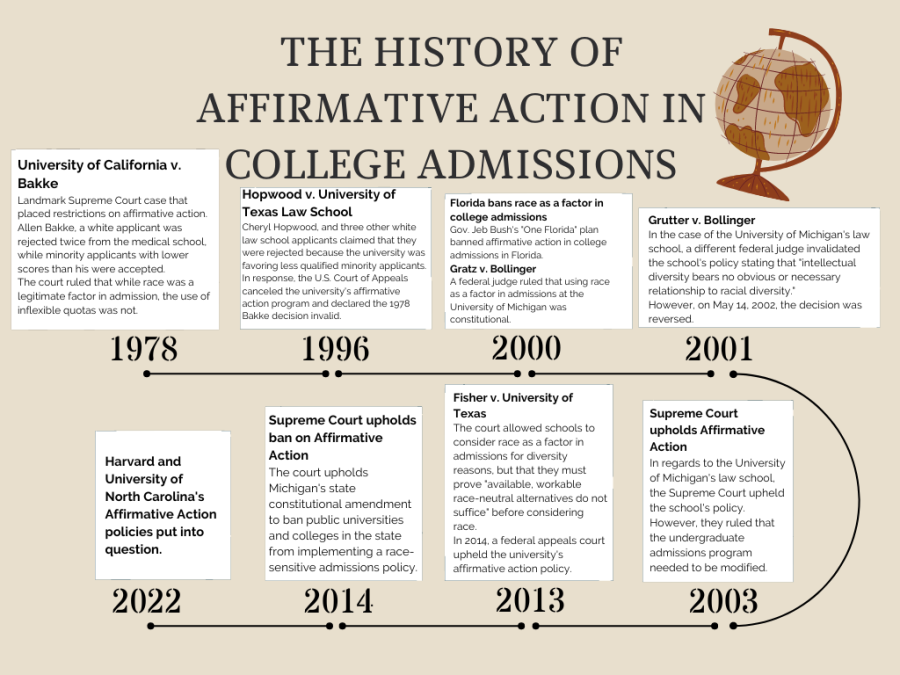 Lumping these cases together is unjust; they must be viewed in isolation.

The plaintiff in the Harvard case makes an intriguing point. Why are Asian applicants in specific scoring lower than others? Though gauging a student’s character is something many colleges do, a trend in lower scores amongst a certain group puts them at a disadvantage. Despite the ratings being specific to each individual applicant, it is important to note the overall trend in scores. However, seeing as Asian applicants are admitted at the same rate as white applicants, the plaintiff’s claims are difficult to back up.

In the case of the University of North Carolina, racial and ethnic quotas are brought into play. The plaintiff believes the university is admitting certain groups more than others in order to fulfill the quota that many colleges have. This quota will present the university as diverse.
I disagree with racial and ethnic quotas, but I also disagree with throwing out affirmative action altogether because of these cases.

More often than not, affirmative action is confused with the idea of “reverse racism,” when in reality, it is simply leveling the playing field between students from marginalized communities and privileged students. Students from these communities have faced more adversity than others and to rid the college admissions process of affirmative action is to erase their adversities and experiences. Their identities set them apart and often play a huge role in their education, so it should be included in their application.

Students from different walks of life and socioeconomic backgrounds are integral to progressive and vibrant campuses. Affirmative action shouldn’t be eradicated from the admissions process on account of these cases alone, but universities should re-evaluate their approach to it. No more “quotas” or “subjective standards.” Level the playing field.