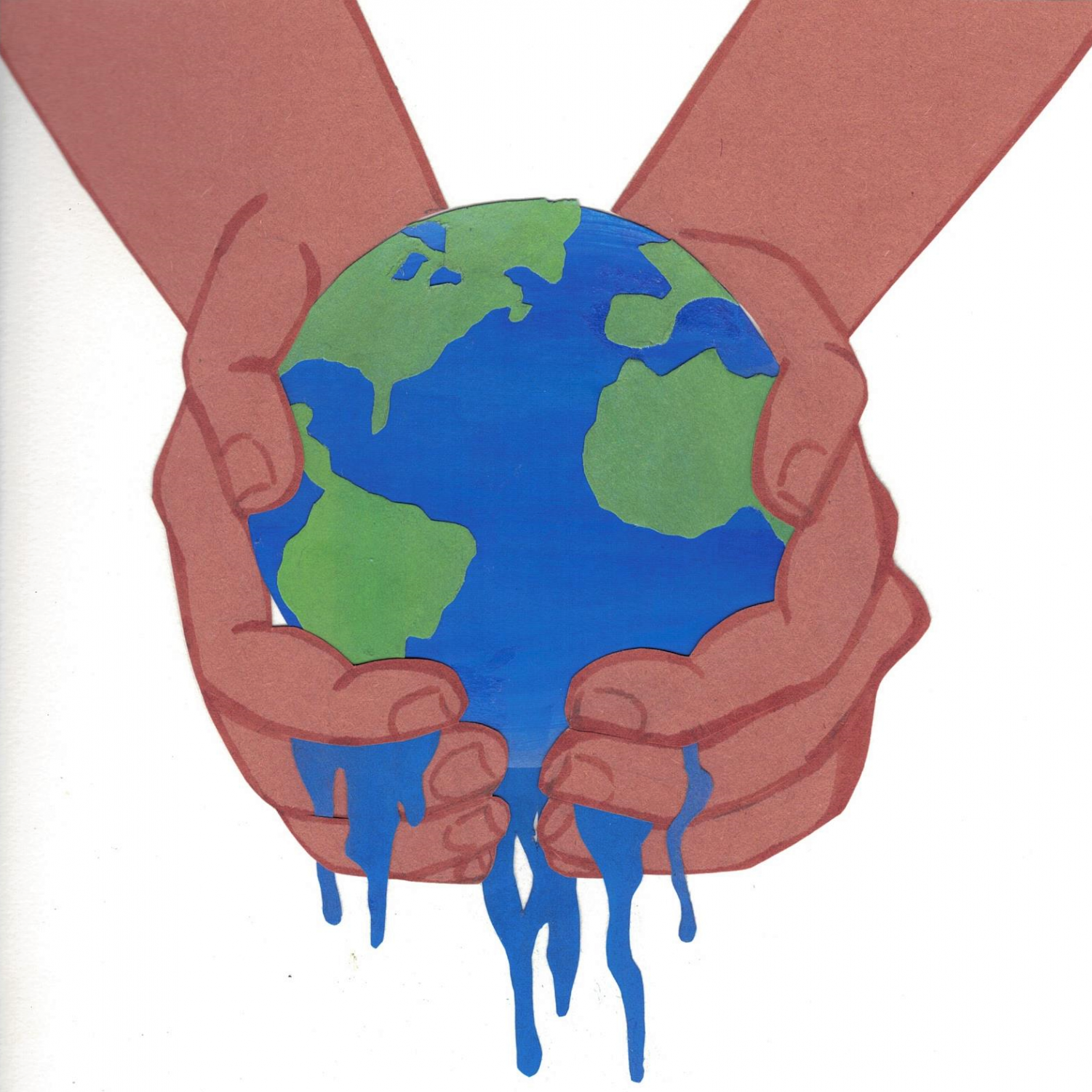 The choice for humanity is not whether we shall experience future extreme weather events and catastrophes, but rather what we shall do to lessen the effects of the imminent threat of climate change. Addressing the climate crisis is an enormous task put in everyone’s hands worldwide, and this is the last defining year to not allow any of our efforts to seep through the cracks. (Media by Emmie Foley)

The choice for humanity is not whether we shall experience future extreme weather events and catastrophes, but rather what we shall do to lessen the effects of the imminent threat of climate change. Addressing the climate crisis is an enormous task put in everyone’s hands worldwide, and this is the last defining year to not allow any of our efforts to seep through the cracks.

I emerged from a year of unprecedented global tragedy that forced me to take life one day at a time. Yet I cannot bask in the privilege of living in the moment while the planet barrels into an impending climate catastrophe.

President Joe Biden has elevated the climate crisis from its disturbingly low priority level on the nation’s political agenda to the center stage of national and foreign policy and security.

After four years of nearly 200 regressions for environmental protections and climate change policy, Biden signed a flurry of executive orders, including to rejoin the Paris Agreement. He launched the strongest climate policy platform of his presidential successors in his first few days in office.

Climate change is a serious threat to all species and must be boldly addressed by the Biden administration in a year crucial to forwarding the mission for unity and justice. It will not be substantial for Biden to simply reverse bad policy nor breathe life into Obama-era plans to reduce greenhouse gas emissions rolled back by the Trump administration.

Why can we not settle for anything short of serious, comprehensive action?

Last year was marked by record-setting wildfires, a record-breaking hurricane season and storm damage as well as drought and floods that destroyed land and livelihoods worldwide. From 2015 to 2020 were the hottest six years recorded, and 2020 was nearly tied with 2016 for the warmest year globally on record, according to the National Oceanic and Atmospheric Administration.

The nation’s only option is to try to avoid the worst effects of climate change and win a worldwide losing battle. The U.S. has struggled to meet its Paris Agreement commitment to reduce emissions by 26 to 28 percent by 2025. Experts suggest the U.S. would have to cut emissions by 40 to 50 percent by 2030. However, a 2018 report from the United Nations suggests if all participating nations met their goals, it still would not be enough.

The world is racing against time. The Arctic Sea ice may vanish in the summer of 2035 for the first time in 2 million years. This is the same year Biden aims to end carbon pollution from power plans and only to reach a national net-zero economy by 2050, according to a study by Nature Climate Change.

Why should the everyday St. Louisan care about an unchecked global climate crisis?

This is a fight for generations of Earth’s inhabitants. By 2050, the climate of St. Louis will be most similar to that of current-day Dallas. The maximum temperature of the warmest month is likely to increase by 41.9°F, resulting in a mean annual temperature change of 38.5°F, as stated by Crowther Lab.

The number of days a year over 95°F will increase, for example, from less than 10 days to over 90 days in the 2080s, according to National Geographic.

Climate change is boundless and requires global solidarity. Recent research has shown human-caused climate change may have played a key role in the coronavirus pandemic and the probability of more pandemics to arise in the future.

In the largest survey on public opinion of climate change, almost two-thirds of more than 1.2 million people surveyed worldwide said climate change is a global emergency, urging greater action to address the crisis, according to the United Nations.

The Biden-Harris administration has an obligation to restore trust in science and work alongside Congress to develop more aggressive climate policy that is embedded in the heart of government. An America powered by clean, emissions-free energy and abundant in sustainable infrastructure, transportation, housing and agriculture is attainable if the country stands united.

The nation must hold Biden accountable to fully executing his $2 trillion climate plan.

The time is now for humanity to turn affirmations into action and save us all.