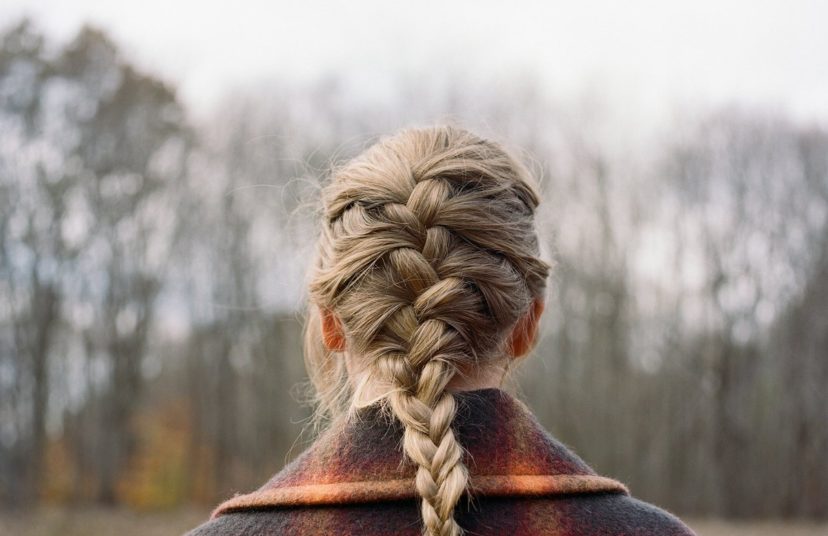 Swift surprised her fans with “evermore” as a thank you and a celebration of her upcoming birthday.

Evermore: A Track by Track Review

Holistically, the album is perfect. Each song tells a different tale but seems to have the same theme to it. While “folklore” was more autumn-esque, “evermore” has a winter twist to it. There are a few tracks that are better than others; however, overall the album is cohesive. “Evermore” is not only an album but a collection of stories that takes listeners on a journey. With 15 tracks, three featured artists and no skips, this album is becoming a fan favorite. After listening to it for three days straight, here is my summary of “evermore.”

Swift kicks off the album with an upbeat song about the complexities of wanting somebody in a romantic way. “willow” is heavy on the guitar, but also heavy on the lyricism. Thematically, the song is meant to illustrate a typical storybook setting. This song was a great way to introduce listeners to the world of “evermore.” Objectively, the song is good, but it seemed to be overshadowed by stronger songs on the album. 7/10.

“champagne problems” seems to be a complete 180 from the track prior. Swift says this track is about a failed marriage proposal. The first and second verses imply that the man knew the relationship wasn’t working and his proposal would be rejected. However, he proposed anyway. But, this song isn’t a total sob story. In the chorus before the end, the man seems to find a different woman who accepts his proposal and makes him forget all his champagne problems. This track takes you on a journey, hence why I would give this track a 10/10.

Upon first listen, this track stood out to me with its fast-tempo and lyricism. The lyrics allude to the narrator being jealous, as they’re with somebody that everybody wants. I think of this song as a follow-up to “willow.” Now that the narrator has attained who they’ve been yearning for, they’re worried they will lose them to another. This is a song I can see myself revisiting often, so I would give it an 8/10.

The lyrics “I’m staying at my parents’ house and the road not taken looks real good now, and it always leads to you and my hometown,” implies that the song is about two people who broke up and moved away. They are reconnecting during the holiday season because they’re both in their hometown together. This reconciliation brings back memories for the both of them, and they want to be together again, even if it’s just for the holidays. This song is the perfect winter song. I would give it a 10/10, and I wish she would’ve made it a single.

Possibly one of the saddest songs on the album, “tolerate it” follows a woman in an unhappy marriage. Lyrics such as, “I made you my temple, my mural, my sky now I’m begging for footnotes in the story of your life,” tell this story. What I love most about this song is how Swift uses metaphors that mention writing to tell the story itself because the irony of it makes the story more saddening. I would give this song an 8.5/10.

no body, no crime (feat. HAIM)

When I first heard this one, I was surprised to hear a hint of Swift’s country roots, but also thrown off by the lyrics. This song is a murder mystery. Este told her friend that her husband was cheating on her. A few days later, Este goes missing. Now, her friend is determined to avenge her death and the husband has blood on his hands. However, she can’t prove it as the husband has a rock-solid alibi, Este’s sister. The storyline itself is genius, not to mention the fact that the country-pop rock essence fits Swift and the HAIM sisters perfectly. This song is by far my favorite on the entire album. Conceptually and lyrically it is fresh and catchy. I have to give it a 10/10.

Contrary to the title, this song is not happy at all. It’s about overcoming a breakup by learning to be happy for the other person. It’s a song knowing that it gets better. I think of it as a follow-up to “champagne problems.” The narrator has moved on for the best and wishes the other person the best as well. This track fits into the album perfectly, and it stands out because it’s vulnerable, sad and mature, thus it is a 9/10.

My interpretation of this track is it’s an ode to a young love between the narrator and Dorothea. Lyrics such as “hey Dorothea, do you ever stop and think about me? When we were younger,” suggest that Dorothea has moved out of the small town, but the narrator remains. I’ve gone back to this song many times since my first listen, and it gets better every time. I think the song deserves a 7/10, solely because it lacks Swift’s typical extravagant bridge.

Swift and Matt Berninger, lead singer of The National, teamed up for this song. Their voices blend perfectly together and deliver the mournful lyrics in a beautiful way. Lyrics such as, “sorry for not making you my centerfold” imply that the two character’s love is nearing its end. This is one of those songs that I can play on repeat for days, and never get sick of. In fact, whenever I listen to the album, this is the song I go to first. I would give it a 10/10.

Lyrics such as “what would he do if he found us out?” and “I’d live and die for moments that we stole on begged and borrowed time” suggest that the narrator is in a committed relationship, yet in love with another. The song is strong; however, like “willow,” it gets overshadowed by the other songs on the album. Therefore, I’d give it a 6/10.

This is a typical country-pop love song. While Swift’s voice sounds phenomenal, it’s a song I rarely listen to. The few times I have listened to it, I’ve enjoyed it. However, the song is too slow for my liking, so I don’t see myself going back to listen to it much. This song is the only “weak” song on the album. For this reason, I will give it a 4/10.

“Long story short” is, at its heart, a love song. The lyrics “pushed from the precipice. Clung to the nearest lips. Long story short, it was the wrong guy,” is the narrator’s way of saying nobody but her current partner has been “right.” I loved this song on first listen because of how upbeat it is, and I’ve listened to it many times since. I would rate this song a 8/10.

An ode to her late grandmother, “marjorie” brings together love, death and grief into one heart-wrenching track. This song made me develop a newfound appreciation for the people around me, and for life itself. Not to mention how Swift’s voice delivers the lyrics in such a heartbreaking way. “Marjorie” is lyrically compelling and instrumentally cathartic. 7/10.

This is the most underrated track on the album. “Closure” takes the listener on the journey of attaining closure to be able to move on. The song starts with sounds of pots and pans, which can be interpreted as the destruction of the relationship. For the rest of the song the narrator is left to deal with the collateral. Then, it eases into the typical piano-Swift duo. I loved this song when I first heard it, and I think it deserves more appreciation. “Closure” is a 10/10.

Last, but not least is “evermore.” At its core, the track is about heartbreak and healing. Between the voice of Justin Vernon (from Bon Iver) and Taylor Swift, it is impossible to not love this song. I would give this song a 9/10.