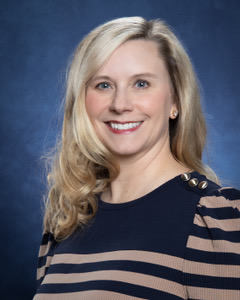 Tamarah Wagner has lived in the RSD area for 10 years, and said the current agenda of the BOE isn’t representative of what the community wants.

Wagner said the plan for virtual education with the ongoing pandemic that was facilitated by the BOE was poorly executed and lacked transparency, but she is also concerned about bias and propaganda infiltrating student’s education.

“I believe I can bring a fresh perspective and a voice for those parents whose voices were left out of the conversation on how we could help all students reach their intellectual potential in this difficult time,” Wagner said.

A mother of eight children and former human resources representative, Wagner said she is able to work with others efficiently to push forward positive change and is dedicated to making sure children get the most out of their education.

“Mothers spend more time and energy educating children than anyone else,” Wagner said. “I am dedicated to ensuring that my children are getting everything they can out of the educational opportunities afforded them by the Rockwood School District.”

Wagner said if she were elected to the BOE, she would seek to ensure that the education of students is quality.

“I want to see that all children within the district are getting the most out of their education,” Wagner said. “As a mother, volunteer and former Human Resource Manager, I am skilled at consensus building and mediation to promote beneficial change.”

What she wants you to know:

“Education is at a transition point in history,” Wagner said. “We can embrace tradition and conservative ideas or we can proceed down the path toward progressivism. I believe that we would be best served by instilling traditional values and time-tested principles in the leaders of tomorrow.”