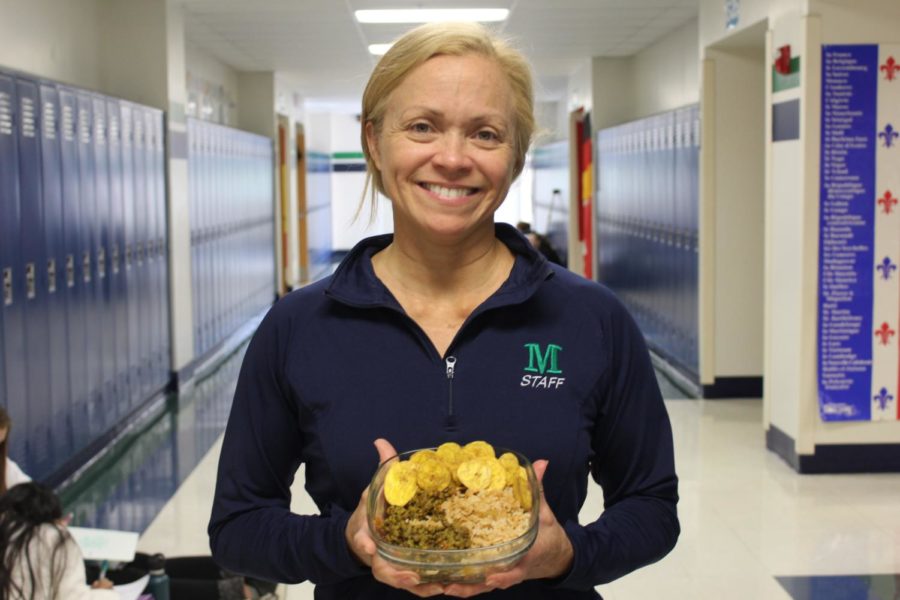 Monica Bremer, spanish teacher, grew up in Panama until she was about 17 years old.

Monica Bremer, spanish teacher, she grew up in Panama until she was about 17 years old. About this age, she became a vegetarian due to health issues; however, meat and fish are often incorporated in Panamanian meals. Later, she moved to Cuba and lived there for four years to obtain her bachelor’s degree to become a teacher. Bremer also received a degree in Indian Classical Dance, so she lived in India for an additional four years. She said there are many differences from her culture to those of Americans.

“The culture of frozen foods is very foreign to me. Here, I go to the supermarket and you see four aisles of frozen food, but in my country there is maybe one, like ice cream. We don’t buy frozen food. There is no taste or flavor in a frozen vegetables, where in the real, fresh vegetables you get all the flavors, and tastes and the colors.  The flavor is ingrained in music, in the kind of music we listen to and the personality of people. They are very friendly and happy even if things can be wrong, or perhaps they don’t have everything that other people in developed countries do. And it’s how the color of the food, the flavors and the taste also add to the personality to the people and the way they enjoy life. Eating is a part of the joy of life like listening to music and dancing. And eating good food. Not just eating because I have to eat and rush to work but to eat something and it feels good in your body. They are very vibrant, extroverted and social.”