Ally Fitzgerald, sophomore, drives to the basket against Grace Claney, Junior, of Ladue, Thursday, January 24. Fitzgerald put up 10 points, 3 rebounds, 2 assists and 6 blocks in the 78-61 loss.

Girls basketball is gearing up for a number of crucial games leading into districts; simultaneously, girls swim and dive is looking to extend their six-year winning streak of 56 duel wins in a row.

While other winter sports played games over Winter Break, girls basketball and swim and dive practiced to maintain an edge over their opponents.

Joe Schoedel, head swimming coach, said the team practiced every day, with the exception of Christmas day, over break making it clear to the team that the holidays are not a time off.

“We are a fitness-based sport,” Schoedel said. “We need to be working out frequently and if we’re not, then some part of our training will suffer. I always tell the kids that family always comes first, but try to make training a priority.”

Schoedel said team members are always very good about contacting him if they can’t attend practice and getting their work in on their own outside of swimming.

The work has paid off for the team. This season, they have won the Columbia Missouri Invitational, Marquette Relays and a slew of other matchups.

Tim Bowdern, head girls basketball coach, said Winter Break is a natural break with the absence of games. This year, girls basketball had the week of Christmas off, along with several other days after New Years.

Bowdern urges his team to stay crisp and ready over the somewhat long holiday break, despite the time off.

“I’ll schedule shorter practices just to keep the legs going, running and moving, but not very long practices,” Bowdern said. “As we get closer to the end of break, we start doing regular practices.”

Break is more individual, so I have to be grinding on my own.”

Bowdern also schedules short, voluntary practices that focus on the players’ fundamentals; but, for most of the girls, the break allows for individual training.

Sophomore Ally Fitzgerald, varsity center, trains on her own over break.

Fitzgerald averaged 10.1 points per game over the first half of the season, the second most on the team.

“Break is more individual, so I have to be grinding on my own,” Fitzgerald said. ”I have to go to the gym and get shots up, make sure I’m running, and stay in shape, especially over break.”

The girls basketball team, comprised of five underclassmen, is 9-6 this season, with notable wins against Parkway South, Rockwood Summit and Lafayette.

Overall, both sports have winning records going into the second half of the season. 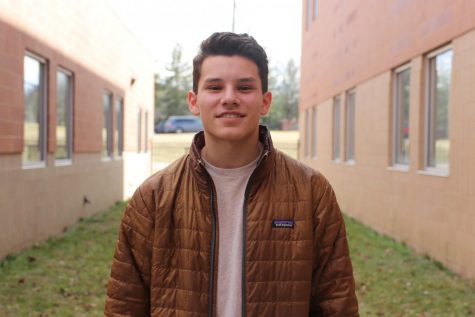