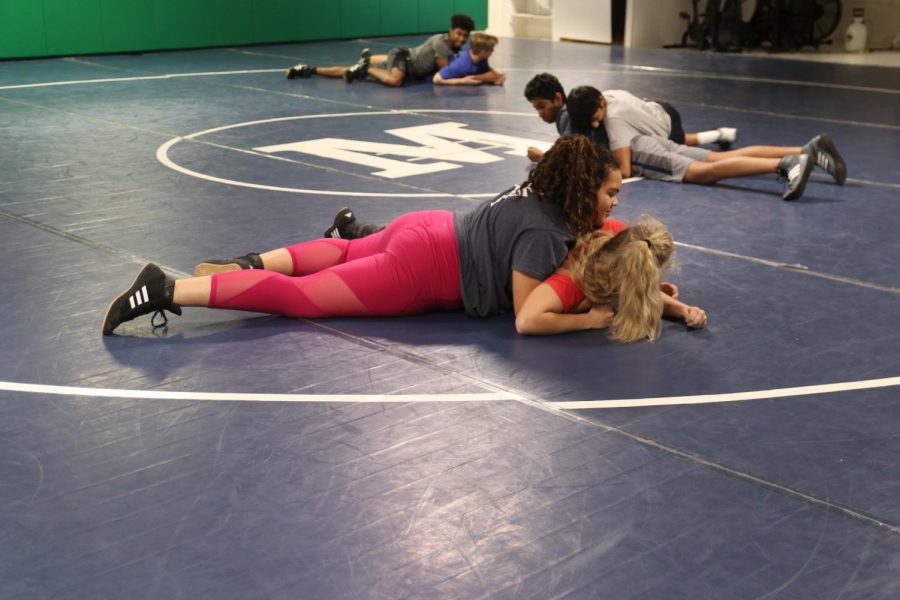 Alyssa Washington, freshman, holds Lindsey Steltzer, junior, in a wrestling hold. Both girls are experiencing their first seasons on the team.

Seven girls have enrolled this year in a sport that has traditionally been dominated by boys: wrestling.

Last year was the first year MHS had a girls wrestling team. The three girls who joined the wrestling team last year decided not to participate this year.

Leah Ozersky, junior, became the first girl medalist in MHS wrestling history when she medaled at the Rockwood Summit tournament last year. Ozersky first joined wrestling because her friend encouraged her to, but Ozersky began to take the sport more seriously when she realized she had talent.

“Leading up to the first tournament, I would get thrown around by guys a lot. So I went into the tournament thinking they were gonna kick my butt,” Ozersky said. “But I won, then I won again, and then I got second place.”

Although she enjoyed the sport in general, Ozersky decided to not return because it took a negative toll on her.

“It affected my mental health, well being and even my grades,” Ozersky said. “The meets and everything just stressed me out a lot. It was fun, but it wasn’t the best thing for me.”

The season has been so much fun so far, and I’m glad I tried wrestling.”

Although wrestling didn’t work out for her, Ozersky said it’s a great sport to be involved in and it’s amazing there are more girls interested.

Most of the girls on the team this year are freshman, making wrestling a new experience for most of them.

Maddy Barton, freshman, who tried wrestling because of her family’s interest in the sport, won her first match at the dual meet against Francis Howell Dec. 5. Barton said she realized how enjoyable wrestling is and felt more confident after her win.

“The season has been so much fun so far, and I’m glad I tried wrestling,” Barton said. “A lot of people think that wrestling might be a sport for guys only, but that’s not true. It’s nice to try new things and see what you’re capable of.”

Jake Dieffenbach, wrestling coach, said he expects there to be about twice as many girls on the team next year as there are this year.

“Majority of the girls this year are freshman, so I think it will trickle down by word of mouth to the incoming eighth grade group,” Dieffenbach said.

He said he hopes that the trend will continue, so that in three or four years, MHS can have a decent sized girls wrestling team. 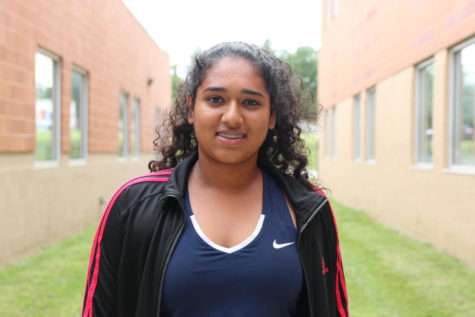 Shrija Maganti, junior, is a staff reporter for the Marquette Messenger. She is also a part of the robotics and tennis teams. Outside of school, Shrija...