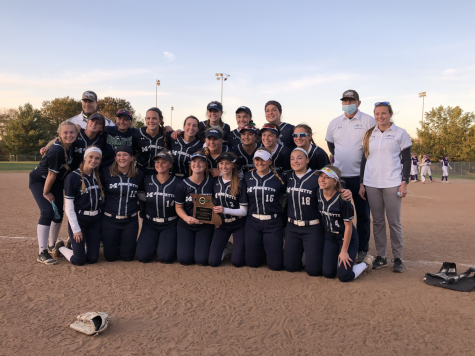 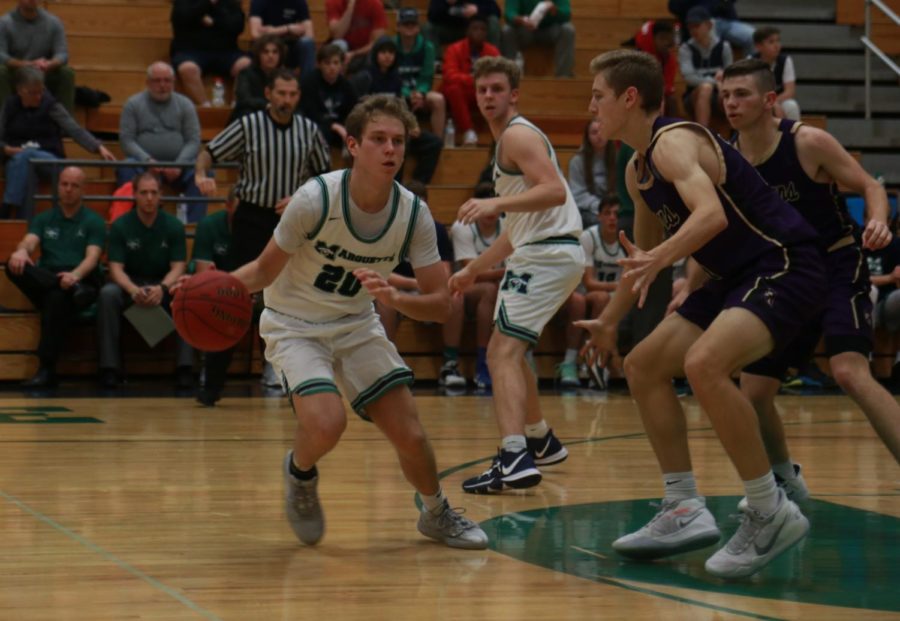 Cole Petch, junior, prepares to pass the ball off during the team’s game against Troy Buchanan. Petch shot 3 for 3 and scored 8 points in that game.

A year after the best regular season in school history, a fresh faced MHS squad looks to carry the program to new heights.

But this team is not without hitches and flaws, as they have no returning no starters, and only three seniors from last year’s team.

One of these seniors, Josh Merz, is the only returning senior who played for last season’s 20 win team.

Merz said the new look team is going to need to balance their inexperience with their talent.

“Only a few of us have much experience from last year’s team, but we have a lot of talent, and I think that shows when we play,” Merz said.

Merz, who is second on the team in rebounds with five, said the team is full of talent, but even more so with grit. He said that showed  in their first game against the Troy Buchanan Trojans,which they lost 82-70.

“Troy was a tough loss, but we played really hard the whole way through, especially at the end,” Merz said. “We made a lot of mistakes, and that shows our experience, but we have talent and grit, which I know will pay off this season.”

“We made a lot of mistakes, and that shows our experience, but we have talent and grit, which I know will pay off this season.”

Owen Marsh, junior, is one of the team’s many new faces. He played in only six games last season for the varsity squad.

“I’m likely one of the most experienced players this season, and that says a lot about this team,” Marsh said. “We’re not inexperienced or bad. We’re just young and new.”

Marsh led the team with 20 points and 12 rebounds in the team’s season opener against the Trojans.

“For a lot of us, including myself, this game is important as any other, and that means that its very important and we played our hearts out,” Marsh said.

Eric Schweain, head coach, said he wants to develop this team not only for next season, but for later on in this season as well.

“Our goal for this season is to win as many games as we can and play hard,” Schweain said “Once we do that, that’s when the next season will be our main goal, not now.”

Schweain said his hopes are for this team and that he thinks they can go out and do just about anything in their upcoming game against Francis Howell North Dec. 10 at the St. Charles West Warrior Classic.

“I never like to set quantifiable goals. That can lead to a losing mindset and basketball isn’t that black and white,” Schweain said. “We can only think about bettering ourselves and this team, and that will be the main goal of this season.”