Leah Ozersky, sophomore, has practiced as a member of the new girls squad since wrestling started in November, and she was hoping to make an impression in her first tournament at Rockwood Summit.

And boy did she ever.

Ozersky finished third in the tournament, becoming one of the girls divisions first medalist ever and the first girls medalist in MHS history.

“It came as a bit of a surprise,” Ozersky said, “But we’ve been practicing really hard, so I knew I was going to do alright, but I never expected to do as well as I did.”

Ozersky saw solid support from her teammates and she said that helped her carry through the matches.

“Even though the team is brand new, we all help each other out.” Ozersky said.

Shaun Torgoley, j.v. coach, works a lot with the girls team as the girls team doesn’t currently have a main coach. He said  Ozersky has demonstrated a strong work ethic and is good at outmuscling her opponents.

“She has a lot of strength and that helps her out. Combined with her skill and her will to compete, she’s really been quite good,” Torgoley said.

Sai Tokekar, sophomore, is the most experienced girl in the wrestling program, this being her second season. She also has been impressed with Leah’s wrestling so far.

Tokekar had tried to get Ozersky to join the program before, and all though Ozersky was a bit apprehensive at first, Tokekar said she thinks its been really beneficial to her.

“It’s been great watching her grow into the team, and I really hope she can keep it up,” Tokekar said. 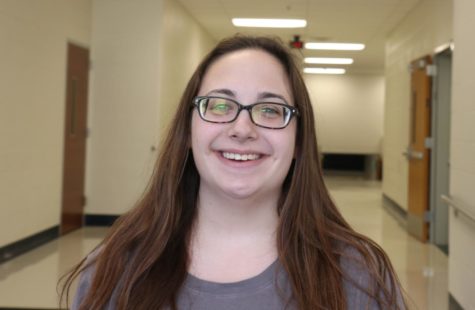 Jordan Chazen, senior, is a staff reporter for MHSNews. During her freshman year, she was a part of the theater crew.  She teaches sign language to...