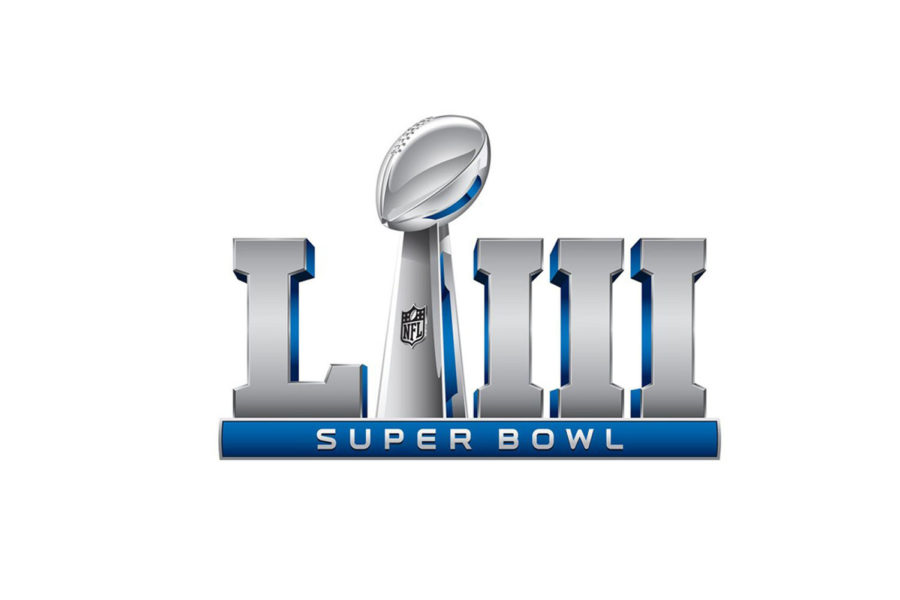 On Feb. 3, 2019 the Patriots will play the Rams in Superbowl LIII. The match up has left many St. Louisans unsure of who to root for. Logo by the National Football League.

The Patriots beat the Chiefs 37-31 and the Rams beat the Saints 26-23 both on Jan. 20. That means this Sunday the Patriots will play the Rams in Super Bowl LIII.

For most people in St. Louis, there’s not a good option to root for. The Patriots have appeared in  the Super Bowl 10 times since moving to Boston and have won five of those appearances. Seeing the Patriots in the Super Bowl is getting a little old, especially since eight of their appearances have been since 2001.

The other option is to root for the Los Angeles Rams. Seeing the Rams in the Superbowl is not getting old, but it sure is a kick to the gut. The Rams left St. Louis in 2015 after Stan Kroenke decided to move them despite St. Louisans offering the money he demanded for a new stadium.

Around St. Louis there has been talk about not watching the Super Bowl, having anti-Rams parties, and even ordering pretzels that spell out “Kroenke sucks.”

I think every one of those options are valid reactions.

Kroenke cheated St. Louis when he moved the Rams to LA. St. Louisans stayed loyal to the Rams even after some not so great seasons, yet Kroenke still demanded a new stadium and still moved the Rams.

While it may not be the players’ fault St. Louis is against them, boycotting, anti-Rams parties and pretzels are all good ways for St. Louisans to express their feelings of anger and betrayal. The NFL has enough money as it is, so some people in one city not watching the game or talking about how much of an injustice it is is not going to do any damage.

The boycott may instead help the people in the St. Louis area. Super Bowl Sunday is one of the days each year where Americans eat the most amount of food. If the people in St. Louis are boycotting the game, they may be less inclined to eat a lot of snacks. They might also save money on bets and buying food or decorations.

The options people in St. Louis have for Super Bowl Sunday are going to have no real impact in the world or in sports except for maybe a fun story or two later down the road. Whether St. Louisans decide to boycott, have anti-Rams parties, or eat pretzels that spell out “Kroenke sucks,” they have a justified reason.

As for me, I’ll just watch the halftime show.