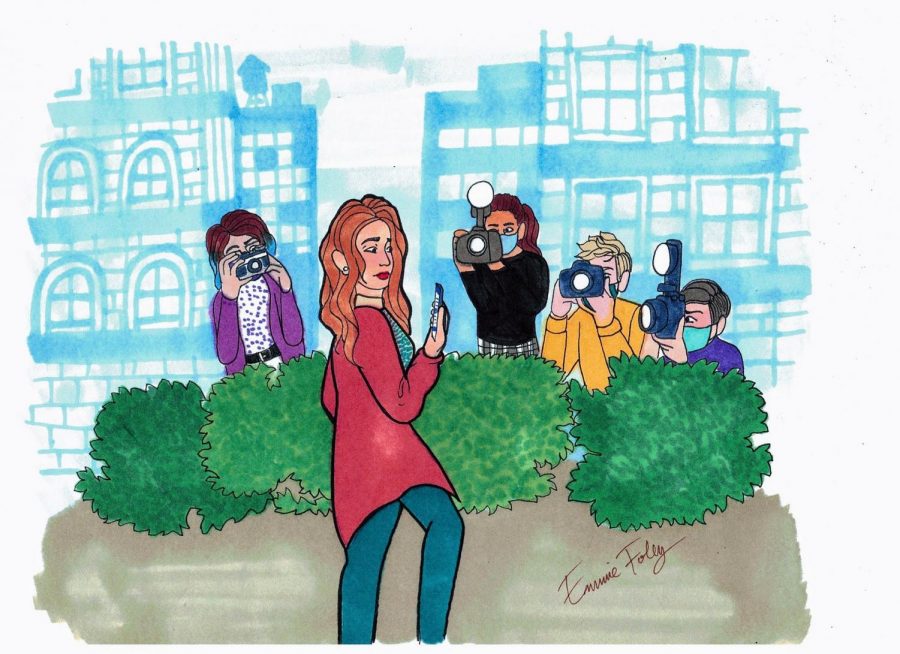 Paparazzi have spotted influencers out in public without masks. Influencers are ignoring COVID-19 guidelines and setting a poor example for their fans.

Influencers from various platforms such as TikTok and the NFL have been caught breaking COVID restrictions and guidelines set to protect their wellbeing and the wellbeing of others.

Among these influencers, TikTok stars are the most to blame.

TikTok star Dixie D’Amelio, 19 years old , has a platform with more than 44 million followers on TikTok and 21.3 millions followers on Instagram. With such a large following, D’Amelio has used her platform to encourage taking precautions during COVID-19 through her TikToks and Instagram stories.

However, she has been spotted in public hotspots such as Saddle Ranch Chop House in West Hollywood multiple times with her friends, therefore attracting large groups of fans and paparazzi.

D’Amelio is not only putting herself at risk but also her supporters who are longing to get a picture with her.

Given the privilege to be successful and have such a large following at a young age, D’Amelio still struggles to set an appropriate example for her fans to stay safe during COVID-19.

D’Amelio’s ongoing shenanigans in public places such as attending parties and large social media events encourages viewers at home to believe it is acceptable to go out to areas with large numbers of people putting millions of lives in jeopardy.

Along with TikTokers, even bigger celebrities have been setting a poor example.

Paparazzi have spotted Brady not wearing his mask while walking into the Tampa Bay Buccaneers training facility. He has also continued to hold group workouts even when NFL doctors show disapproval due to cases rising in Florida.

Brady made a name for himself in the NFL and is considered one of the greatest football players to exist; however, he has dismissed the COVID-19 restrictions.

Unlike D’Amelio, Brady’s fanbase ranges from young football fanatics all the way to retired football enthusiasts.

Brady’s platform is expanded to almost all age groups; therefore, his responsibility to encourage people to stay safe and at home during COVID-19 is even greater.

Both Brady and D’Amelio have the power to influence others to take precaution. Their fans will likely listen to what their idols have to say; however, these celebrities are a disappointment in a time when their fans need to be guided and encouraged to stay safe.

Many celebrities lack seriousness for a virus that is so easily spread and has no cure.

Given a role in which what you say and do influences millions, celebrities should be more careful when going out in public, along with actually doing what they preach to others on social media.

However, it’s difficult to dictate actions of popular influencers.

The fans and supporters should educate themselves on the dangers the pandemic holds in order to prevent harming their own health and avoid following the poor example set by influencers.