Opinion: Keep Religion Out of Education 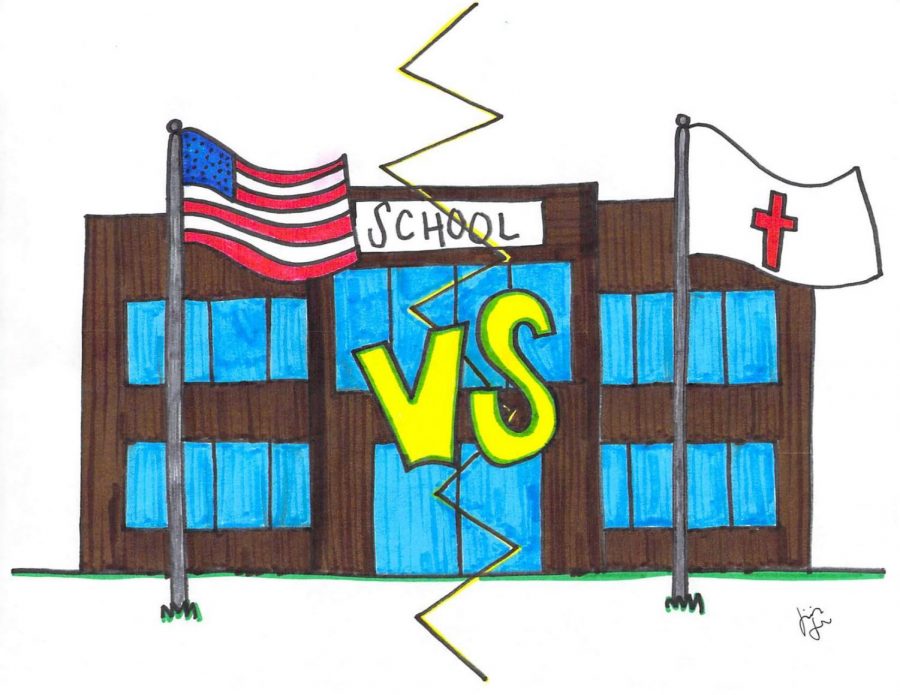 Most of the students I go to school with today have been in the public school system their entire lives and don’t talk to private school kids on a daily basis. So I can always get a good reaction out of people when I tell them about the part of my childhood spent at the private school St. Clare of Assisi.

Like most primary schools, St. Clare teaches its students basic classes like math and English, but because it is a Catholic school, there is a strong emphasis on teaching the religion. I attended the school from Kindergarten until fourth grade, after which I transferred to Westridge Elementary School in the Rockwood School District.

Although losing contact with my friends was initially heartbreaking, I found my school experience at Westridge not only engaged me more in academics, but it also gave me a wider worldview than St. Clare could have ever hoped to.

To explain what I mean, my time at St. Clare is loaded with memories of over-reactive teachers and a restrictive curriculum.

Teachers all have varying teaching styles, and although working at different kinds of schools does not change that, the content that must be taught does. For St. Clare teachers, educating and instilling students with the teachings of Catholicism is part of the job; whereas for Westridge teachers, enforcing any form of religion is illegal. It should be mentioned, however, informing students on the workings of religion is perfectly fine.

Religion should not be enforced in education. Faith should be picked up in one’s personal life.”

Due to the difference in teaching style, public school teachers tend to hone in straight to the point of education: giving students what they need to know to succeed in the future. Private school teachers can still achieve this goal, but they have significantly more work to do by including religion in the curriculum.

Religion, in and of itself, can be  a wonderful part of one’s lifestyle, but when enforced in education, it takes away the chance for students to pick other elective classes. At Westridge, I had access to a typing class instead of a music class. Granted, it wasn’t the largest choice, but it still allowed me to improve myself on a more practical level than one that wouldn’t benefit me beyond my formal education.

Another con to enforcing religion in education is all evidence against religion, despite being grounded in reality, must be ignored. I don’t mean anything particularly edgy like “Jesus can’t exist because it’s impossible to walk on water.” I mean evidence more contradictory to concepts like creationism, the belief that the Earth is only a few thousand years old.

Religion should not be enforced in education. Faith should be picked up in one’s personal life. Doing so gives much more validation to a person’s beliefs rather than following a religion because an adult told that person to do so.

Opinion: Keep Religion Out of Education