Schools Must Be Agents of Change 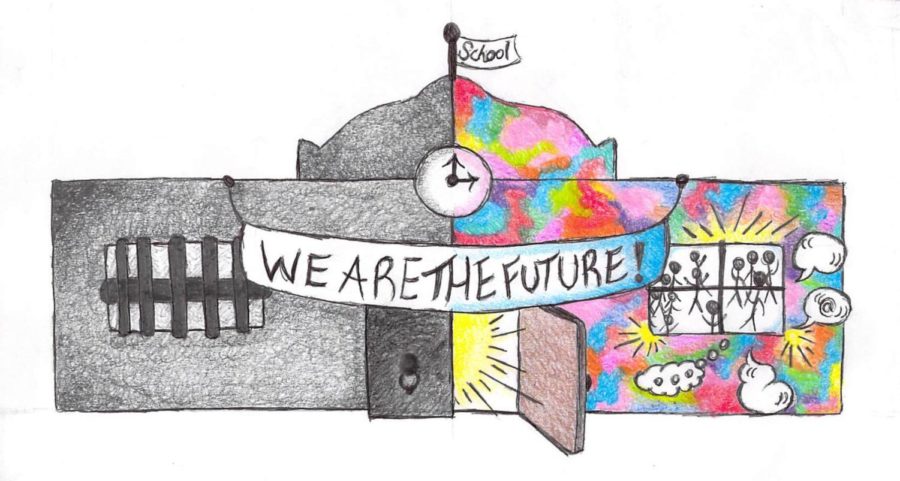 The school environment is transitioning to allow for open discussion and action with social issues. Instead of confining student expression and development through traditional teaching, schools should show their commitment to helping students with the issues of their generation. In this way, it will make a more colorful, progressive, and safe place.

However, the issue expands beyond a single school district. One in five middle and high school students report using e-cigarettes, according to the 2018 Missouri Student Survey. As breakthroughs in vaping illnesses investigations begin to surface, every school district is struggling to determine where their obligation lies in protecting their students.

Although some are opposed to expanding the role of school beyond traditional education, schools are responsible for using their platform to assist students within the school and the community to produce well-versed, socially aware citizens.

School districts are largely unfamiliar with speaking about issues outside their doors such as addiction, gun violence and mental health, but these issues are now crossing onto school grounds. Francis Howell’s lawsuit is setting a precedent for all schools: districts must refuse to turn a blind eye to student suffering in attempts to avoid backlash.

Schools should be empowered to protect students as they have many historical examples. Leaders of social change movements such as Martin Luther King Jr. or Susan B. Anthony faced lashback for their ground-breaking work and are now held in high regard for shaping the future of American society.

The idea of schools overstepping their boundaries by spending outside of school for social change shouldn’t be controversial as issues like vape-related illnesses and deaths are overall threats to students and public health and safety.

Schools are producing the children of the future, and they easily garner support from their local communities because of this and their expectations for their child’s welfare.”

In another light, escalating statistics concerning local teen gun violence and the threat of it have stained the beginning of the school year and multiple events in St. Louis County and city high schools. 18 children have been killed by gun violence in St. Louis since May.

Instead of the communities being quieted with fear and uncertainty, many local gun violence prevention programs, initiatives and partnerships have sparked and will require additional school backing to expand their efforts toward social change.

Offering more than “thoughts and prayers” will need to be seen in community-wide, year-round approaches to extend prevention efforts and involve parents or guardians.

On a larger scale, representatives from local school districts should regularly host forums about social topics unique to their community. By including students in professional meetings, workshops, presentations, or open panels, it will help them collaborate, express and discuss concerns about the unknown.

Students need to see that their districts are taking responsibility and displaying compassion for the student body, and action by the district could reduce student retaliation and outrage in the form of walk-outs and demonstrations during school hours.

A single entity alone cannot save the children of society. Schools are producing the children of the future, and they easily garner support from their local communities because of this and their expectations for their child’s welfare.

K-12 education needs to prepare students to immerse themselves in the challenges associated with their generation by using their influence and power to address social issues, start uneasy yet important conversations and take action.

Schools Must Be Agents of Change