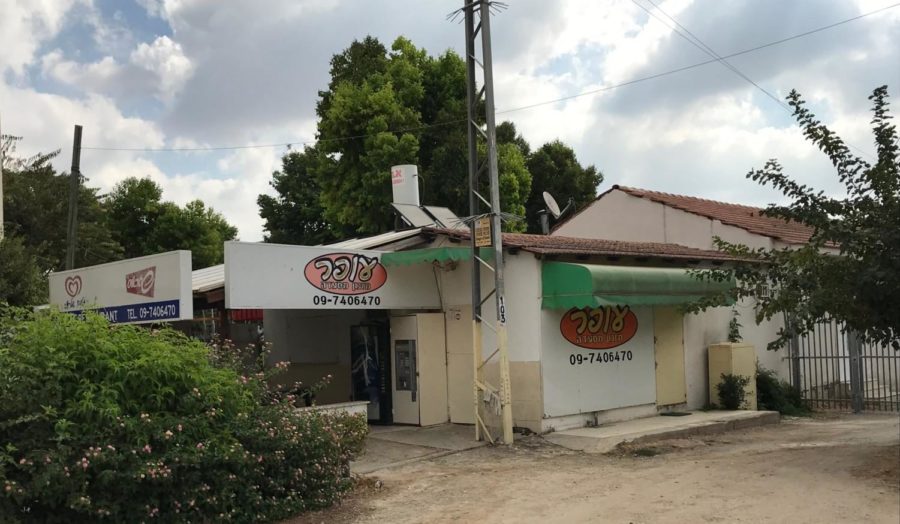 Ohfer’s convience shop, the store where my friends and me buy our snacks and greasy meals. Here, we experiment with interesting Israeli foods and also find comfort foods such as overpriced Pringles.

Hey, Michael here. It’s been more than four weeks since I wrote my last piece, and since then I’ve become more worried about becoming broke than getting hit by a rocket.

I’m surrounded by amazing places to eat – falafel stands, shawarma shops and an especially epic Japanese restaurant – but I only have a few shekels to spend. Financially, the problem has been that while Israeli cuisine is perfectly scrumptious, Israeli junk food isn’t anything to write home about.

Rather than buying a family-sized box of Cheez-Its from Costco and subsisting off of that for a week, my dietary cravings force me to instead go down the block and drop 30 shekels at the first sign of hunger. While I’m no victim to enjoying such a beautiful hummus-covered schnitzel – the ultimate savory snack wrapped in pita and topped with fried potatoes – this kind of everyday snack makes the budget for school supplies tight.

There are a plethora of experiences I’d like to pass on in this article. The new people I’ve met, my pitiful attempts to learn Hebrew, conversations about the recent Israeli elections or maybe the culture conflict between the Jewish Americans and the international Jews living on campus.

No, instead I’ve decided to talk about what I perceive as the key most important pillar of culture in Israel. The element of life here that is the greatest contrast between the Holy Land and some midwestern city between two rivers. An element of society so dramatic that its existence is almost literally an act of God: the restrictive diets.