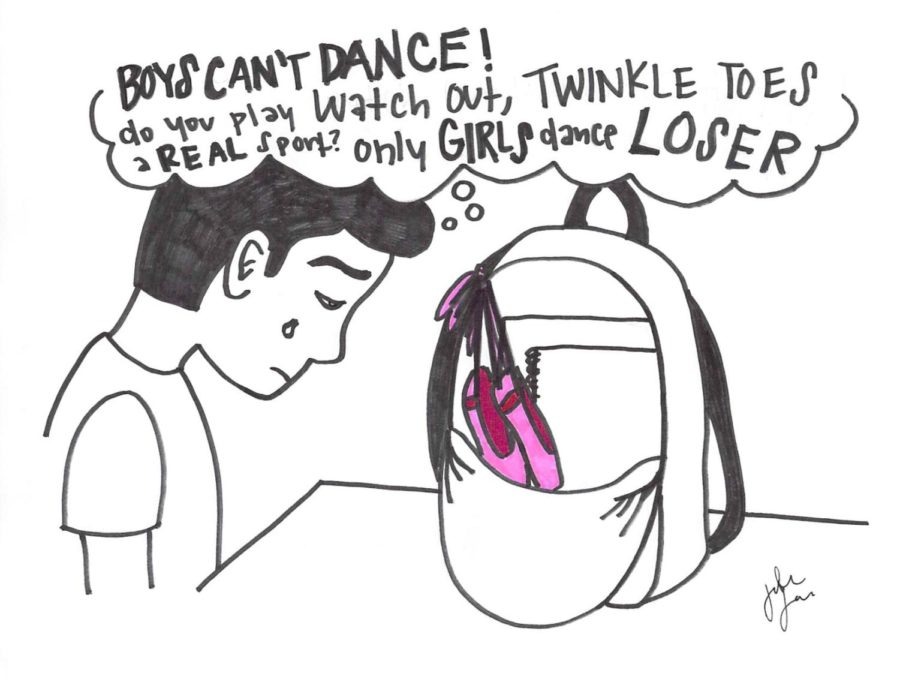 On Aug. 26, 300 dancers gathered in Times Square to take a ballet class in support of the #BoysDanceToo movement after the debate of whether boys can love dance was brought about by Lara Spencer of “Good Morning America” (GMA).

Spencer made comments about male dancers during the Aug. 22 live GMA broadcast . The conversation began after Prince William announced how much Prince George loves dance classes.

Spencer eventually apologized once Americans ridiculed her for “bullying” and “discrimminating.” She is making definite strides toward redemption for her personal mistake, but these comments highlight a bigger issue America has a preconceived notion regarding  what gender can be interested in certain subjects and it is not okay.

It is absolutely appalling and repulsive that someone can mock other human beings because their interests don’t align with society’s views of what each gender should be interested in.

Travis Wall, nine time Emmy Nominated dancer and choreographer for “So You Think You Can Dance,” originally spoke out against Spencer, but also worked with her to educate the nation.

He was a part of the ballet class in the middle of Times Square . He commented on the stigma behind male dancers on “Good Morning America,” where Spencer had three professional male dancers on Aug. 26 to give America an understanding of what it is like to be a male dancer.

I couldn’t agree with Wall more. As a competitive dancer, I have seen amazing works of art and expression from male dancers in a local setting and I think it is so magical when someone can dance because it is genuinely what they love to do. It honestly creates such a wonderful masterpiece that is full of emotion instead of something superficial. It is a shame that people have to be afraid to display this art just because of their gender.

At MHS, we have a diverse and inclusive community. People are into many different activities, hobbies and pastimes. I urge students to praise people for doing what they love and stand up for others who are doing what they believe in. There is no need for ridicule.

In a world full of so much negativity and hate, the least we can do is accept each other’s passion with a blind eye to gender.