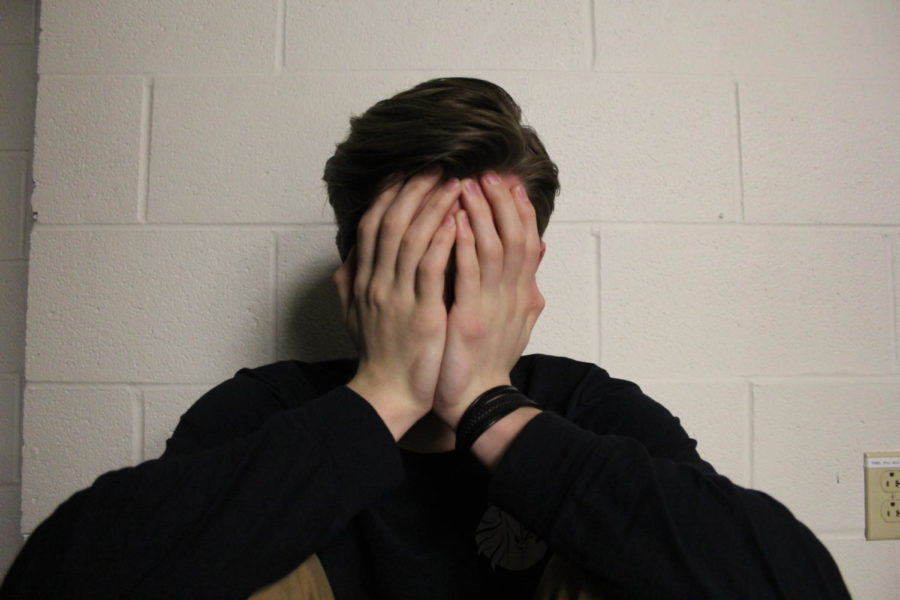 Toxic masculinity can go beyond holding aggressive feelings toward women. It can cause men to hold in their feelings out of fear of being socially rejected.

“Boys don’t cry”: A silly mantra that was drilled into my head by the time I could walk and talk, yet the effect it’s had on my life so far is surprising.

Whether it was something as simple as failing a test that would make or break my grade or as drastic as a friend collapsing from a phantom heart condition, holding back my tears and suppressing my emotions was, and still is, priority number one.

I believe that toxic masculinity explains my inability to open up to other people. To capture the essence of toxic masculinity, think about superhero Tony Stark/Iron Man in the media phenomenon: the Marvel Cinematic Universe.

Tony Stark’s character is portrayed as a socially dominant figure who is quiet about his mistake-loaded past. His stronger regrets pertain to his brash personality pushing several supervillains to act, which caused the deaths and endangerment of not only innocent lives, but also those closest to him.

As the lead star of the MCU, Iron Man has been turned into clothes, video games, food, school supplies and toys, all targeted mainly at children. The merchandising and therein glorifying of Tony Stark’s unhealthy personality among boys and men.

And while there is no statistic that tells how many men suffer from toxic masculinity, Gillette, a $16 billion grooming and shaving supplies company with a strong male demographic, released an advertisement on Jan. 15 regarding toxic masculinity. The ad featured a narrator advocating for men to discard the stereotype that men, and especially boys, are supposed to be callously tough in life and dominant over women. Before it ends, the narrator implores viewers to solve this problem today, so it does not become a problem for our children tomorrow.

A concern over children may seem at first like another heart-bleeding argument, but Associate Professor in gender and sexuality Dr. Jeffrey McCune, Jr., with a Ph.D in performance studies, at Washington University stated that “Men are made and not born.” He said that when children play, boys are often told to “roam and take over” while girls are told to “stay close.”

Dr. McCune further said that these early habits of taking over can lead boys to believe that they can go where they want and do what they want. This sense of freedom, when compared to the girl staying close, can create a feeling that men should be dominant over women. This portrayal of a “real man” creates and perpetuates toxic masculinity.

But that doesn’t mean “toxic masculinity” is just a synonym for sexism. There is also the side of toxic masculinity that prevents men from talking about their sensitive thoughts because it might tarnish how they perceive themselves as a “man.”

This side of toxic masculinity is what I was referring to with the quote “Boys don’t cry.” It causes men afflicted by it to hold in their emotions until they have some type of outburst, whether that be upon themselves or others.

Dr. McCune said this second half of toxic masculinity can explain why. When men’s held-in emotions cause them to have that outburst, those who perpetuate toxic masculinity will bully them for not being traditionally “man enough,” discouraging the bullied and even bystanders from sharing their feelings in fear of having reputation as a “man” damaged.

Ultimately, traditional gender roles hold us down as humans. They prevent men from telling their friends and family what scares them the most. They prevent women from true liberty and success. It’s only natural that, as the next generation, we give women freedom, and to men, a shoulder to cry on.